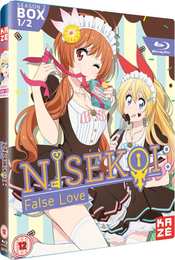 I was reluctant to start watching Nisekoi again, mostly because of a less than pleasant experience trying to stream it when it was originally released to the world. But all of that faded to the background when I got to the second half of season 1, and the episodes that I had never got around to watching. Either that, or the show genuinely gets funnier as it goes along. No matter, as the end result is that I’m a lot more positive about starting season 2, shorter though it may be at just 12 episodes. Not even the Kazé brand on the disc can put me off, as this looks to be one of those rare releases that they got mostly right. 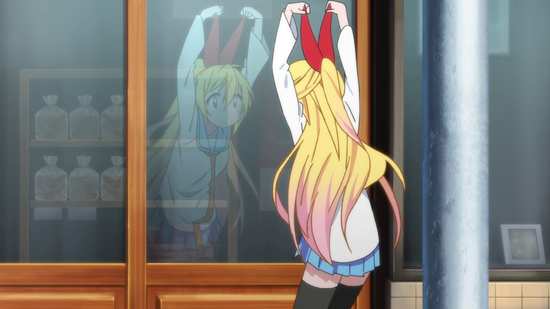 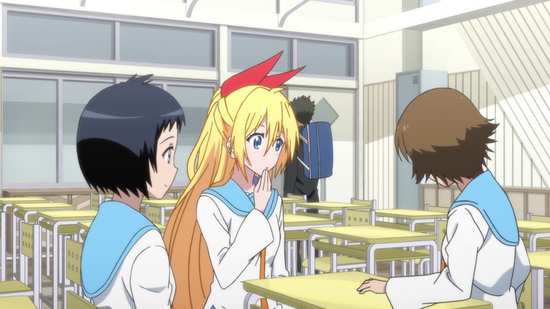 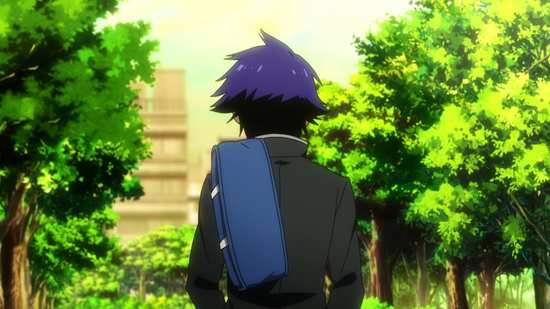 The first six episodes of season 2 of Nisekoi are presented on this Blu-ray disc from Kazé. 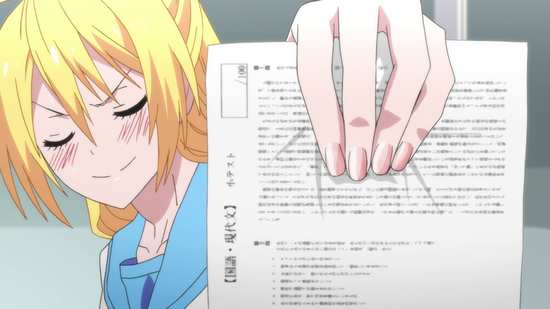 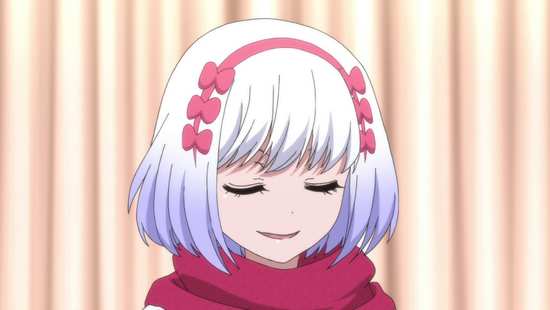 Not that it makes much difference here in the UK, but for the second season, Kazé dropped the French dub for Nisekoi. This time around all you get is the Japanese PCM 2.0 Stereo track with player locked English or French subtitles. The audio is fine, clear and without glitches. The actors are well suited to their characters, and for many, the presence of Kana Hanazawa as Onodera will be a draw. The action is presented well, and the music really suits the show. The subtitles are Kazé’s usual thin white font, easy to lose against busy backgrounds, but they are not too bad for a Kazé release. There were three points on the disc where I felt the lack of on screen text translations, which was a little disappointing, although not too detracting from the stories. 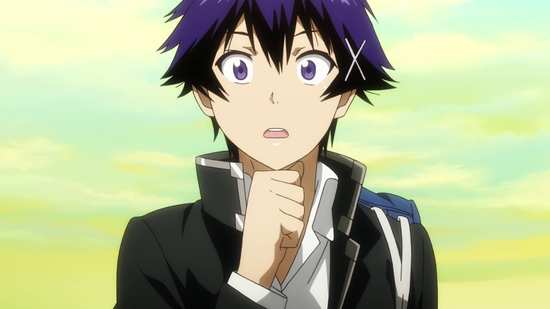 In the season 1 release, even if you accidentally picked the French menu at the start, you could choose the English subtitles and watch from there, but this time around the menu choice locks your subtitle choice as well.

You get the disc in a thin Amaray with clean sleeve art. The release saves the blurb for the o-card slipover which also gets different character art on the front. Alongside the disc, you also get 5 art-cards for the show. 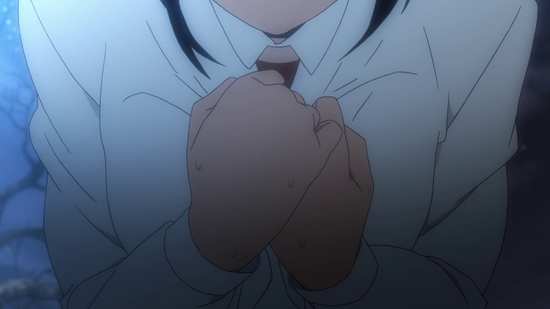 You have the choice between French and English menus when you insert the disc. The French menu autoplays trailers for the Anime Digital Network, the Nisekoi manga and Hamatora the Animation. The English boots straight to the menu.

From the animated menu, you can access the audio settings, the numerical episode listing, and extras in the form of one textless opening and four textless closings. 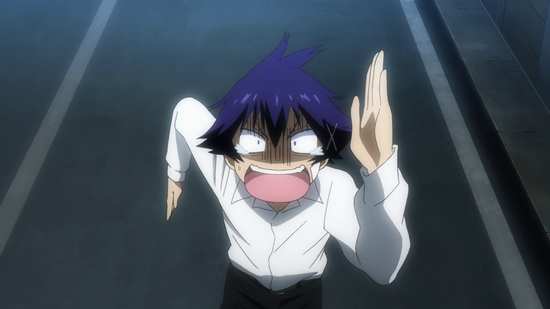 There are negatives to this release most certainly. First there is the episode count, which harks back to the bad old days of single volume release, just six episodes on a disc. It’s a release that feels over as soon as it’s started. Usually shorter run seasons are released complete across two discs. The second thing is that for these six episodes at least, the story arcs explored in the first season, the whole back and forth regarding Raku and his potential promised girl are put on the back burner. Instead it seems the first half of the second season taking that first season as its starting point, only takes the established characters and settings and just has as much fun as it can with them, with six episodes that go purely for the comedy jugular. In that respect it is at least mostly successful, as this is the funniest I’ve found Nisekoi to be so far. 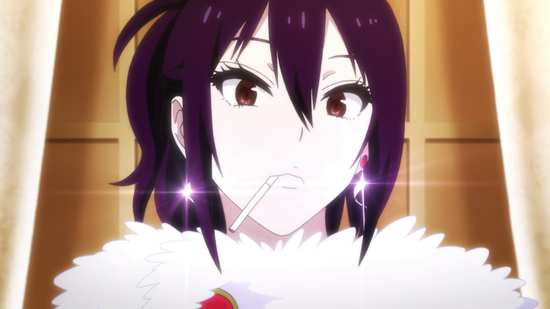 It does seem from the first episode that we might be continuing with the story arc, as Chitoge wakes up one morning, realising that she has fallen for Raku, while the locket returns, repaired, but with a new mystery to be resolved as well as all the other ones continuing over from the first season. But it isn’t long before the episode concentrates instead on Chitoge’s futile attempts to get the oblivious Raku to notice her, with nail polish, lipstick, or changing her hair ribbon. 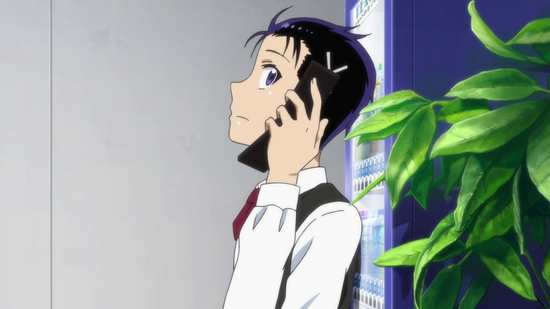 A harem has to grow lest it fades away, and it’s about time for a new girl to join the cast. This time it’s one of bodyguard Tsugumi Seishirou’s former colleagues, an impossibly child-like assassin named Paula McCoy, who misses her former rival in the criminal underworld. Paula makes a violent entrance, claiming that Black Tiger Tsugumi has lost her edge, gone soft ever since she encountered Raku. Naturally Raku gets caught in the middle of the mayhem. 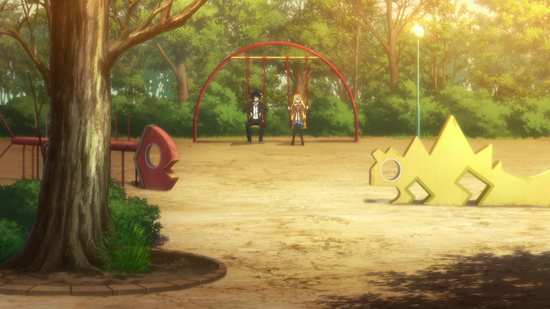 There then follows a two part story where Christmas approaches, and everyone is planning get-togethers and parties. That’s except for Chitoge who is looking forward to/dreading her mother’s return. Hana Kirisaki had Chitoge at a young age, but quickly devoted her life to business, becoming so rich and powerful that she even has her crime-boss husband quaking in his boots. She’s so busy that she barely has time to see her daughter, except at Christmas, and this year she’s expecting to meet her new boyfriend as well. It turns into a mission for Raku to reconcile mother and daughter. 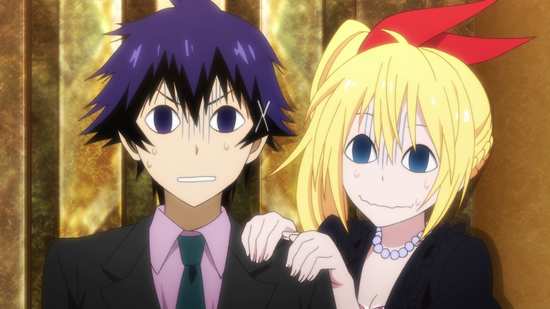 It’s been a whole season since we had a study group episode, so the penultimate episode in this collection sees some intensive love triangle comedy as Chitoge and Raku help Marika, who’s revealed to be an idiot when she gets a zero on her maths test, and a manipulative genius when she doesn’t pass the retest. The disc concludes with a Valentine’s Day episode, as Raku laments the fact that he’s never gotten a chocolate from a girl, wondering if he will ever get one, and conveniently forgetting that he is a protagonist in a harem anime. 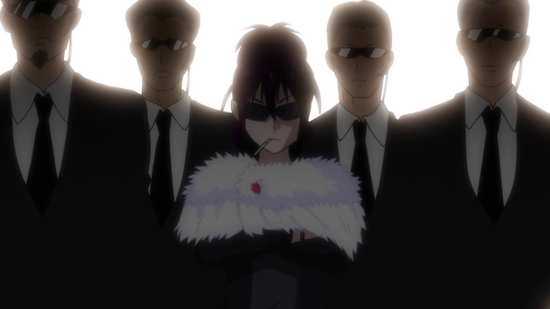 All the clichés and tropes are present and correct in this collection of episodes, the first half of season 2 which goes for the laughs instead of the story. It works too, mostly because the characters are well written, dimensioned, and most importantly likeable. It’s fun to spend 20-odd minutes in their company as they bounce off each other in this anime rom-com. Even if Part 2 of Season 2 fails to continue the story, if it manages to deliver comedy of this standard, it will be no loss at all.