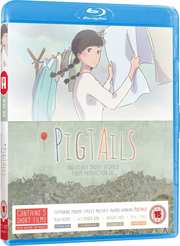 Pigtails and Other Shorts (Blu-ray Details)

Review for Pigtails and Other Shorts

At this juncture in the review, you might expect me to kick off by making a wisecrack about Anime Limited’s release schedules. But there comes a point where such things stop being funny anymore. This collection of short films was announced over three years ago, and it’s only coming out on general retail now. Actually, it came out a month ago, with an exclusive to Anime Limited’s webshop Collector’s Edition, with a couple hundred pages worth of artbooks to accompany the discs. For the purposes of this review, I’m just looking at the Blu-ray disc, which you’ll get with this month’s release of the standard edition to general retail. 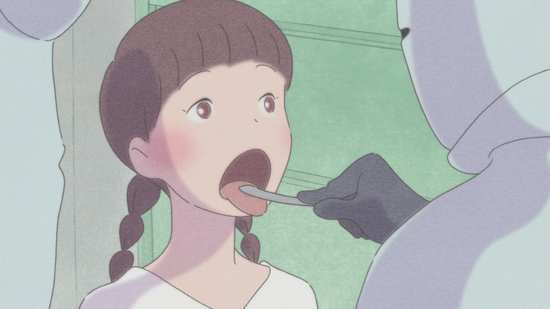 This isn’t the first anthology of short stories that Anime Limited have released. At the end of 2017 they gave us Genius Party and Beyond, which I found to be just too short in length with regards to its animation to really offer much of a hook. Pigtails and Other Shorts on the other hand is more like anthologies such as Short Peace and Memories, in that its constituent parts have enough of a presence to make an impact. And once again, this collection of five short films from Production IG showcases the work of Anime Limited auteur of choice, Masaaki Yuasa in the Kick-Heart instalment. 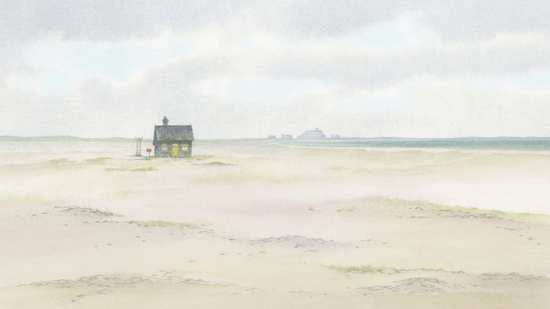 1. Pigtails (28:08)
In a solitary house on an isolated beach lives a girl with pigtails. She’s alone except for the regular visits from the ‘testers’, figures in full-body protective clothing whose faces remain hidden. There is also the daily visit of the postman, not that she gets any letters. Her world is a silent one, although it’s a world where the everyday objects around her have plenty to say. 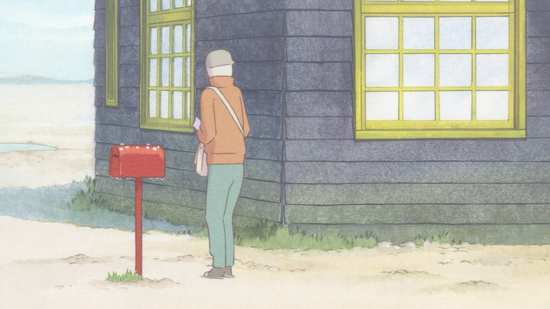 My thoughts: This is an interesting, subdued, pastel coloured animation telling a story that wouldn’t be out of place in a Twilight Zone episode. The human characters are silent, and all that we learn about this world come from the observations and conversations of the inanimate objects around them. It’s a little bit ‘Truman Show’ but with a chilling twist. 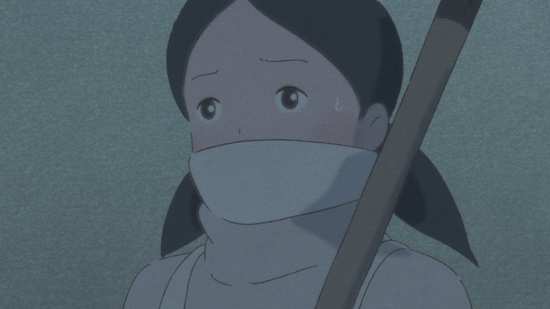 2. Kick-Heart (12:45)
This is the Masaaki Yuasa short in the collection, and it’s typically wacky, revolving around an orphanage, one of the nuns who works there, a former orphan turned patron, and a no holds barred wrestling match between Maskman M and Lady S. 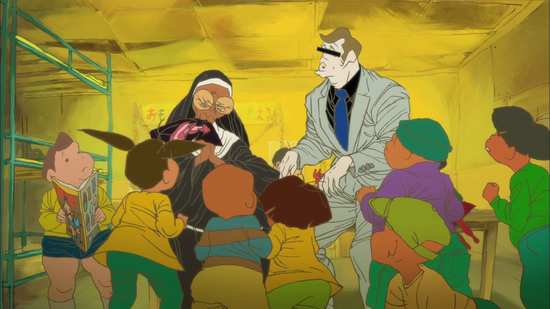 My thoughts: The garish colour scheme is one wobble away from Roobarb, and the story is just as bizarre and outlandish as you might expect from Masaaki Yuasa, but for me it’s a gag and punchline story that will probably only work the once. 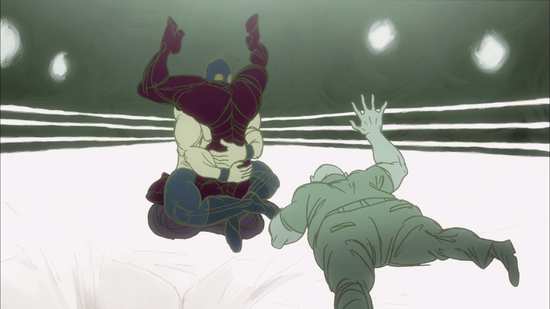 3. Li’l Spider Girl (25:00)
Old bookshops are full of antiquities and legends, but no-one expected a legend dating back to the time of the onmyouji mystics to literally come to life. But that’s what happens when a girl breaks the seal of an old book. The next thing, a genuine spider-girl has moved in with the shop owner. But she may be weaving a web around the owner that could prove fatal. 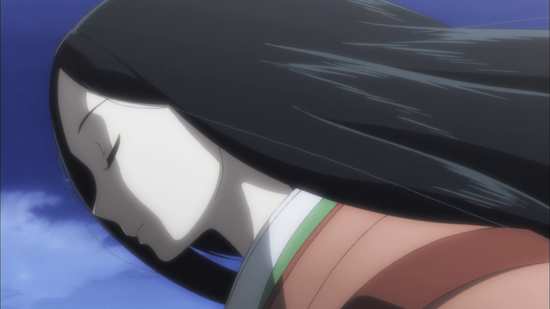 My thoughts: This animation certainly looked more conventional in style, and I really enjoyed its story, replete with engaging characters and a nice premise. It’s the kind of show that has the legs to support a whole series, although harking back to the Twilight Zone reference, this too has a twist that gives the story an ending with finality. 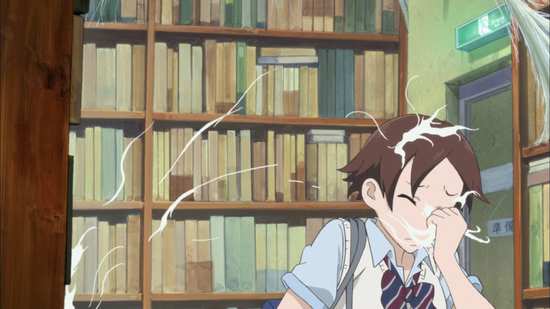 4. Drawer Hobs (24:01)
In another mellow pastel animation, a young woman receives an old piece of furniture from her mother, a chest of drawers. The drawers contain children who move in with her, each of them taking control of some aspect of her life. Slowly these unwelcome guests grow on her. 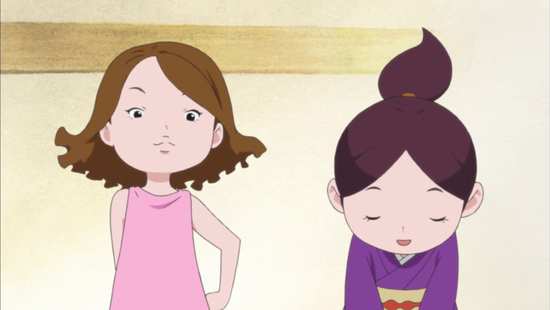 My thoughts: It doesn’t sound like much of a premise, but this was my favourite film in the collection, once more another film that could easily go to series. An everyday office girl whose life is run ragged as she can’t quite work out the work-life balance, finds salvation through the chaos that occurs when six children move in and have a magical effect on her life. 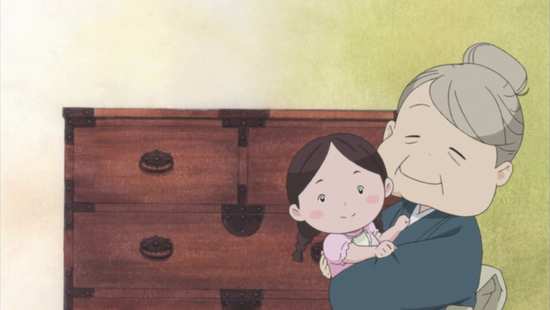 5. Oval x Over (8:56)
A race. Three drivers. Three corners in which we learn their motivations for racing.

My thoughts: This feels like an afterthought, and it has the least impact in this collection. It’s essentially three animations bolted together, and it looks like Redline-lite, but it’s nowhere near as memorable or satisfying.

The first four films get 1.78:1 widescreen 1080p transfers which are fine for the most part, clear and sharp with smooth animation. I spotted some digital banding in Li’l Spider Girl, but the real problem is with Oval x Over, which is even more of an afterthought with its transfer on the disc. You get a 2.0:1 letterbox 480i transfer, a postage stamp on the screen, which you can only zoom in on if you have a Blu-ray player that lets you shift the position of the zoom unfriendly subtitles. It looks pretty bad either way, but at least the first four films look worthy. Kick-Heart did have an English dub, but that is US kickstarter exclusive. What we have here is PCM 2.0 Japanese throughout with player locked subtitles, and other than the Oval x Over subtitle issue, the audio presentation is fine. 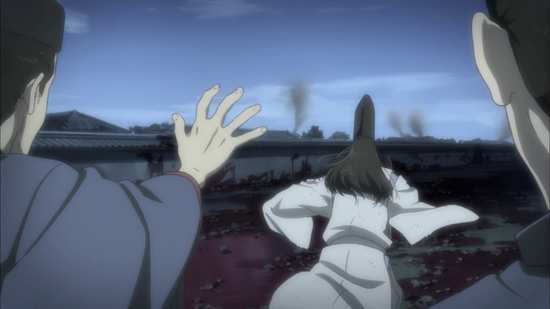 The disc boots to an animated menu. The sole extras on the disc are the trailers for Pigtails, Kick-Heart, Li’l Spider Girl, and Drawer Hobs.

If you want more, you’ll have to go for the exclusive to Anime Limited, Collector’s Edition. 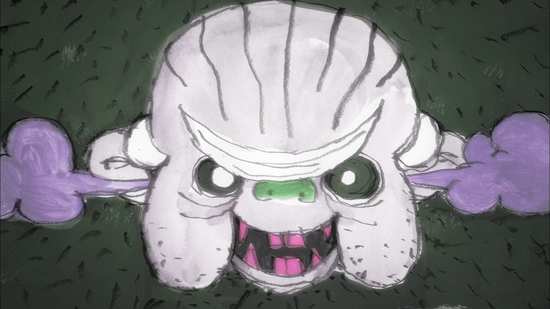 Anthologies are understandably hard to evaluate. By their nature they are an eclectic mix of styles, genres and stories, and not every element is going to appeal to a single person. By that same token, what one person may like, another may not. For me, two out of the five films in this collection hit the spot, yet oddly enough, they’re not the films that you would expect to sell this set. After all, Pigtails is the one film that gets name-checked in the disc title, while flavour of the month Masaaki Yuasa’s Kick-Heart has been a selling point when this release has been promoted. Yet for me, it’s Li’l Spider Girl and Drawer Hobs that really drew my attention. 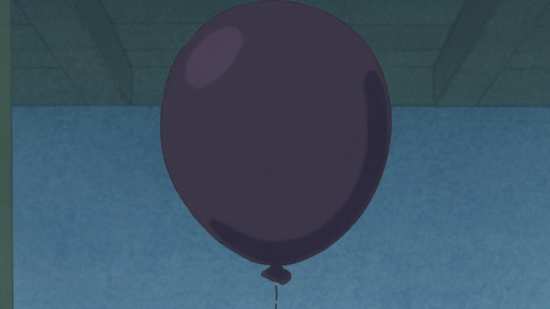 Oval x Over really does let the release down, both in terms of content and presentation, but if you can think of this as a four film collection, then Pigtails and Other Shorts is really quite a solid release. It’s well worth a look if you’re not in the mood for a full course anime meal, and would much rather stick with an aperitif.