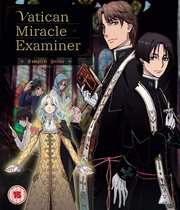 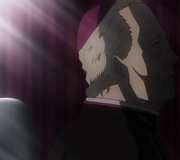 In a world of genre anime that tends to play to the most common fan denominators, I can often find myself sighing when another slight variation on a common theme shows up, no matter how good the show winds up being. There are only so many slice-of-life shows, harem comedies, or giant robot shows one can watch before they all begin to blur into one. I’m always looking for something original, innovative, or simply unusual. It certainly piqued my interest when Vatican Miracle Examiner showed up for review, and reading the blurb about it only made it sound better. A couple of globe-trotting priests try to prove or debunk miraculous events? It sounded like a cross between The X Files and The Da Vinci Code. Then I saw the ratings on IMDB and on the ANN Encyclopaedia. But this time I’m not going to let that affect me. I’m going to go into this show actively wanting to like it. After all, the anime industry’s view of Catholicism can be a little weird, and liable to cause more devout anime fans no little offence. Shows like Trinity Blood and Hellsing Ultimate can make you wonder what they were smoking, and I don’t expect any less from Vatican Miracle Examiner. 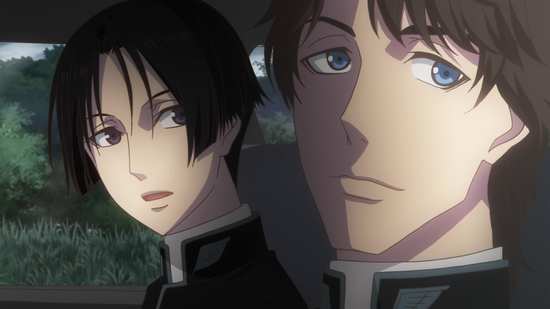 Two priests from the Vatican, Joseph Kou Hiraga, and Roberto Nicholas are tasked with travelling the world, seeking out true miracles and debunking frauds. They complement each other as partners, an accomplished scientist and a meticulous cryptographer. But in their work, they find that certain people will go to any length to have their miracles confirmed, and some ‘miracles’ simply mask something far darker and ominous. 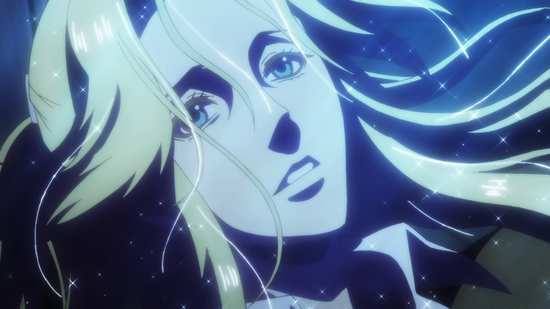 Disc 1
1. Through God’s Succor, My Eyes Are Opened
2. The Endless Unease of Existence
3. Secrets of the Gods and the Beast of 666
4. Even So, I Still Believe in the Lord God
5. The Game of Angels and Demons
6. God Bestows Upon Us All His Revelations
7. Those Branded With a Curse
8. Only Through Death Can We Fully Comprehend Rebirth into Eternal Life
9. The Decapitating Clown and the Tale of Solomon 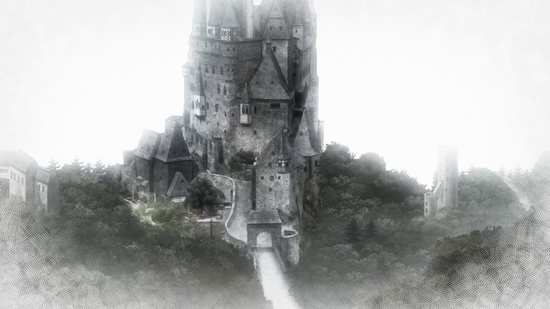 Vatican Miracle Examiner gets a 1.78:1 widescreen 1080p transfer which is pretty decent. It’s clear and sharp, with strong colours, excellent detail with a well thought out world design and character designs. The level of digital banding is just what you’d expect in an anime with a lot of dark scenes, which is a tad disappointing. It’s only once you start watching the show that you realise just how limited the animation is. It’s mostly pans over static images, or pans over characters delivering monotonic exposition. There’s certainly not a lot of action, motion or indeed animation in what is really just a very aesthetically pleasing slideshow. 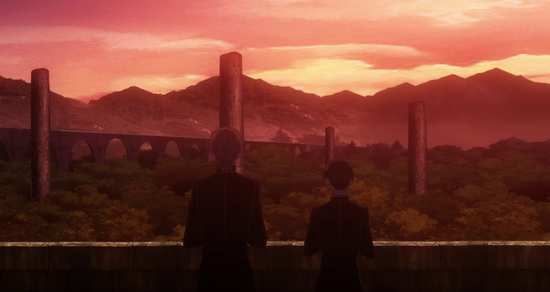 The show gets a DTS-HD MA 2.0 Stereo track in Japanese with locked in English subtitles. The audio is without issues, bringing the dialogue across clearly and adequately representing whatever action there may be. The characters all speak in that peculiar lilt that anime representations of Christian clergy have, which can get a little tiring. There was a time when every priest on UK TV had to sound like Derek Nimmo, and I can understand how useful a stereotypical short cut can be, but when the majority of the cast are priests, you need a little more variety. 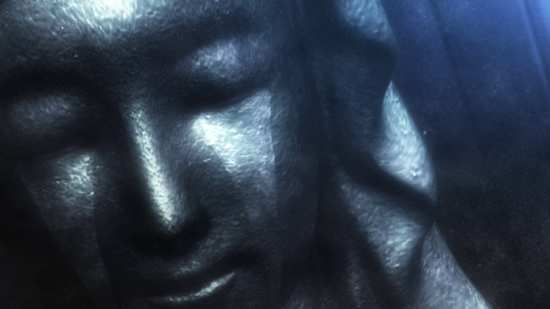 The discs boot to static menus, and the extras on disc 2 comprise the textless credits.

I wanted to like Vatican Miracle Examiner, but it didn’t make it easy for me, and I have to admit that by the second episode I had given up. Instead, I carried on hoping that it would turn out to be so bad that its sheer awfulness would lend it entertainment value. It couldn’t even manage that. 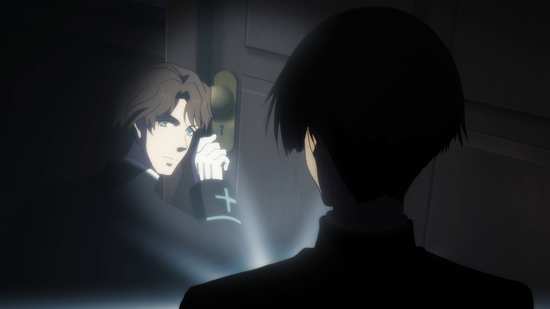 What I mentioned before about the Japanese anime view of Catholicism certainly holds true here. You won’t find too many geneticist priests in the real world. The show also has tinges of BL, homoerotic overtones with its lead characters; they gaze into each other’s eyes a little too often, which will probably make the target audience go squee, but will cause roll-eyes in anyone else. 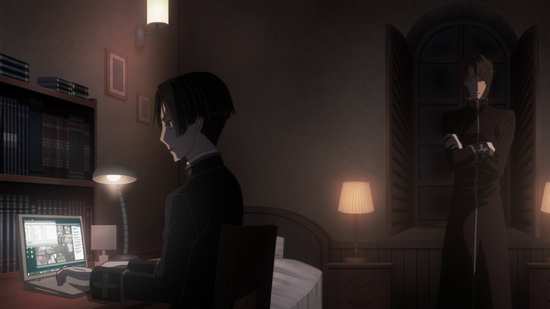 These are small problems though. What really kills the show is the writing. These are characters that converse in exposition; there’s very little emotional depth to them, but there is a whole lot of ‘explaining the plot’ going on. Given that the show’s animation is so limited, and consists mostly of slow pans over people talking, you can guess that this is a production that saved money by not showing so much. It also layers on the plot twists like nobody’s business. It seems that if it isn’t hitting four twists an episode, it’s failing its production remit. 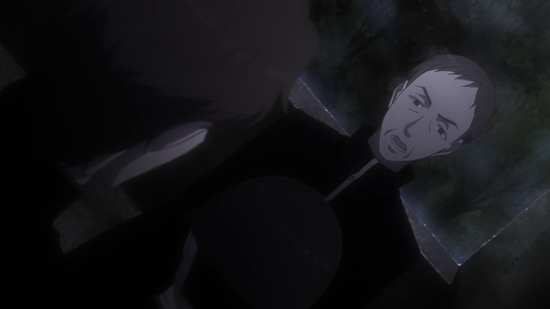 These are stories that begin with immaculate conceptions and end with Hitler clones, an uncorrupted corpse leads to the House of Bourbon’s lost gold, a glowing statue leading to an underground settlement hundreds of years old. And finally, perhaps appropriately, the show can’t work without Deus Ex Machina, which in a mystery show is the kiss of death. This is a show where one of the main characters fails to recognise his own father for four episodes. 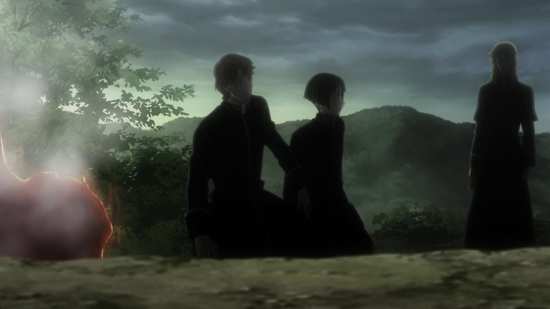 A couple of the stand alone episodes aren’t too bad, and the series ends on a pleasantly silly note with an OVA episode about a secret recipe for longevity, but generally this is a show that can’t be taken at all seriously, and neither does it entertain. It’s another in a long line of many anime that are simply missed opportunities. With a premise like this one, it could have been an ecclesiastical Indiana Jones (it nicks the ‘plane flying over maps’ scene transitions), but instead it turns out to be anything but.