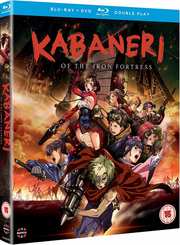 Review for Kabaneri of the Iron Fortress

I never made any secret of the fact that horror is my least favourite genre, in any medium, but another thing that gets my eyes rolling are shows that not only wear their influences on their sleeves, but they also highlight them in neon. In the first two episodes of Kabaneri of the Iron Fortress, I was reminded of Attack on Titan (on a Train), Snakes on Plane (Zombies on a Train), Steampunk Zombies a la Empire of Corpses, a wodgeload of Claymore, a generic Oedo era Samurai aesthetic, and a soupcon of High School of the Dead. Normally, this much armour piercing homage would have me screaming for the hills, only Kabaneri of the Iron Fortress is a Noitamina show, a label that has long been missing from UK home video releases. For a couple of years, Amazon had an exclusive distribution deal with Noitamina for its Prime streaming service, and we didn’t see too much of that distinctive ident on our Blu-rays and DVDs. That arrangement expired not too long ago, and Kabaneri of the Iron Fortress is the first Noitamina show I have seen in quite some time. It’s also a Crunchymation joint release, but in the UK, it falls to Manga to distribute the discs. 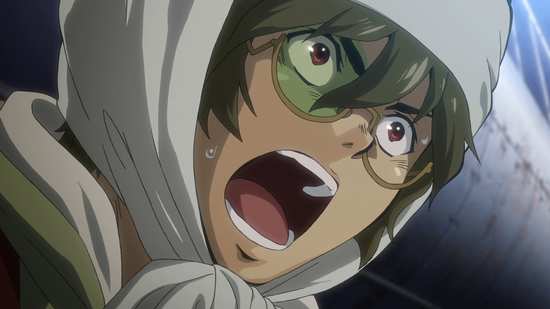 By the way, despite what I said about horror and blatant inspiration, the first two episodes of this show were really good, and what began as a sinking feeling has now turned into a desperation to watch the rest of the show. Here’s hoping that it maintains the quality. 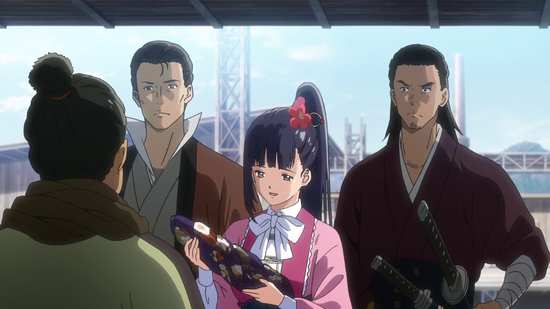 The world has fallen to ruin, creatures known as Kabane now stalk the land, and the surviving people shelter in fortress cities, known as stations, connected by armoured railways. The samurai Bushi protect the citizens, but when the Kabane can infect the people that they bite, also turning them into Kabane, it becomes a ruthless fight for survival, driven by suspicion and self preservation. The Kabane aren’t easy to kill either, their heart is the only vulnerable point, guarded by an iron like cage that is proof against most weapons. 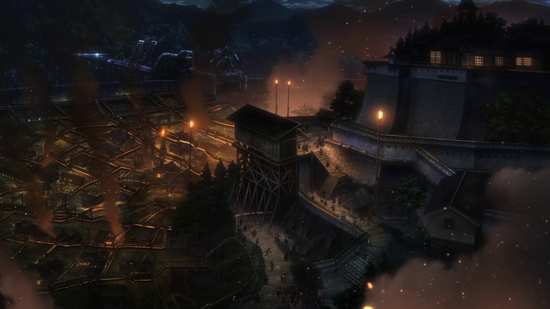 A young railway engineer named Ikoma has reason to hate the Kabane, and has devised a weapon that will penetrate their hearts. But he also has a more positive attitude to life than the Bushi and the ruling classes. He wants to take the fight to the Kabane. He doesn’t get that chance though, as his station is attacked and overrun by the Kabane. He does get the chance to successfully test his weapon, although he gets bitten in the process. He somehow manages to halt the transformation, but he’s become something neither human nor Kabane. He’s become a Kabaneri. He now has a Kabane’s strength and weaknesses, but he remains in control of his faculties. The Bushi’s initial reaction is to want him dead, but alongside another Kabaneri named Mumei, they might just be humanity’s best chance at survival. 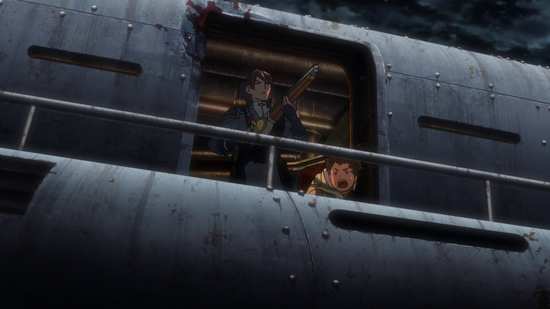 12 episodes are presented across 2 discs from Manga Entertainment. 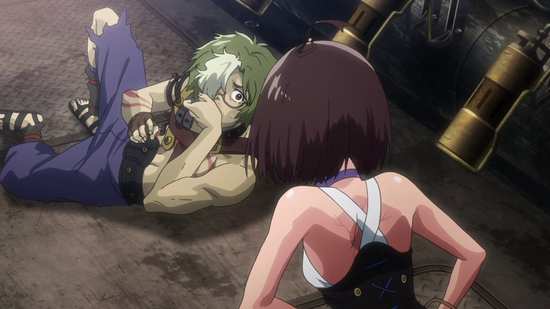 Kabaneri of the Iron Fortress gets a 1.78:1 widescreen transfer on these discs. It’s a fine transfer that brings across the animation without issue. The image is clear and sharp, the colours are strong and consistent, and there is no aliasing, compression or even digital banding visible to the eye. There is some shimmer on fine detail, but that says more about the level of detail in the animation, actually testing the limits of the HD format. Kabaneri is a gorgeous, wonderfully rich animation, with great character designs, an imaginative world design, and smooth and fluid motion. This is a show that verges on theatrical quality at times, and there must have been some serious budget allocated to the show. 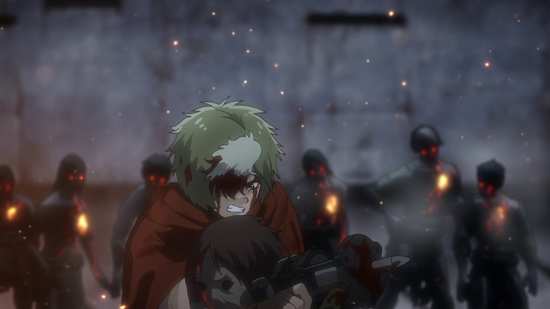 You have the choice between Dolby TrueHD 5.1 Surround English and 2.0 Stereo Japanese with subtitles and signs locked to the appropriate track. I was happy enough with the original language track; the subtitles were accurately timed and free of typos, the action was put across with gusto and the show’s music really impressed, epic and grand as such a story demands. I gave the dub a quick try and found it to be a little hit and miss. 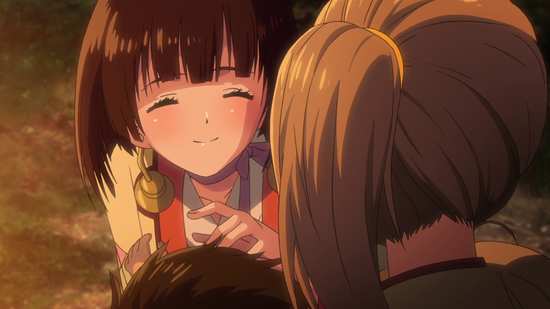 The only extras on disc 2 comprise the textless credits and 4:15 of Promo Videos. 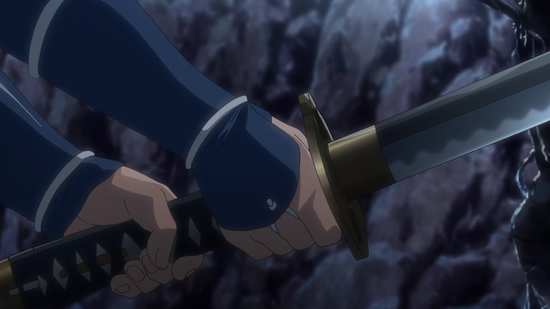 My initial impressions were good. Kabaneri of the Iron Fortress looked like just the kind of show I appreciate, some decent action, with engaging characters, and a rather fanciful story world. After all, zombies in a steampunk samurai world is the kind of pitch that you could easily sell to a Hollywood studio and get some serious SFX budget spent on it, and probably get Vin Diesel and Chris Pine to star. Kabaneri of the Iron Fortress lived up to that, with spectacular visuals and excellent sound, scenery chewing performances as the show deserves, and the kind of storytelling that never lets up in pace, keeps you at the edge of your seat. 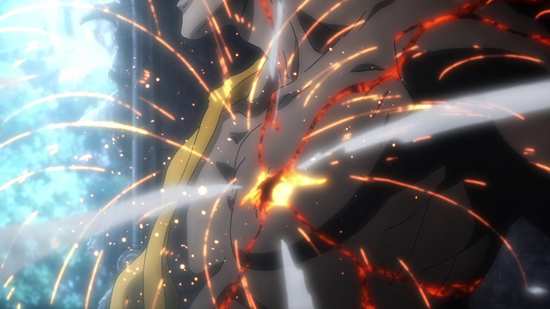 It’s a typical underdog turns good in the face of adversity tale, a post-apocalyptic world where the human race is just about hanging on, where the warrior class get all the plaudits and acclaim for merely defending against the zombie menace (they’re called Kabane, but they’re zombies really), while everyone else is lower on the social ladder. And one engineer has the temerity to want more, to actually take the fight to the zombies. He even gets bitten during an attack, but somehow manages to stave off the infection, instead becoming a hybrid, a Kabaneri, with the strength and the hunger of a Kabane, but with his intellect and personality intact. He naturally puts that strength and intellect to use in fighting the zombies, despite how everyone now distrusts him. Luckily he meets another Kabaneri, a cute kick-ass girl named Mumei, and soon together they are defending the survivors of their station against the zombies as they try and escape the ruins of their home and head to the nation’s capital on an armoured steam train. 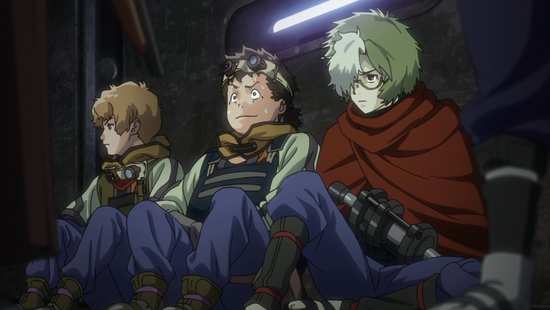 A fast paced, action adventure with plenty of blood and gore and horror, as well as spritely characters and a knowing sense of humour, Kabaneri of the Iron Fortress was going in the rarefied category of anime in my collection where shows like High School of the Dead reside. But then the first chink in its armour appeared. I mentioned in my opening that this is a derivative show, one which wears its influences on its sleeve for all to see. Sometimes that’s not a bad thing, and I certainly felt that way at first. But Kabaneri keeps on lifting from other shows as its episodes unfold, and there is only so much of that I can tolerate. My limit was breached when the ‘Titan’ Kabane appeared, a giant mass of the undead in humanoid form. It’s when what was at the heart of these Hybrid Colonies was revealed that I literally swore a blue oath at my television screen. 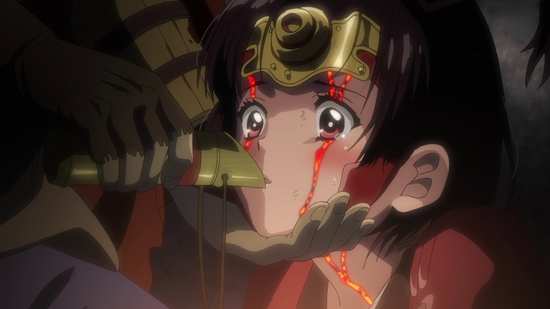 Kabaneri slipped from that elite anime category onto the watchable, fun shelf of my collection, and then it delivered its second disappointment, the flaw that quite a few anime shows like this one have; the villain. I have a preconception of what an entertaining villain should be like, vile, depraved, mercenary, single-minded, and ruthless; all that can be taken for granted. But they also need to be likable, have charisma, have a point of view that we can relate to and maybe even root for just a little. A good villain is usually the best thing about an action movie. In Kabaneri of the Iron Fortress, the villain is a complete and utter four letter word. He’s got the single-minded, irrational goal, and he’ll do anything and everything to achieve it. So far, so motivated. But he also kills people for the sake of it, does the worst, most horrible things without being nudged, and he’s managed to find a few hundred like-minded sociopaths to support his nihilistic vision. You’d think one of them might have thought, ‘y’know, maybe the end of the world is a bad thing?’ There is villainy, and there is villainy so rotten that it begins to obscure what you enjoy about a show or a movie. I hated this character so much, that I spent more energy on despising him than I did enjoying the show. By this point, Kabaneri of the Iron Fortress had lost me. 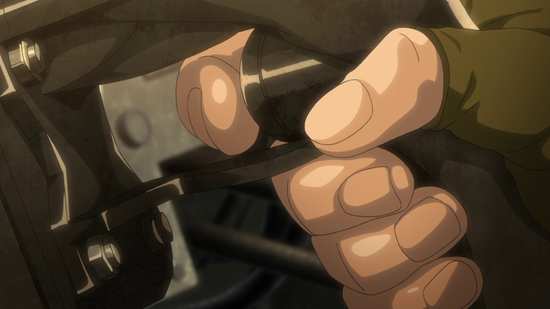 It managed to get me back with its conclusion, the end of the final episode generated enough goodwill to remind me of how the series had started, and it reminded me of the show’s many good points. But in the end, Kabaneri of the Iron Fortress is a missed opportunity, a show that could have been, should have been much better than it turned out to be.