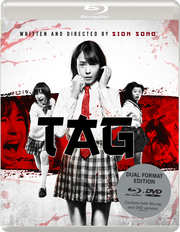 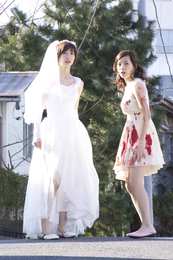 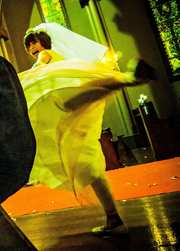 I didn’t want to review this film. Tag looks by its cover to be just another generic Japanese exploitation flick, and I have seen plenty of those. The blurb does nothing to help it either, once again focusing on the violent aspects of the story, making it seem like a teen slasher flick. That was compounded when I watched the film’s trailer, which instantly made me want to put the disc at the bottom of the review pile. It was just one thing that got me motivated enough to request the disc for review, the director’s name. Every single Sion Sono film that I have seen to date has managed to defy my expectations and provoke thought, as well as being downright entertaining to boot. A Sion Sono film is practically a guarantee of brilliance. 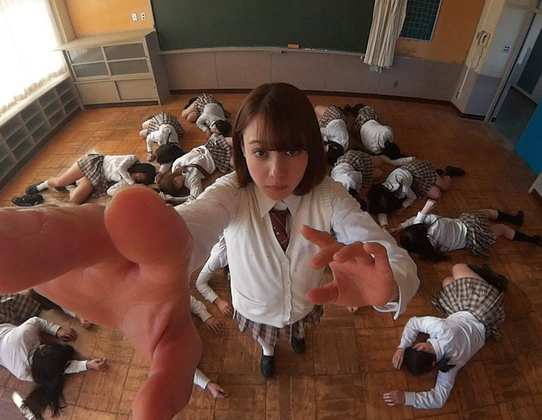 Mitsuko’s school day trip turned into a nightmare. You might think being a soft-spoken, poetic soul on a bus full of loud and boisterous teenagers was bad enough, but when she dropped her pen, and bent to pick it up, the wind came and literally scythed through the bus and everyone else in it, cutting everything and everyone in half. The wind wasn’t done with her yet, and the chase began, killing everyone she encountered. Mitsuko ran, and ran all the way... to school? Where everyone is alive, and her friends Aki, Sur, and Taeko are waiting for her. Is it a nightmare, or is it the start of something much, much worse? 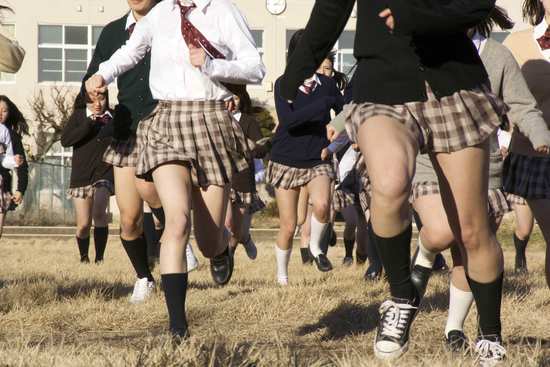 Tag gets 1.85:1 widescreen 1080p transfer, with no issues at all to worry about. The image is clear and sharp throughout, detail levels are great, and the film’s wintery colour palette comes across with stark clarity. The cinematography in Tag is worth talking about though, the best use I can think of combining drones and digital cameras to tell a story, and it isn’t just the ‘wind’s eye view’ at the start of the film. The innovative and imaginative camerawork constantly takes the breath away through the movie. 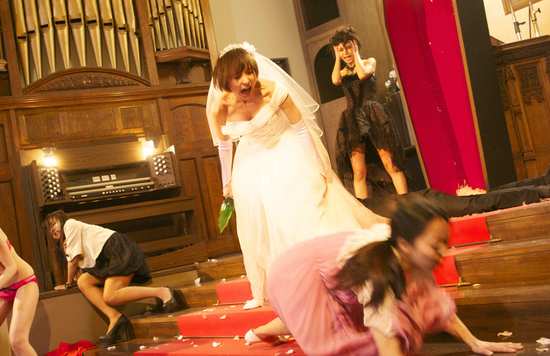 I would have hope for more of a surround experience from Tag, given its subject matter and action sequences, but alas, all we have here is the PCM 2.0 Stereo Japanese track with optional English subtitles. The dialogue is clear throughout, although it must be noted that some background or hectic dialogue is not subtitled. The music really suits the story well, and given a little Prologic polish, the stereo does offer some surround presence. The subtitles are timed accurately and are free of typos. 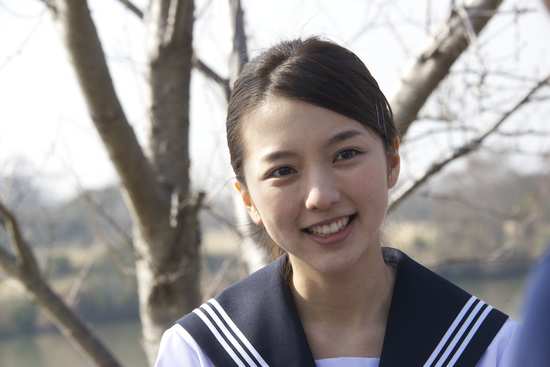 The disc boots to a static menu, and the sole extra is that Theatrical Trailer, which runs to 1:08.

That trailer really is deceptive. It sells the movie as if it’s some girls-only Battle Royale remake, and on that basis, I wouldn’t blame you if you avoid watching Tag. The blurb itself isn’t much better. The thing is that Tag is so much more than all this. It’s the kind of movie that I absolutely love, the mindf**k movie, a film that throws you in at the deep end with a protagonist facing adversity of the sort that only comes from the most gory of horror films, and then leads you on a journey of shifting perceptions, and warped realities that have you questioning everything that happens in the film, but keeps you glued to the screen nevertheless. 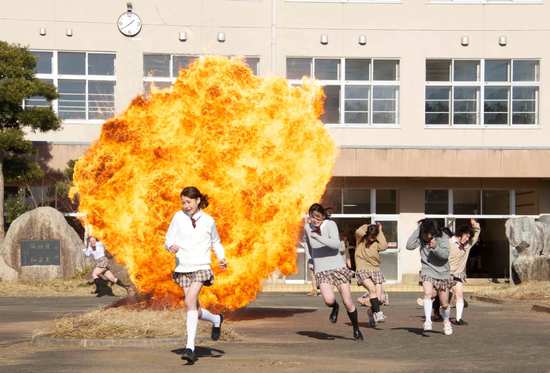 With that kind of film, you can’t blame its trailer; you can’t blame the opacity of the blurb, as you don’t want to give its secrets away before the audience actually sees it. You might hope to gather a few fans of splatter violence, you might tempt a few Battle Royale fans in front of the cinema screen, and then suddenly hit them with a narrative that seems like a cross between Lynch and Cronenberg, and then wait for the word of mouth to take effect. I’ll do my part. You really do need to see Tag, it’s a fantastic piece of filmmaking, not only in terms of its soaring and innovative cinematography, but also in terms of the story that it wants to tell. And of course, keeping with the tone of the trailer and the blurb, I’m not going to tell you what that story is. 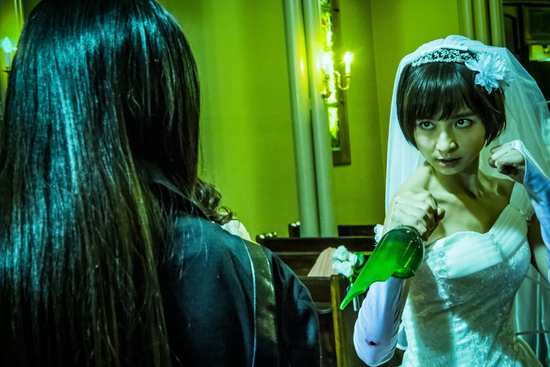 One phrase to pick up from the blurb is ‘pro-feminist action fantasy’, as Tag really is an exploitation flick for our times. Its commentary on the gender power balance, the objectification of women and ingrained misogyny is actually pretty subtle, but made more effective by the film’s denouement. 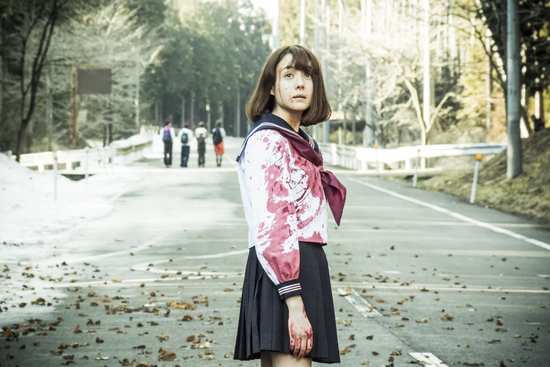 Tag is gory, it’s violent, and its shifting and warped perspectives demand your full attention. It’s a splatter flick that you have to work at, it makes you consider, and it makes you think, and best of all, it has a point beyond just satisfying the exploitation fan in us. Tag has a meaningful and relevant message as well. Once again Sion Sono shatters my expectations with a landmark piece of Japanese cinema. Very much recommended.