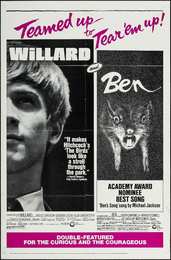 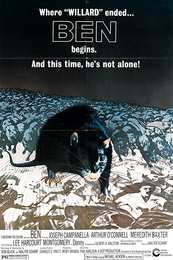 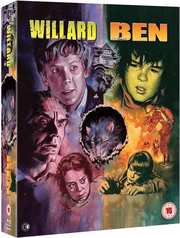 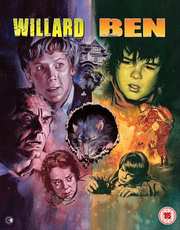 
The rats are on the rampage in two classic 1970s horrors!

They arrive together as a Limited Edition Blu-ray Boxset and as individual releases on DVD and Blu-ray, as well as on-demand and download.

The Limited Edition Boxset exclusively features stunning new artwork by renowned artist Graham Humphreys and includes a collectors poster of the artwork. It will be available on Blu-ray on 30 October 2017 alongside single Blu-ray releases of Willard and Ben.

Daniel Mann’s 1971 classic horror film based on Ratman’s Notebooks by Stephen Gilbert, inspired a new generation of horror films with animal predators and stars Bruce Davison as the eponymous Willard alongside Ernest Borgnine, Sondra Locke and Elsa Lanchester in one of her last ever appearances.

Meek misfit Willard Stiles doesn’t have much going for him. His overbearing mother constantly screams at him, he’s ruthlessly bullied by the boss who stole his father’s business and mercilessly laughed at by his co-workers. Willard eventually turns to a colony of rats for friendship, and with training they will soon do anything for their new friend. It’s time for Willard to get even.

With its world-famous theme song sung by the one and only Michael Jackson, Ben - the sequel to Willard - was originally released in 1972 and stars Lee Montgomery as Danny Garrison alongside Joseph Campanella and is directed by Phil Karlson.

Danny is a lonely young boy with a heart condition who finds a friend in Ben, a rat once trained by misfit Willard Stiles. His new best friend protects him from bullying and keeps his spirits up through hard times. But all is not well in Ben’s colony and the other rodents terrify the town with a series of violent attacks. The police are determined to wipe them out. Can Ben survive? Who will prevail in the battle of rat versus human?

Director of Photography:
Robert B. Hauser