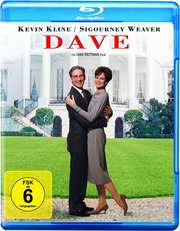 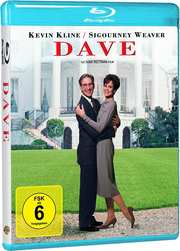 When I first got a Blu-ray Player, Dave was at the top of the list of the titles that I wanted to upgrade. Actually, scratch that. I’ve been meaning to double-dip on Dave the minute I pressed stop on that DVD disc. It was a horrendous transfer, a DVD 10 in a snapper case from Warners, with the widescreen version on one side, the pan & scan on the other. The audio was just about adequate, but the image was a compressed mess, over-burdened with grain, and dull and flat of colour, beyond what you’d expect from a movie made in the early nineties. Barely watchable on a CRT set, it looked horrible on an HD flat panel display. Unfortunately, it never got a second chance on DVD, and when it eventually came to the Blu-ray, that disc never saw a UK release. It is a Warners all Region jobbie though, and I found it most economical to import the German disc, even with the Teutonic sleeve blurb and the prominent age rating. 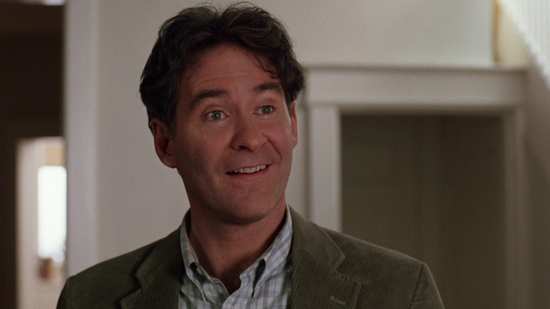 Dave Kovic runs a temp agency and moonlights in his free time as a presidential look-alike thanks to his uncanny resemblance to the chief of state. Of course this is ideal for the White House, who often use lookalikes for security purposes. When the Secret Service visit Dave for this purpose he is glad to help, to stand in for the president. Things go terribly wrong though when President Bill Mitchell suffers a massive stroke while involved in ahem, affairs of state. This is potentially disastrous for White House Chief of Staff Bob Alexander, who is the power behind Bill Mitchell’s throne. But Dave offers an amazing opportunity. With Dave installed temporarily in the White House and a financial scandal designed to remove the Vice-President, Bob Alexander is a dead-cert for the big chair. But he hasn’t planned for one thing, Dave is good at the job, so good that he manages to charm the First Lady who up till now has held her husband in contempt. 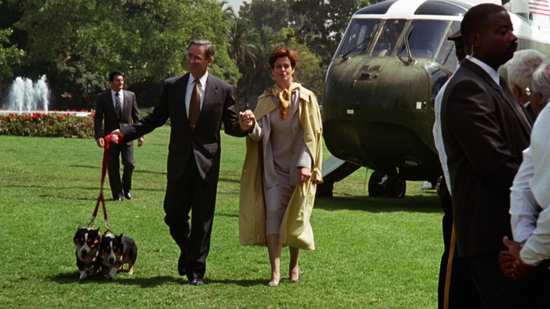 Dave gets a 1.78:1 widescreen 1080p transfer on this disc. It’s not a great one. Actually, it looks as if it shares the same source as the DVD release, when it comes to lacklustre and uneven colours, while light print damage and frame wobble make it seem as if nothing in the way of restoration or re-mastering was done. The image is soft, and there is a constant layer of film grain (not the granularity of the DVD transfer thankfully), a little noise on the finest of detail, but by far the worst issue would be crushed blacks. There’s a scene early on where the homogeneity of a sea of tuxedos might have you thinking ill of this disc. But generally Dave on Blu-ray offers considerable improvement in terms of clarity and detail. There are even moments where the film looks as if it’s actually in full HD, but generally the effect is that of a top-end DVD release. That is much, much better than the original DVD, but not really what you would hope for from a Blu-ray. 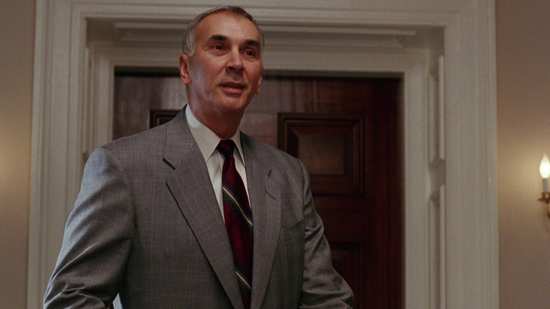 You have the choice between DTS-HD MA 2.0 Stereo English, DD 2.0 Stereo German, Spanish and Portuguese, with subtitles in these languages and French. It’s a perfectly adequate audio experience, reflecting the original stereo nature of the film. The dialogue is clear, and the music comes across well. 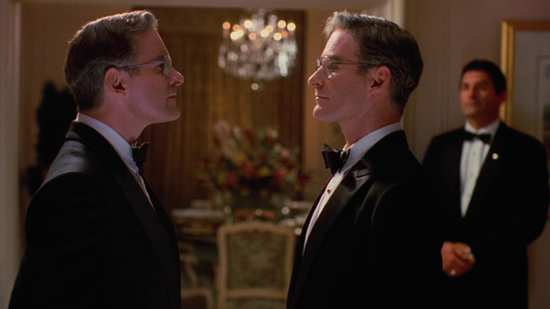 This is a wholly uninspired release from Warners, merely a retread of the DVD release, but in a Blu-ray high definition overcoat. Just like the original US DVD release of the film, you get The Making of Dave EPK featurette (6:36 480i), and the Theatrical Trailer (2:10 480i).

The disc is presented in a Blu-ray eco-case with bits of plastic cut out front and back, and it boots quickly to a static standard Warners menu. 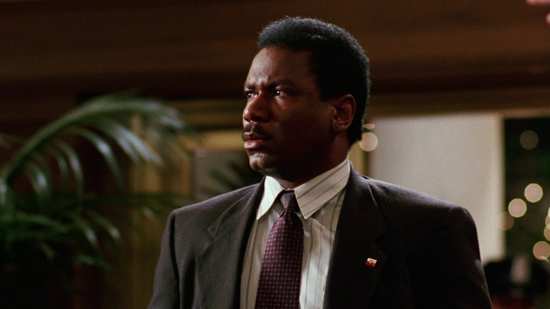 This is another one of those titles where the Blu-ray is a drastic improvement over a very poor DVD from early on in the life-cycle of the format, and is perfectly good enough to watch, but isn’t what you’d hope for from a decent Blu-ray disc. Given how Dave was treated on DVD, I wouldn’t hold my breath hoping for a 4k re-master any time in the near future. 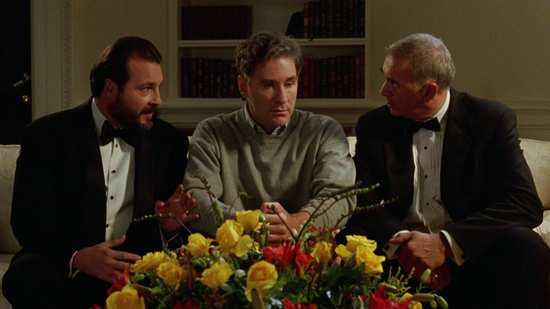 However, any thought of the technical qualities of the disc are by far outweighed by just how much I needed the escapism that this film provided. Back when I reviewed the DVD, I thought that it was a nice romantic comedy with political trimmings, superficially immersed in the Washington political system, given verisimilitude by cameos, locations and sets, but ultimately shying away from the difficult questions around power and the pursuit of the same. It was a feel-good movie, but naive in many ways about its subject matter. 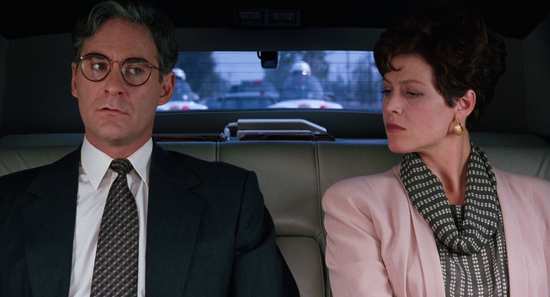 Fast-forward to 2017, and now this film is pure wish-fulfilment escapism. Turn on the news for five minutes any time of the day, and I can guarantee a descent into depression will start within five minutes, and for me, most of that is down to the current occupant of the White House. I want there to be an anti-Trump lookalike out there in the world, I wish that there would be a sudden, inexplicable volte-face in the Oval Office, that suddenly we’d get a Trump that was humane, empathetic, and more concerned about doing the job than playing golf. Of course that isn’t going to happen, but watching Dave lets me pretend for two hours. 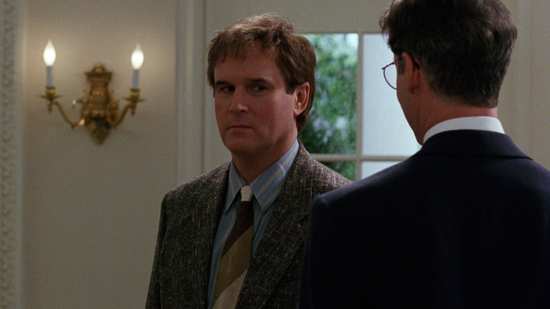 Dave is a delightful comedy, with a stellar cast and with director Ivan Reitman at the top of his game. It’s funny, it’s heart-warming, and it harks back to a nicer, kinder sort of politics. It may be a kind of politics that never actually existed, but living in a world where the only politics that we see is nasty and self-aggrandizing, Dave reminds us of what we should aspire to, not what we should sink to. As mentioned, this Blu-ray is good enough to watch, and most likely as good as we’ll ever see this film.