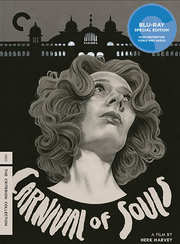 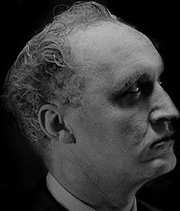 Review for Carnival of Souls 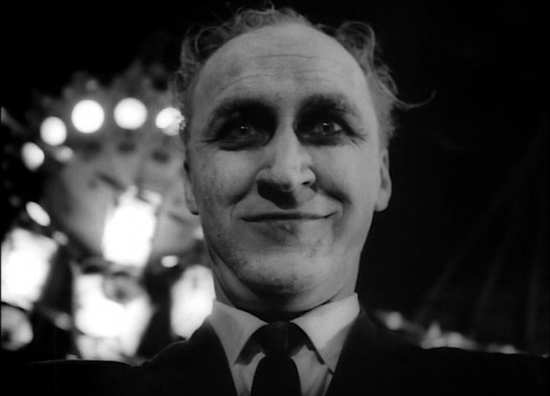 Until this release, I had no idea just how brilliant a film ‘Carnival of Souls’ is. It’s MY sort of film – quirky, cultish, fiendish; taking me back to a misspent youth staying up late on a Saturday night to watch Dr. Creep host horror films just like this one in small-town Ohio in the very early 1970s.

Although it has long been on my radar, I have never bothered to watch it as I knew it had fallen into the public domain which, from previous experimentation, often meant godawful quality transfers that were barely watchable. So when I learned that it was film destined for the Criterion treatment, I couldn’t wait to give it a watch. It certainly didn’t disappoint. In fact, it was a joy from start to finish and will get another airing before Halloween is over. 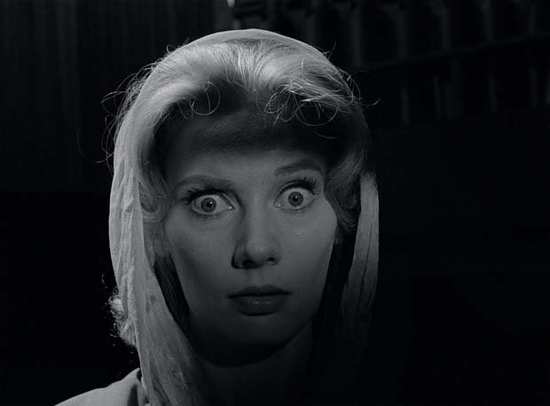 The history of how the film came to be is worthy of mention before I dive too deeply in. Produced on a paltry, highly independent budget by a couple of employees from Centron, a rather good ‘corporate / industrial’ films outfit based in Lawrence, Kansas; at the time the least ‘Hollywood’ location imaginable. Herk Harvey, a director at Centron, happened upon a deserted carnival / pier whilst driving past Salt Lake City. Once a grand and highly populated venue, the lake had retreated around it and, following a series of commercial disasters including fires, it now stood, virtually intact but entirely empty. It struck him as a great place to make an inexpensive feature film. When he returned to Kansas he shared his idea with staff scriptwriter and the pair set to work, planning to shoot it over a two-week vacation with local actors from the University. What they achieved, now seen in this pristine transfer, is truly remarkable. 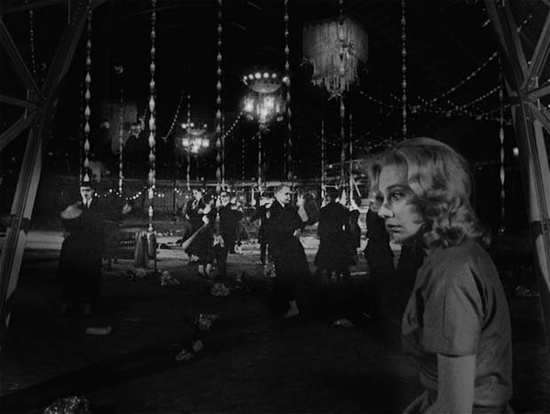 The film starts with a street drag race between some local boys and a car full of girls. As they race across a bridge, the girl’s car plunges into the lake below, presumably drowning all the car’s occupants. But after some hours of searching have passed, one of the girls, Mary Henry (Candace Hilligoss), emerges from the water. Apart from looking a bit spaced out, she looks fine. Following the accident, she decides to take a post as a professional organist at a church in Utah, despite having no real religious proclivities.
When she arrives in the town, everything seems fine, if a little strained (cue David Lynch) and she settles in to her new role. She rents a small apartment in a local boarding house and starts her role, playing a large, impressive organ in the local church. The minister, a kindly man, invites her out for a drive and they pass the abandoned carnival. She is strangely drawn to it and, despite warnings from the minister about its safety, is determined to return and explore it properly. 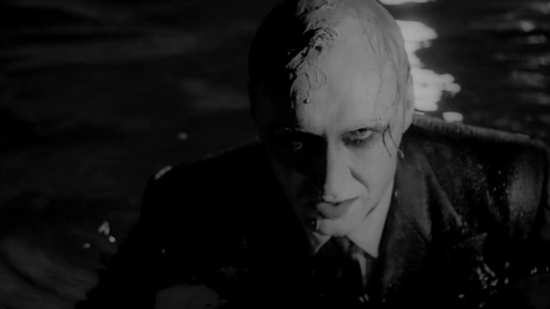 Then things start to go strangely awry, sometimes in very human ways (her male neighbour seems positively predatory in his advances) but often in other worldly ways too. There are moments when Mary feels faint, only to discover that she has somehow crossed some weird line to another world where she is able to see everyone else, but they can no longer see her. Or where she falls into a reverie practising the organ and begins to play some forbidden and demonic tune, after which she is sacked. And who is the strange, pale ghostly man that she sees reflected in mirrors or windows? Or when she visits the empty carnival to be confronted with zombies that pre-date those in Romero’s ‘Night of the Living Dead’ and which pretty much set the mould for them. 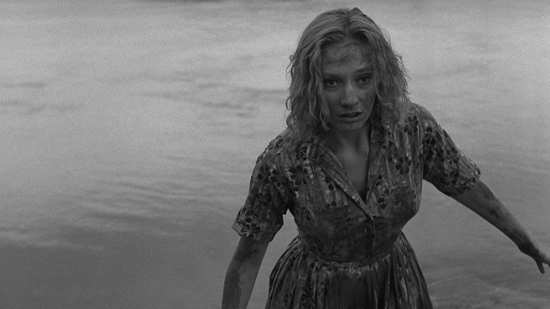 Throughout, the atmosphere is heavily enhanced with some superbly shot, high contrast black and white cinematography; an exclusively organ-only soundtrack (maybe for budgetry reasons but it works a treat); and some deadpan performances which seem positively Lynchian in their approach. Apocryphally, the film was quite an influence on David Lynch’s ‘Eraserhead’ and it’s easy to see why.

In one of the many extra features, someone notes that the film was released in the same year as Alain Resnais' ‘Last Year at Marienbad’ and, tonally, the similarities are remarkable. Maybe there was something in the air in 1962? Refreshingly, both the director and script writer laugh off any deep analysis of the film, claiming they were just trying to make a spooky film on a budget, which, to be fair, they did and then some. 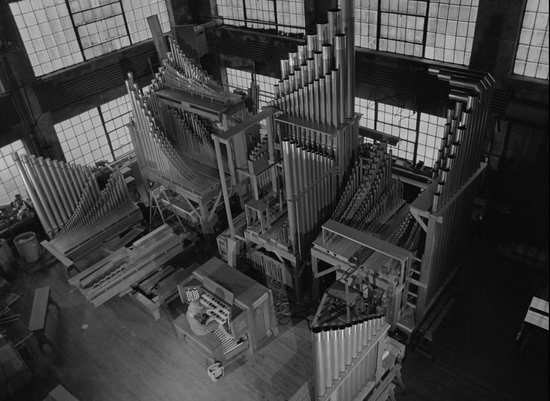 The version used by Criterion for this release is a much cleaned up version of the shorter cut – which was how it initially ran, reduced to 78 minutes in order to squeeze it into a double-bill. However, they also include three of the cut sequences separately which no longer survive in such a pristine state.

Presented in its original aspect ratio of 1.37:1, encoded with MPEG-4 AVC with a 1080p transfer, it looks amazing given its source. Here’s the transfer blurb from Criterion. 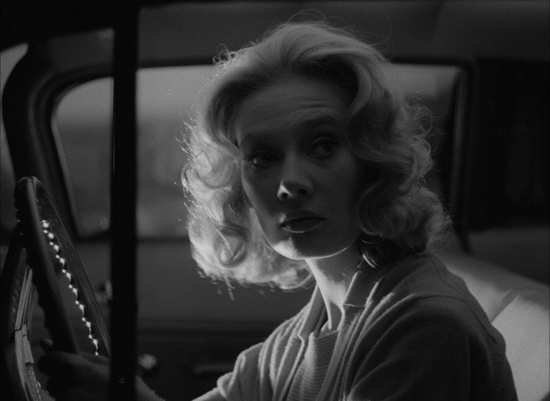 Audio-wise there is just one track, English LPCM 1.0. and audio is excellent throughout – clearly the result of more care and attention in the transfer from the original negs.