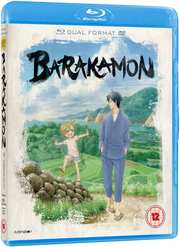 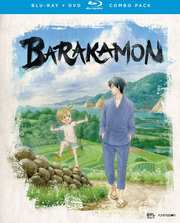 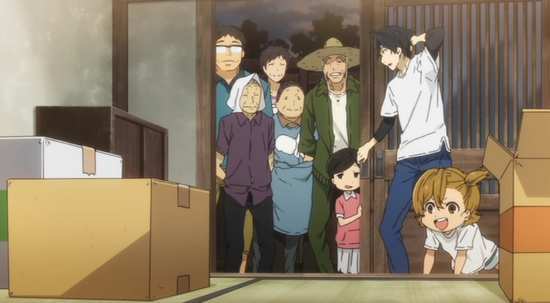 I watch maybe four of five anime series a year, usually as a result of the generosity of our in-house professor of all things anime, Jitendar Canth. Having already bought this series, and with a pending pile of review discs as high and precarious as the leaning tower of Pisa, he asked if I would like to cover the new dual-format release of ‘Barakamon’, a 12-episode series which aired in Japan in 2014. 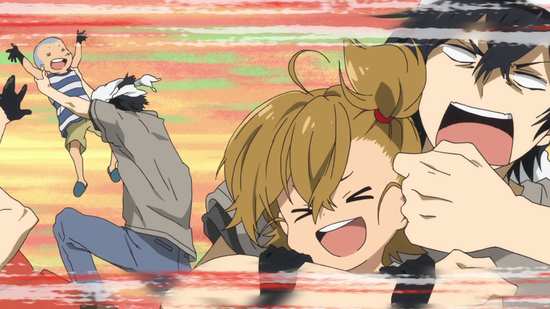 Based on a popular manga by Satsuki Yoshino, ‘Barakamon’ is a somewhat unusual series in that it deals very much with art and the trials and tribulations of the artist. Seishu Handa, although very young, is a renowned calligrapher (the art of producing decorative handwriting or lettering with a pen or brush), a much respected traditional art form in Japan.

Although he is much revered as an artist, and is unarguably technically brilliant, he is riddled with self-doubt. This manifests itself in a dramatic way when a critic at a large show suggests that his work lacks a ‘voice’ or any spark of originality. Seishu reacts by punching ‘the old man’ before storming out of the exhibit, leaving his dealer to pick up the pieces.

His father insists that he cools down and spends some time on the very quiet Goto island in order to contemplate and figure himself out. 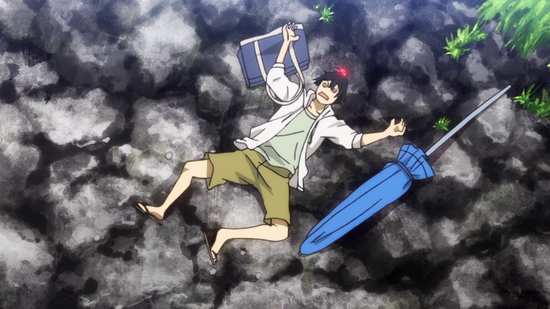 At first, it seems that the idea will be an unmitigated disaster. When he arrives from Tokyo, the pace of life is very different in Goto which seems very provincial, if not somewhat backward. He arrives in the small village at the heart of the island and sets up home in a small house set aside for him. Looking forward to some quiet, it’s not long before his home is full of kids (they’ve been using as a den whilst it was empty) and many of the locals arrive univited to help him unpack.

He is welcomed into the community without question, despite some thinking he looks like a ‘rock star’, and grudgingly he begins to warm to some of the local characters. There are no airs and graces or grand talk about great art and before long he becomes inspired by their simple, uninhibited approach to everyday life. 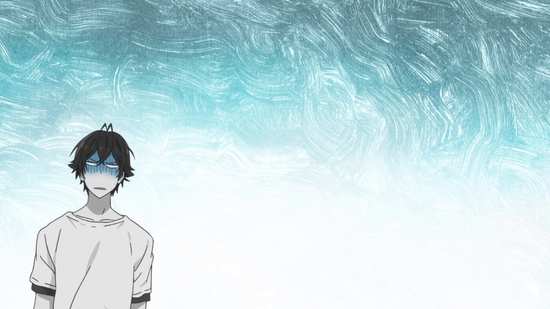 His closest allies are the village kids. Naru for example is a fun-loving 5 or 6 year old who is utterly fearless; initially driving Seishu nuts with her consistent noise around him and her insistence that they spend half the day playing or swimming or fishing. Despite her capacity to interupt, she has a heart of gold and before long their bond is strong.

Miwa and Tamako are a two giggly teenage girls who are initially put out that Seishu has taken over their den but they are intrigued by his art and  he is soon tutoring them in calligraphy to help them with their school work. 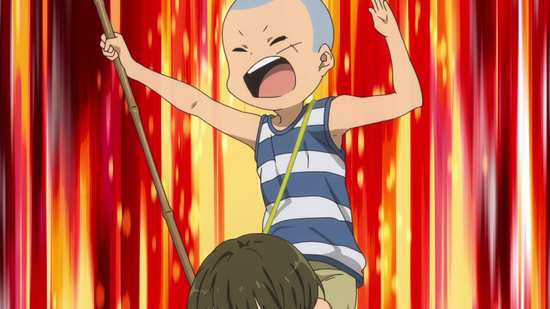 Naru’s weird friend Hina comes along on occasion too – prone to bursting into tears if she is sad or happy. Which is most of the time.

Not all runs smoothly though. Hiroshi, the son of the village head, is initially hostile to Seishu and, in particular, to the fact that his mother keeps feeding him. But before long, the two bond as friends too and Hiroshi becomes instrumental in helping Seishu though his artistic funk and to a better place as an artist. Which is sort of what the series is all about. 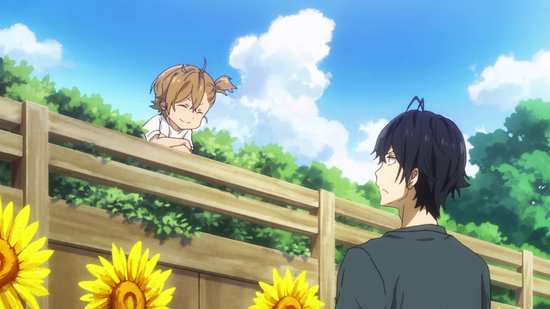 Although there is a gentle pace to the series, despite its short length (just 5 hours in total), it’s just a fun mix of everyday life and Seishu’s journey of self-discovery – leading to him finding his own voice and being at peace with not always being ‘number one’.

There is time for a revisit to Tokyo, and for his Tokyo team to visit Goto (along with a young ‘disciple’ who is also a brilliant calligrapher but who seems to worship Seishu) but the heart of ‘Barakamon’ is played out in the gentle breeze of the remote island. 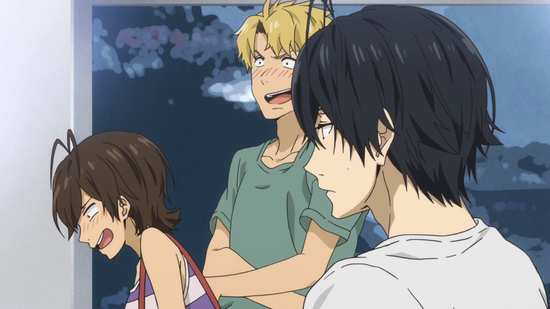 Whilst it may sound a little dull on paper, it’s actually a strangely compelling watch and very enjoyable. I suspect this will never make anyone’s top ten anime of all time list, but it most certainly won’t make the top 10 worst either.

I went with the default US English dub which worked for me and seemed very sympathetic with the characters. Image quality is good although what the logic was in putting 9 episodes on the first disc and just 3 on the second was, we’ll never know! (The DVD had 7 on the first and 5 on the second which is marginally more logical I suppose). 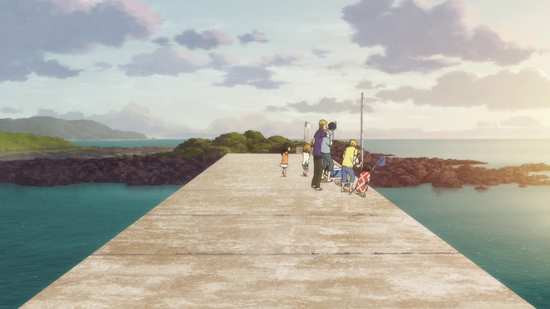 Apparently it was animated by Kinema Citrus, which doesn’t mean much to me, but it was certainly nicely done, with some truly creative flourishes taking this, on occasion, beyond anime by rote. It certainly has a warm and calming vibe with plenty of scenes set against the sea or lush countryside.

Extras are confined to US commentaries on two of the episodes and then a couple of Japanese TV spots as well as clean versions of the opening and closing sequences. 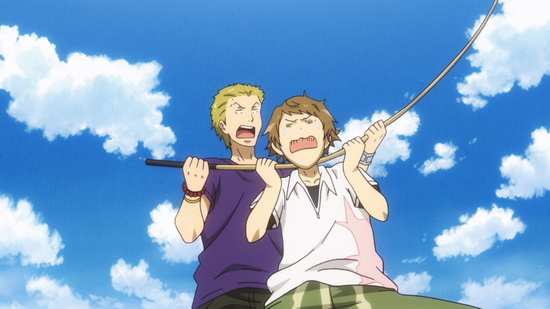 ‘Barakamon’ is a perfectly formed little series that is warm, fun and easy-going. It won’t shake your world but will be a nice addition to your anime collection and one to put on if you’re in the mood for some easy going, light entertainment with a real heart – and a kind of moralistic, life affirming tale to boot. Nice.