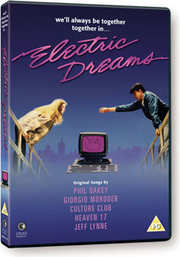 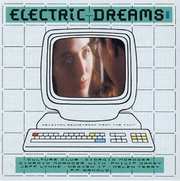 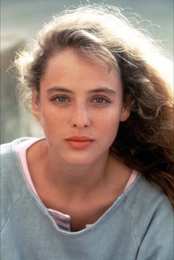 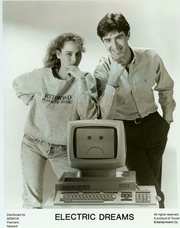 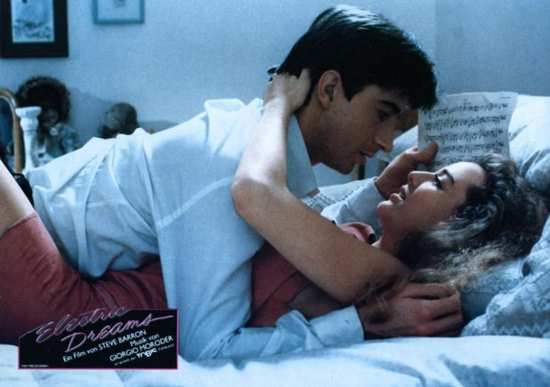 It’s 1984. English music video director Steve Barron, still flushed with the success of having directed the video to Michael Jackson’s ‘Billie Jean' and The Human League’s surprise MTV smash hit ‘Don’t You Want Me Baby’, is asked if he’d like to direct a feature film. He asks a family friend, Richard Branson and Virgin to back it (it may well have been the only film to bear the logo) and a bunch of Virgin music talent to appear on the soundtrack. They agree. The film is going to be about computers (this was the year Apple released their first Macintosh for home use); a romantic comedy full of zany fun. What could go wrong?

The plain truth is that, apart from the incredible and slightly nerdy 80’s nostalgic kick this film delivers, not only through the fashion, the music and the style of filming, but through its portrayal of computers, it pretty much misfires on most counts. 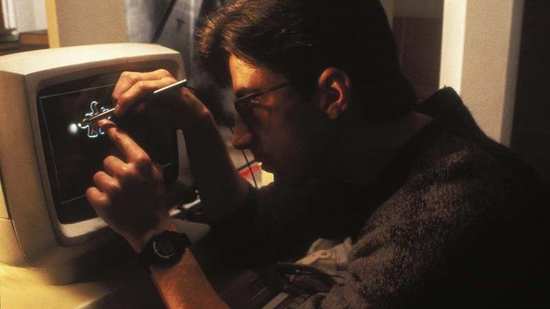 I remember going to the cinema to see it with high expectations. The single ‘Electric Dreams’, from Giorgio Moroder and Phil Oakey, had already charted and the video featured a teasing trailer that looked pretty good. I recall feeling disappointed, as did my girlfriend and anyone else I knew who went to see it. Unfortunately, it’s a film that adds up to something much less than the sum of its parts. Viewing the film again, 30 plus years on, I think it could have been a combination of over stylised direction, and a badly cast lead (for the male part) who seemed to speak out of his nose with an unconvincing lack of energy which was supposed to equate with cute nerdyness. 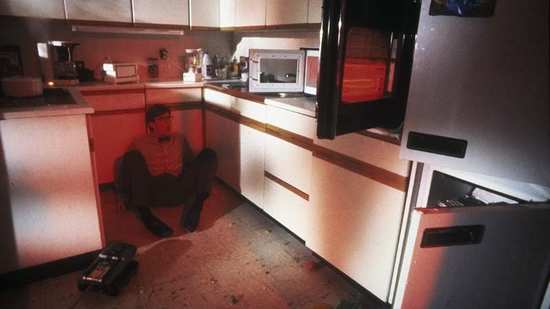 It put me in mind of another film directed by a popular music director of the day, Julien Temple’s ‘Absolute Beginners’ (1986), which was similarly hyped and which also horribly misfired. Both directors can hardly be to blame. All they knew was short-form, high production value music videos where almost anything worked. For both, sustaining a narrative for 90 minutes proved to be impossibly difficult. That said, ‘Electric Dreams’ holds up a little better than ‘Absolute Beginners’, but not by much.

So that’s the bad part. What about the good stuff. Well, you’ll certainly enjoy the music, if 80s pop is your thing. And you might enjoy seeing some retro technology, like early game consoles, old computers and even a ‘Big Trak’ toy car. The female lead (Virginia Masden who went on to play a princess in David Lynch’s ‘Dune’ the same year) is nice too and she is perfectly cast. Oh – and the film was reasonably prophetic regarding ‘smart homes’ which are really only just beginning to be a reality. 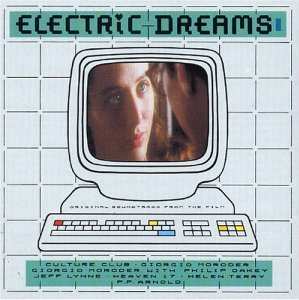 The story is loosely based on the Cyrano de Bergerac conceit of one man taking credit for another man’s work; though rather than prose, this time around it’s music, albeit computer-generated. Not much of a story, but seriously, that really is about it.

Young architect Miles Harding (Lenny Von Dohlen) is constantly late for work, mainly because he’s working on an earthquake resistant brick, a popular idea in Los Angeles and San Fran at the time. So a friend recommends a hand-held electronic organiser (remember those?). When he gets to the store, they’re all out of those but he gets talked into buying a home computer. Before long, he has it set up and connected to most his household appliances. The computer (called ‘Edgar’) seems to have a personality all of its own, and spends the day watching TV to further hone its learning. (Yep – Ai before the internet – a cute idea). When a new neighbour, who is a young and beautiful classical musician (she plays a Cello), moves in to his apartment block, she hears a counterpoint musician playing along with her practice which she assumes is Miles. 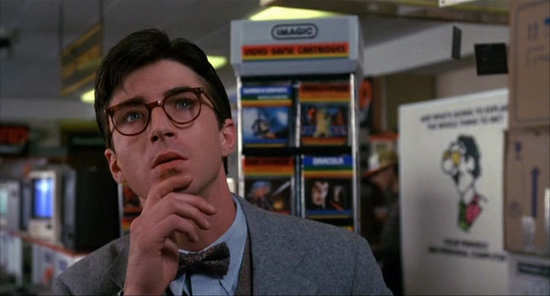 Before long, through this exchange of music, and Miles natural reticence to take credit for it, the sparks fly. But then the rivalry starts. Edgar wants to be in love too. So a strange love triangle develops and before long is totally out of control.

As I write a synopsis, it strikes me that it sounds pretty good on paper. But sadly, sluggish direction, turgid dialogue and a dreadful lead performance from Dohlen all conspire to make it pretty dull.

Image quality is certainly much better than a previous DVD edition that I picked up out of a bargain bin in Spain some years ago, but it’s never a stunning looking film, despite some aesthetically pleasing set-ups. 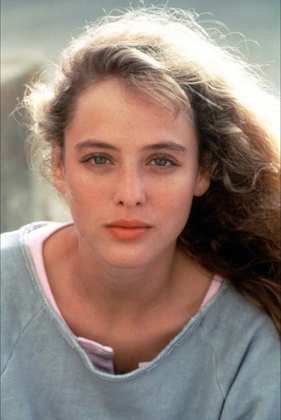 Audio is excellent and, for many, that will be the main attraction here. As its DTS-HD 5.1 Master Audio, some of the music has never sounded better.
Extra features abound and, for me, in common with last year’s ‘Absolute Beginners’ Blu-Ray release, these are more enjoyable than the main feature.

There is an interesting 20-minute ‘making of’ featurette entitled ‘Is this a story?’, which is a quote from Edgar at the very start of the film. It’s basically a lengthy, contemporary interview with Steve Barron who seems like a nice chap and who is fairly honest about his appraisal of the film and how it turned out the way it did. One ‘I bet you didn’t know that’ fact that’s shared is that he and his mum, Zelda Barron, are included in the Guinness Book of Records for being the very first mother and son to direct their first movies at the same time - hers being ‘Secret Places’ in the same year. Barron also intimates that Tom Hanks was keen for the lead role. How things might have turned out if that had happened! 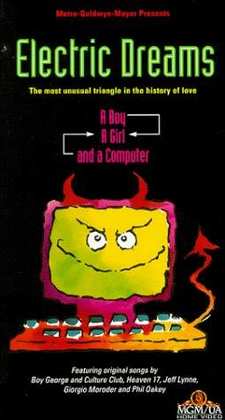 ‘Electric Dreaming’ is a 40 minute documentary featuring a core interview with writer/co-producer Rusty Lemorande (and, yes, it's spelled that way). He talks a lot about how the voice of Edgar (Bud Cort) was brought to the set every day to help the other actors respond to a ‘real person’.

‘Miles and Madeline’ is what it says on the tin - contemporary Interviews with the two leads, Lenny Von Dohlen and Virginia Madsen, both now in their late 50s – a stark reminder of how much time has passed since this film’s release. They both seem to have a blast making the film. Well, a much better time than we do watching it at any rate. 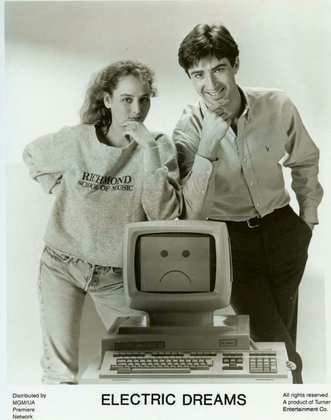 ‘Electric Dreams’ may exude 80’s nostalgia but it isn’t the greatest film of that era by a long stretch. If, like me, you wanted to check it out again and give it a second chance, then this is the edition to get. If not, I really wouldn’t recommend it, despite the great work from Second Sight, in mastering it in 2K and adding so many features.

For everyone else; well, you know the song. All together now.