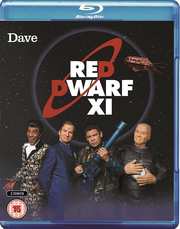 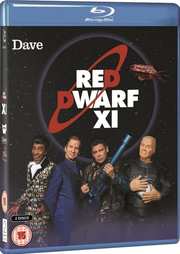 Funny story... A couple of years ago, when Red Dwarf Season X was being released on Blu-ray, the BBC solicited the title for review and I requested and reviewed the Blu-ray check discs. Last year, when Season XI was about to be released, they did the same, but when I requested check discs, they demurred, announcing that reviewers tended to watch the TV broadcasts or stream/download. That was a sign of the new world order, the death of physical media. Around that time, the BBC had closed their online store, no longer selling discs and trinkets to the public, pointing you to Amazon and the like to get classic BBC shows on disc. They were instead promoting their BBC Store, where you had access to their grand catalogue of television, all available to purchase for download. Anyway, cut to the present day, and the BBC Store will be shutting down in November this year, and you have that long to make the most of your downloads, as DRM will kill the files when the BBC shut off the servers. I waited till the Red Dwarf Season XI was at a bargain price so that I could review it, probably long after any review could have helped boost the profits of Dave/The BBC. 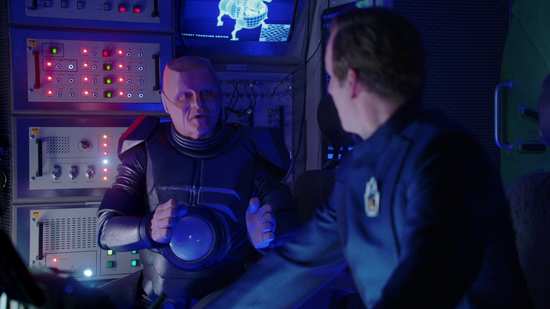 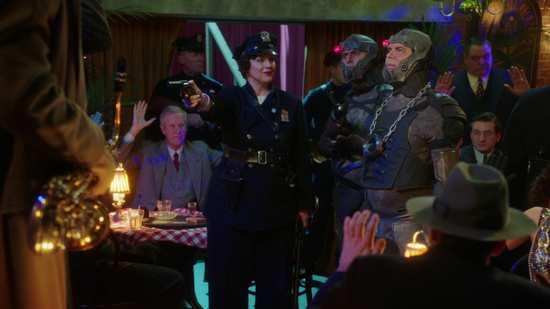 1. Twentica
The boys from the Dwarf don’t know what’s worse, the Exponoid plot to enslave humanity by changing history, or all the cheesy clichés they come up with.

2. Samsara
A hotwired Karma Drive can be a dangerous thing, but not as dangerous as one of Cat’s history lessons.

3. Give & Take
A long abandoned space station offers the chance to salvage plenty of loot. Lister wasn’t expecting to come back with a robotic snack dispenser and minus his kidneys though. 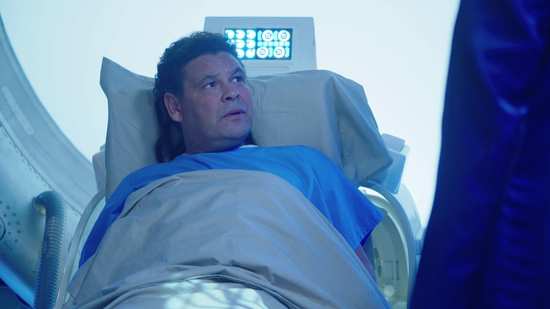 4. Officer Rimmer
All that Arnold Rimmer has ever wanted is to be an officer, and when an act of pure self-serving duplicity somehow manages to save another ship, he gets his dream promotion... and a bioprinter with which to create his perfect crew.

5. Krysis
Kryten’s nearly 3 million years old. For an android, that’s middle-aged, and it’s no surprise that a midlife crisis hits. He’s soon trading up for a faster, Ferrari red body shell with built in sound system.

6. Can of Worms
Off course, Starbug has to traverse an area swarming with Vampire Gelfs that feast on virgin blood, something that causes Cat to break out in a sweat. Not to worry, as there’s a prison transport ship that needs rescuing from a black hole, where as unlikely as it seems, the prisoner is a lady Cat. 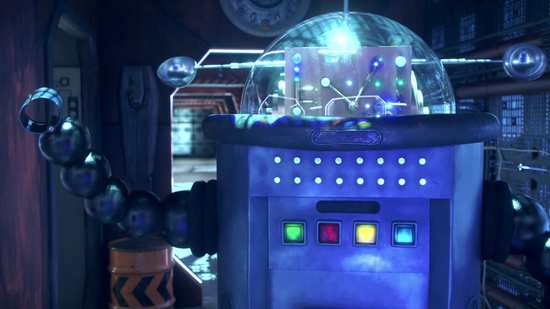 Red Dwarf gets a 1.78:1 widescreen 1080i transfer on this disc, encoded at 50Hz. Just like the Season X release, it’s a gorgeous transfer, clear and sharp throughout with strong consistent detail levels. The colours are rich and vibrant, and there are no signs of compression artefacts and the like. The model work and the effects shots all work well in the high definition format, and Red Dwarf comes across as a quality, mid-budget sci-fi show. 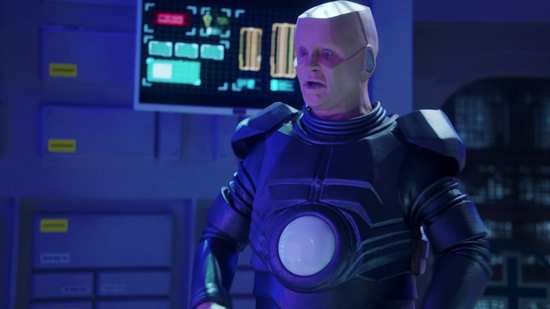 You get the audio in DTS-HD MA 2.0 Stereo format (a step down from season 10’s surround track), with optional English subtitles. The dialogue is clear throughout, which is the important thing. It’s mostly a front focussed affair, with the odd bit of sound effect being thrown around the soundstage a tad, given a little Prologic. The dialogue is clear and all the punchlines get through, which is the important bit. 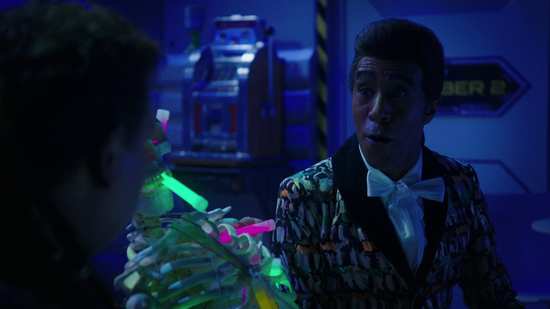 You get two discs in a Blu-ray Amaray, one on each inner face. The first disc presents the episodes with an animated menu. There are no extras on this disc, certainly no cast commentaries, which are strongly missed.

The extras are shrinking, certainly in comparison to what we used to get with the BBC DVDs. Season X left out the audio commentaries as well, but sort of made up for it with a two-hour, feature length making of documentary.

This time the Behind the Scenes Documentary is merely 52:51 long, although it’s interesting to watch and quite informative. 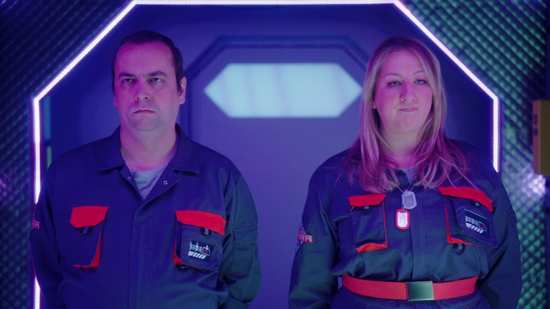 There are 14 Deleted Scenes on this disc running to 14:02 in total. 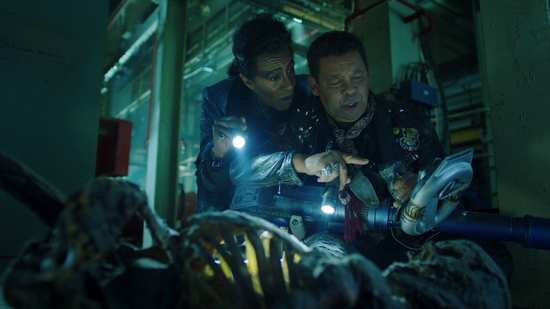 It took another four years following Red Dwarf X for this follow up series, but at least this time they shot seasons XI and XII back to back. The twelfth season of Red Dwarf should be broadcast on Dave this year, and I wouldn’t be surprised if there is a thirteenth in 2018. This time around, the show got a budget upgrade that allowed for bigger sets and locations, and more ambitious stories. The odd thing is that I actually found Series X to be a smidge funnier than its follow up. I think it’s the same rationale I had for the original run, preferring seasons 1 & 2’s Porridge in Space to the sci-fi adventuring that came after. But it’s a fine distinction, which in no way suggests that Season XI isn’t worth your time. We get one more season of classic Dwarf, the familiar characters, and the iconic humour. The only issue might be familiarity. 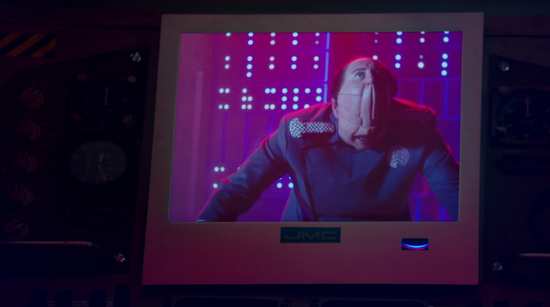 Red Dwarf has been recycling concepts and storylines for years, so you won’t be surprised to see some familiar storylines here. It’s gotten to the point where it’s become part of the joke, with the characters commenting on it. There is the whole meta observation of cliché in Twentica, and they’re quite right in asking if Rimmer never actually learns from his mistakes in Officer Rimmer. But then again, how can it be Red Dwarf without Gelfs, without mad androids, without the Justice Field, without time travel shenanigans? The thing is that there is always something original enough to make the episodes stand out. 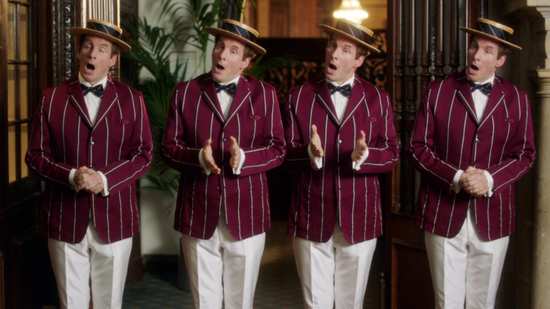 With Twentica, it’s the concept episode. It may have the cliché attuned Exponoids travelling back in time to enslave Earth, but the concept of a world where there is a prohibition against science makes for an engaging story. The funny really hits hard in Samsara, the episode that brings back a variant of the Justice Field. The Karma Drive works by rewarding virtue and punishing sin to keep its crew on the right side of morality. The problem being not everyone’s definition of virtue is the same. What makes this one of the funniest episodes in all eleven series is a scene with Lister and the Cat, with Cat giving Lister a history lesson. It’s not just Cat getting everything wrong, ‘Rchimedes inventing gravy’, it’s Lister’s slow burn as well. 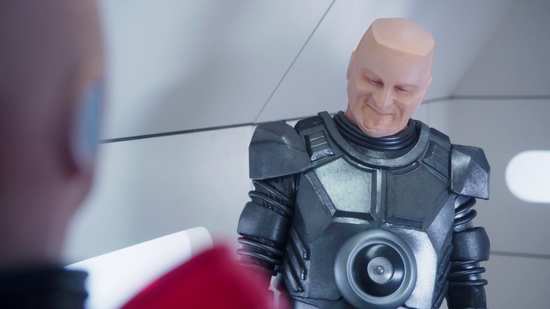 Mad androids ensue in Give & Take, where they go aboard a research station expecting to find a genius medical droid, only Kryten and Rimmer find the wrong droid. Lister and Cat find the right droid, only it’s gone crazy and it harvests Lister’s kidneys. Trying to get Cat to donate a kidney is funny enough, but the way the problem is solved can only make sense in a universe where Lister is his own father. As for Officer Rimmer, where Rimmer finally gets his long coveted promotion, instituting a class system on the ship offers much of the comedy, and you do get the new concept of the bio-printer (with the hilarious consequences of a printer jam), but you have to wonder if Rimmer has learnt how unwise it is to live with himself, after the last time. 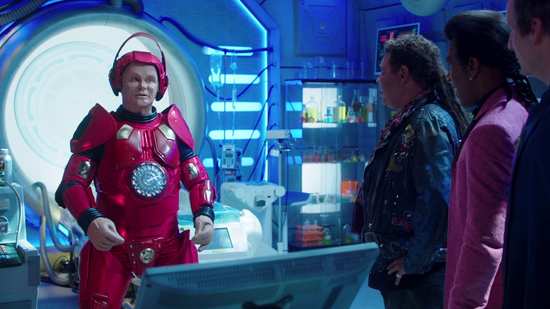 If there is a weak episode, it’s Krysis, where Kryten actually gets hit by a midlife crisis and goes all Ferrari Red to compensate. It’s funny the first time you see it, but thereafter it becomes clear that there is really only the one joke to this episode, whereas the others enrich their comedy with side gags and little subplots. This episode just hammers the midlife crisis angle from beginning to end. Fortunately the show quickly gets back to form with perhaps the first Cat-centric episode in the whole 28-year run of the show. Can Of Worms takes to the logical conclusion that if Cat was the last of his species on Red Dwarf, then there is something the epitome of style and virility couldn’t have done. Finally, the Cat gets laid, and gets a warped idea of sex for the rest of his life. And yes, Polymorphs again. 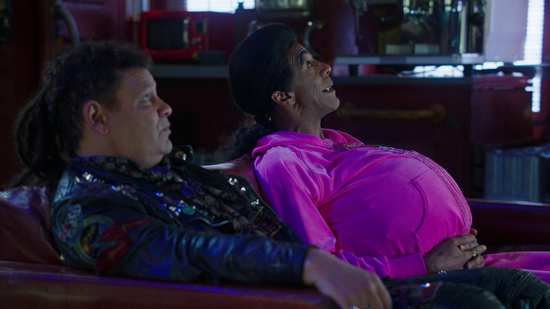 There are only so many original ideas out there to play with, especially given the confines of a well-defined narrative universe, so Red Dwarf does the smart thing of remaining as funny as it can be, even when it’s recycling ideas. Red Dwarf Season XI has better production values and stories than Season X, but it’s not quite as funny, but it is still the funniest comedy I have seen since then. It’s still not a patch on the heyday of seasons I-VI though. 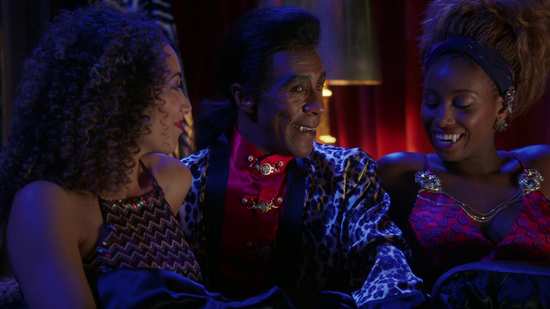