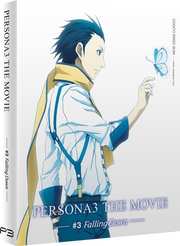 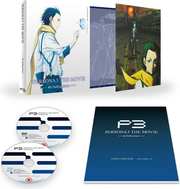 As inevitable as the changing of the seasons, another month means another Persona 3 movie, although there is just one more to go after this one to conclude the story. The previous film, A Midsummer Knight’s Dream had an unfortunate technical flub, so I’m hoping that this time the release will be glitch free. 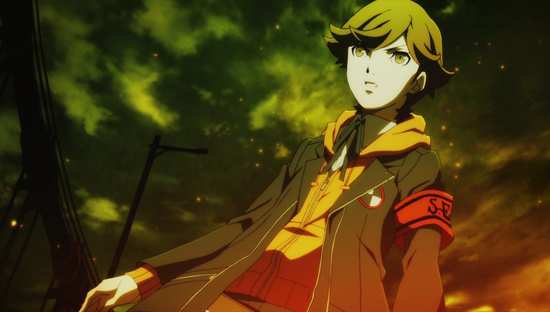 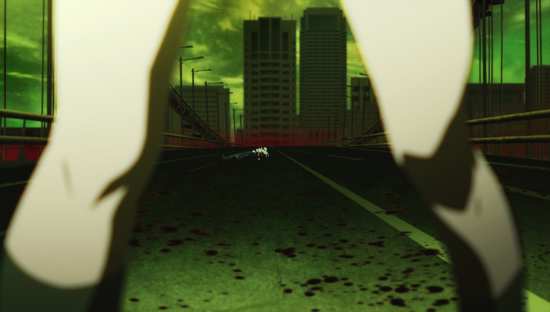 It seemed meaningful at first, albeit somewhat fantastical; the idea of heroes, using their Personas to protect the world from the menace of the Shadows. But with a conclusion to their battle becoming evident, Makoto Yuki was beginning to wonder what his place in the world afterwards would be. Things became more complicated with the appearance of the Strega group; assassins that use the Dark Hour to commit their murders with impunity, and suddenly S.E.E.S now have to fight other people, not just Shadows. It’s enough to make anyone hesitate, and that hesitation proved tragic at the end of the previous film. 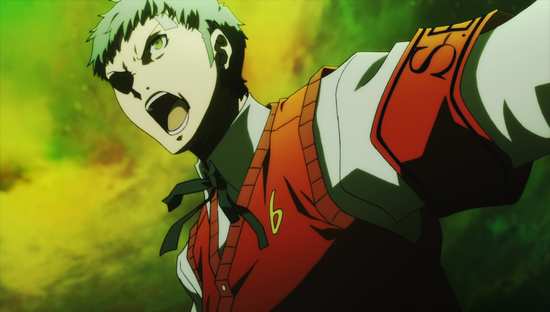 The tragedies are only set to compound in this third film, as what should be a cause for celebration, the defeat of the final Shadow, turns out to be anything but, when the Dark Hour commences once more, and Tartaros reappears. The S.E.E.S group has been betrayed by one of its own, the mission a sham right from the beginning, and there’s another, more sinister conspiracy afoot, one that begins with yet more loss. The friends do find respite from the battle thereafter, but it’s less a time for relaxation than it is contemplation on what’s been lost. Yuki is determined to minimise future losses by simply withdrawing from the world, avoiding interaction. That’s hard to do when a new student named Ryoji Mochizuki transfers in, and insists on making friends with Yuki. And for one of the friends, Iori, it seems that the chance for true love is there to be had. But tragedy is never far away... 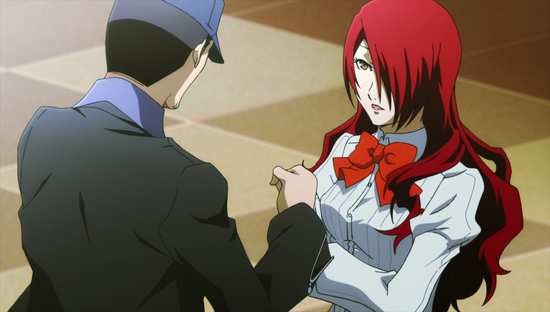 The third Persona 3 movie gets a 1.78:1 widescreen transfer on this Blu-ray disc, and it isn’t much changed from the first film. It comes across really quite well, clean and crisp throughout with good levels of detail, sharp line art, and strong colour reproduction. There is minimal banding, only rarely apparent, and certainly not as extensive as it was on Kazé’s Persona 4 discs. Black levels could be a little stronger, but by and large the film is very watchable. When it comes to character art and the gradated colour palette, you can see a similarity of style between the two iterations of Persona, but the theatrical presentation means that the animation is a lot stronger, more detailed, with the action sequences looking suitably impressive. 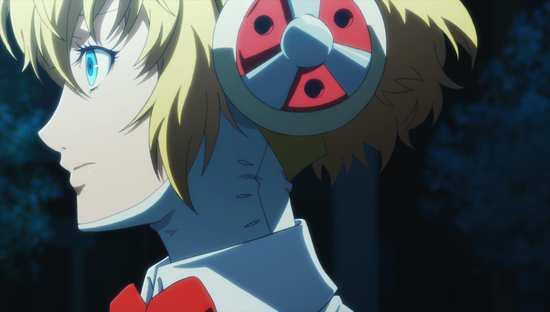 The sole audio track is a DTS-HD MA 5.1 Surround Japanese track, with optional translated English subtitles, in a yellow font. They are timed accurately and are free of typos. The surround is adequate at best. Persona 3 is a pretty front focussed affair, with a little bit of ambience, but with most of the directionality saved for the action sequences. While I didn’t think too much of the opening theme, Persona 3’s music generally hits the mark with its electro-pop beats, driving the intensity of the action sequences well. Thankfully the audio is matrixed correctly this time. 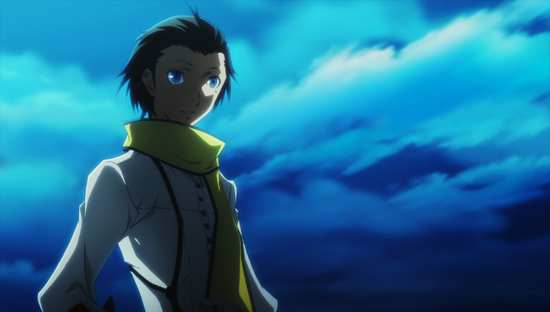 The disc boots to a static menu. On both the BD and DVD, you’ll find a 3:17 trailer reel for the movies, and a 16 second Promo Collection. I say collection, but there’s only the one promo. While there is a standard DVD release, this Collector’s Edition Blu-ray is a combo release, but I can’t comment on the packaging or any physical extras. 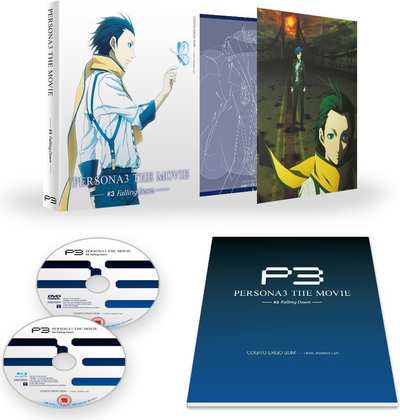 I am three for three with Persona 3 movies. Once more I fell asleep halfway through, and had to skip back and watch half an hour worth of movie over again. This is what happens when you get a reviewer that couldn’t care less about Persona 3 (or 4 or 5), doesn’t engage with any of the characters, finds the story tedious, and just can’t really see the point of the whole thing. I haven’t the slightest idea what the Velvet Room is supposed to be, and I have no interest in finding out what the point of the little aged troll and his nurse companion is. So if you’re a fan of Persona 3, this will be the last opinion that you want to read. 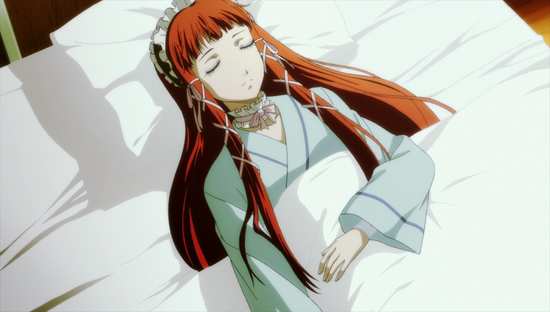 Once again, I step outside of myself to try and weigh the film objectively, and it isn’t too bad. It flows well, putting its narrative across without any awkwardness, and some of the characters go on quite the journey here. The third movie is a more serious affair than the second one, and even a spot of silliness at a hot springs resort isn’t too out of place, given the tone of the story at this point. I’m not sure about the twist at the opening of the film, which completely puts the story in a different light, and comes with no foreshadowing at all, and while you might think that the film would thereafter focus more on the Mitsuru character, who is most affected by these events, the focus remains more on Yuki, as well as the growing romance between Iori and Chidori, a member of Strega who is captured early on. 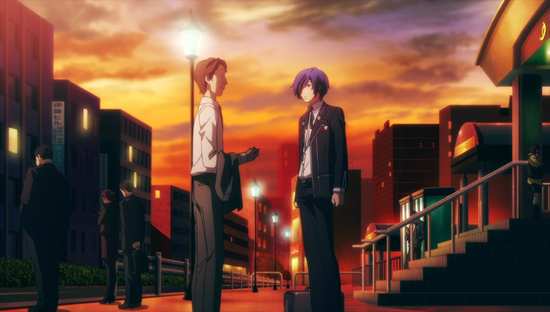 It is a more contemplative and thoughtful movie, as characters have to deal with thoughts of loss and betrayal, given the events at the start of this film, and at the end of the previous one. The Ryoji character appears to stop things getting too dark though, with his self-appointed mission to be Yuki’s friend. But loss and betrayal are the themes of the third film, and it ends on that note as well, with yet one more shocking twist, and tragic loss to deal with. This time the twist had me in mind of The End of Evangelion and the 17th Angel. 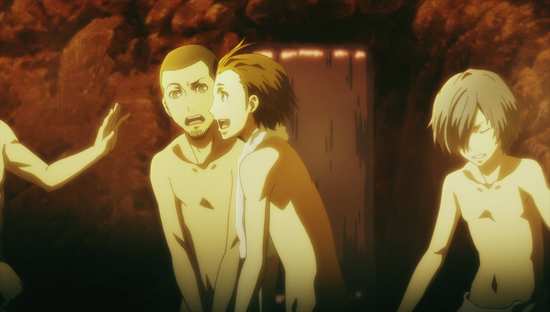 I can see objectively that this is a good film, better than and building on the first two, with just a couple of missteps, and generally sidelining many of the characters to a greater degree than before in order to really focus on two character arcs. Fans will be happy with this release, this time without any audio problems, and given All the Anime’s usual splendid presentation. But for me, for whom the whole Persona franchise is a bust, the only thing is the mantra in my head, ‘Just one more to go, just one more to go...”