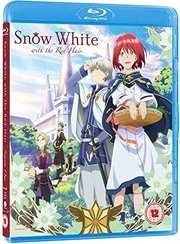 Review for Snow White With The Red Hair - Part 1

There’s no shortage of love stories and romance in anime. You know how it is, boy meets girls, plural, girls fall for boy, though most won’t admit it, boy trips over a lot, falls face first into cleavage, for which he gets severe beatings from said girls, and which is as close as he will get to anything approaching physical desire for the other gender, as he will remain a hapless, chaste milquetoast throughout. And then, by the end of the series, there might just be a glimmer of hope for him and the most violent of his harem. It’s a classic scenario, Jane Austen would be jealous. Now if you’re talking the more familiar romantic scenario, as in one boy meets one girl, and romance ensues, those stories are a little scarcer in anime. They’re certainly scarce in my collection, and I can think of just a handful at this time, shows like Nana, Karekano, Rumbling Hearts, Golden Time, and Romeo x Juliet. Funimation are looking to redress the balance this year by bringing over another, more traditional love story, Snow White with the Red Hair. It must be said that this isn’t the Snow White that you’re probably thinking of. There is a charming prince, and a poisoned apple, but that’s as close as this adaptation gets. There’s also a less than charming prince, which is where this story begins. 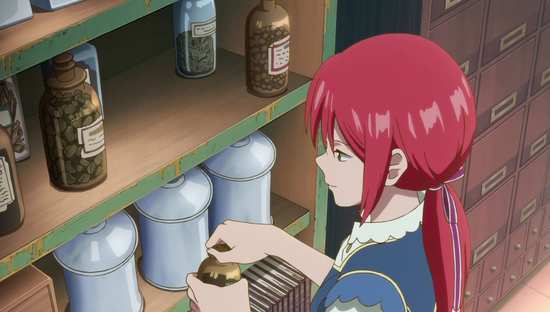 Shirayuki, the red-haired Snow White of the title is a herbalist in the kingdom of Tanbarun, helping people in need of her medical skills. But it’s her striking red hair that has caught the attention of the prince of the nation, a vainglorious bully named Raj, who has arbitrarily decided to take Shirayuki as his concubine, whether she wants to or not. That’s reason enough to leave Tanbarun and head for the neighbouring country of Clarines. Prince Raj isn’t willing to give up on his prize, and sends a man after Shirayuki with orders to bring her back. Fortunately, a dashing young swordsman named Zen comes to Shirayuki’s rescue. This could be the start of a special friendship, only it turns out that Zen is himself a prince of Clarines. This could be the start of a very complicated friendship... 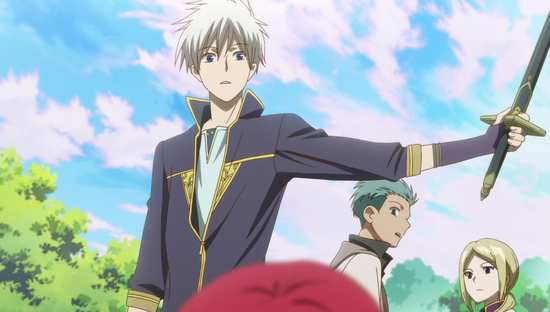 Twelve episodes of Snow White with the Red Hair are presented across two Blu-rays as follows.

Disc 1
1. Encounter... Changing the Color of Fate
2. Following the Sound of Your Heart
3. Shining Time of Promise
4. From the Small Hand, a Burgeoning Concerto Resonates
5. This Path, the Crystallisation of Premonition
6. The Back Full of Meaning
7. Let Me Hear the Melody of Your Smile
8. Memories Draw Spirals of the Past
9. Feelings that Connect and Reach

Disc 2
10. Inexperienced Heart, Going Deeper
11. Encountering... A Color for the First Time
12. Goodbye to the Beginning 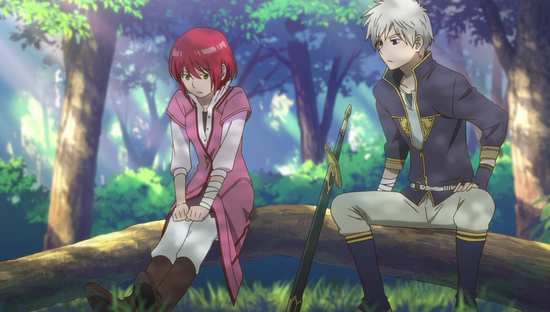 Snow White gets a 1.78:1 widescreen 1080p transfer. The image is up to Funimation’s usual standards for Blu-ray, perhaps even a little better given the comparative absence of digital banding. The image is clear and sharp, the colours are strong and consistent, and the animation comes across with no signs of compression or aliasing. It’s a fine transfer, which is all the better given that Studio Bones have given Snow White with the Red Hair a top quality production. The world design is rich, lush and detailed, the character designs are fairly generic for anime, but in the animation are accomplished with consistency and are certainly memorable enough, while Bones have given the show some really strong and nuanced animation, rich in character, and fluidity. Snow White is a top notch anime which really does show on these Blu-ray discs. 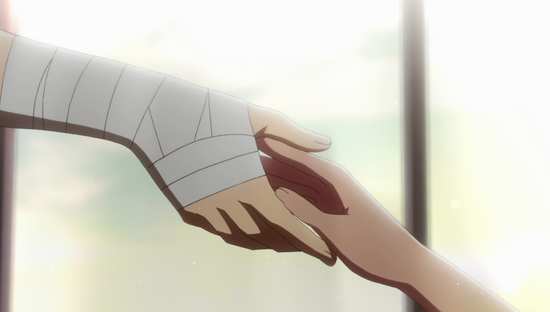 You have the choice between Dolby TrueHD 5.1 Surround English, 2.0 Japanese with subtitles and signs locked to the appropriate audio track. I sampled the dub and found the lead actors to be adequate in their roles, but as always I did so after I’d watched the whole thing in Japanese first, and grew accustomed to the native language track. So bias is inherent. It’s a nice, mellow piece with the voice actors suitably invested in their roles. The character voices conform to character archetypes in some cases, but in others, such as first prince Izana tend to subvert expectations. It does help keep the show fresh. The music comes from Michiru Oshima of Full Metal Alchemist renown, and perfectly suits this fantasy history romance. The subtitles are timed accurately and are free of typos. 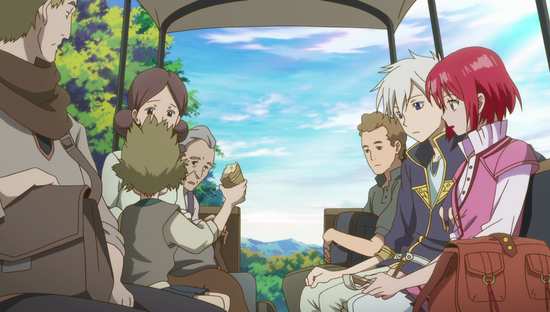 Disc 1 autoplays with a trailer for Escaflowne. There is a commentary accompanying episode 9 with adaptive writers Jamie Marchi, and Rachel Robinson, who also play Kiki and Garak respectively.

Disc 2 autoplays a trailer for Yona of the Dawn. 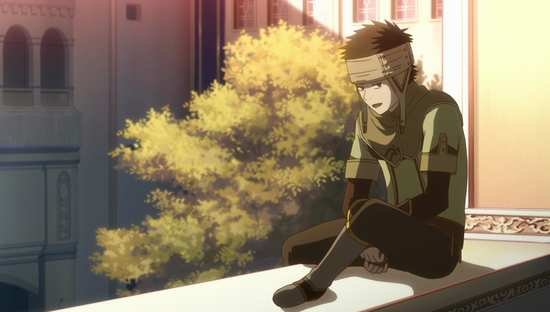 The rest of the extras are on here, with a commentary on episode 11 from ADR Director Cris George, Brina Palencia (Shirayuki), and Josh Grelle (Zen). You also get promo videos, a commercial collection, the textless credits, and a Funimation trailer showreel with One Piece, Barakamon, Spice & Wolf, Sky Wizards Academy, and Summer Wars all represented. 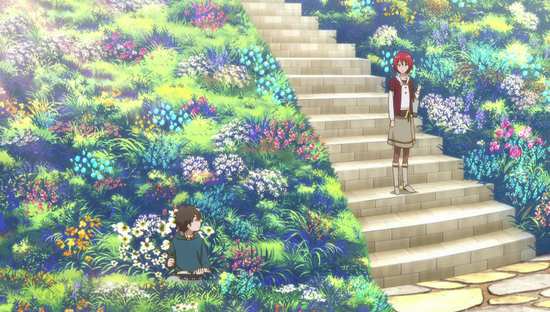 Snow White with the Red Hair is an aristocratic, slice of life romance. That should be all you need to know when it comes to what expectations this show will fulfil. There may be drama, but it’s of the light, frothy type that never challenges your heart rate, or elevates your blood pressure. There’s plenty of gentle character comedy if you ever feel the drama get even slightly weighty, and the romance too is of the light, effortless type, where two people are destined to fall in love, and any impediment in their path is not worth mentioning. Snow White with the Red Hair is the perfect show to relax to. It’s wholly likeable, and effortless in its storytelling, and to be honest, I’m perfectly happy with that. This is a show where each episode was over almost as soon as it began, and I was lost in its temperate story, invested in the characters, and entertained by the warm humour. It’s a perfect reminder that moderate is not necessarily synonymous with dull. 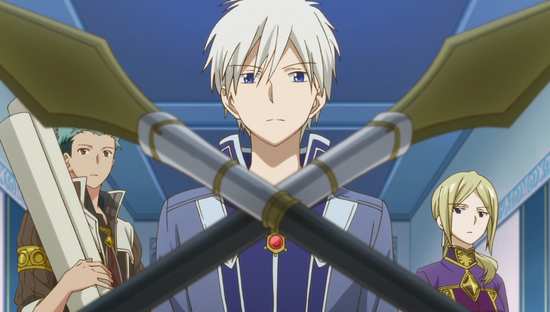 Practically the only peril comes at the start of the show, when the prince of Tanbarun decides that the striking red-haired herbalist in town will be his next concubine, and that she has no say in the matter. It doesn’t take a lot of soul-searching or lamentations for Shirayuki to cut off said crimson hair, pack her modest possessions, and leave her homeland for the neighbouring country of Clarines. Of course Prince Raj isn’t willing to give up his prize that easily, and sends one of his men after her, but there’s a Prince Charming that comes to Shirayuki’s rescue, literally a prince of Clarines. Prince Zen is taken with this independent minded young woman, and invites her to stay in his country. She in turn is impressed with the young prince, so different from the capricious Raj, and she decides to advance her studies in herb lore, so that she can become a herbalist in the royal court and repay her debt to her saviour. 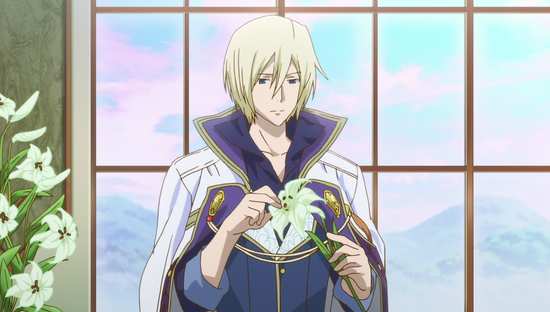 The series unfolds really as a slice of life show with elements of drama, as Shirayuki becomes an apprentice to a court herbalist, and moves into the royal palaces. So there are episodes where she’s learning her craft, taking exams, interspersed with episodes where she goes looking for herbs and gets kidnapped, prompting another rescue from Prince Zen, visiting a fort where the soldiers have fallen victim to a mystery illness, finding out about Zen’s past, getting involved in court politics regarding an itinerant Lord and the put upon people of his domain, and finding out about Zen’s past as a young prince. Practically the only challenge that Shirayuki and Zen face is the traditional aristocratic disdain towards commoners like Shirayuki, and when he returns, first Prince Izana’s distrust of this girl, his questioning of her motives in associating with his younger brother. But generally it’s a slightly bumpy road to first love. 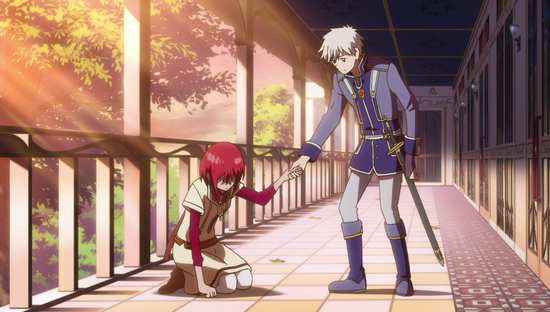 Snow White with the Red Hair works because of the characters, with the main pair a likable couple, with Zen’s retainers a lively bunch of friends and loyal vassals, Mitsuhide, Kiki, and Obi, while the other herbalists that Shirayuki encounters become her friends too, a wry head herbalist in Garak, and the slightly morose and precocious young boy Ryu that she becomes apprenticed to. Zen’s an idealist, naive and hopeful, but willing to learn, but he’s contrasted by his brother Izana who is circumspect, and has a seemingly cruel wisdom. Add to that the pace of the show, the effortless storytelling, and gentle romance that develops over these twelve episodes, and Snow White with the Red Hair is a very watchable show indeed. It may not be to all tastes, especially if you want more drama and angst in your love stories, but thankfully, you can watch Part 1 without committing to Part 2. The two halves were broadcast as two seasons, and Part 1 ends at a useful spot with few if any loose ends.