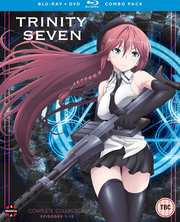 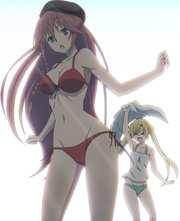 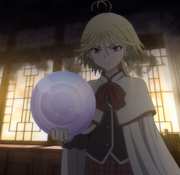 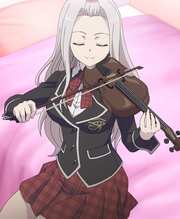 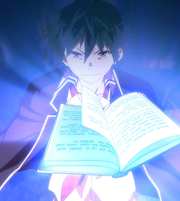 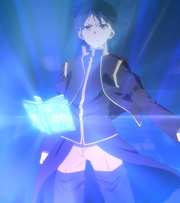 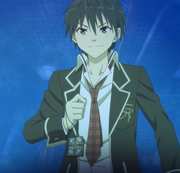 Trinity Seven is only about my eleventy-fifth harem comedy anime. It’s at this point I have to repeatedly remind myself that as a reviewer, I watch a whole lot more in the way of anime than the average fan. It’s also true that while I’ve been watching this stuff for years now, most anime fans tend to drop in and out, they have a phase of anime fandom before moving on to other things. It is very likely that the average fan coming to Trinity Seven will have seen maybe five or ten harem comedy anime, and it isn’t beyond the realms of possibility that this is their very first such show. So it behoves this jaded reviewer to also approach this show as if it was the first one, to treat every cliché and trope as if has never been seen before. Once you reach the point where you can’t do that, you should just quit reviewing the stuff. I reached and passed that point five years ago! What can I say? I’m either stubborn, stupid, or both. Or I still laugh at harem comedy anime... 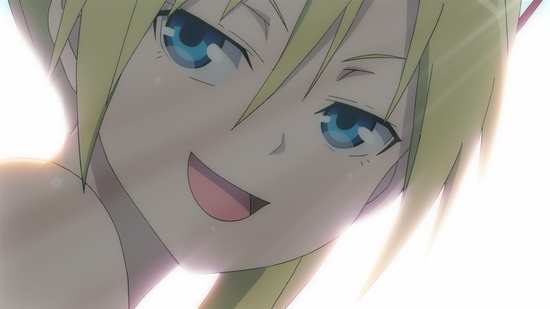 Arata Kasuga’s life isn’t too bad, hanging out with his cousin Hijiri, going to school together. The long-haired girl telling him to “Hurry up and awaken, or I’ll have to kill you” is one problem, as is the black sun burning in the sky. For this is a world of Arata’s creation, one that he made to escape the reality of what actually has happened. The city has turned into ruins, and almost everyone has vanished, including his cousin, when a Breakdown Phenomenon occurred. That was triggered when Hijiri gave him a strange book on a chain, a grimoire. Now he has two choices, as the long haired girl, Lilith Asami tells him. Since he triggered the Breakdown Phenomenon, he can either have his memory erased and get on with his life without Hijiri, or die. 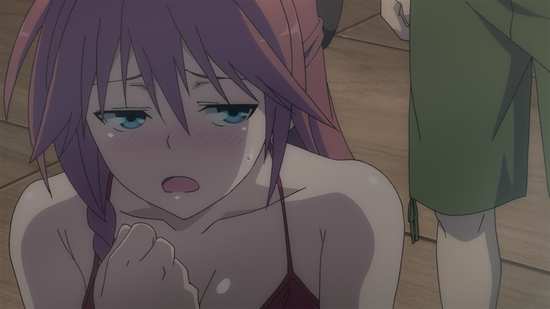 Arata chooses option 3. Since he obviously has magical ability, he’ll attend the Royal Biblio Academy Magic School, where Lilith is an instructor, to learn enough magic to find and get Hijiri back. Of course he’d like to hasten the process, and the headmaster tells him that there might be a shortcut, if he gets to know and makes use of the seven strongest mages in the school, the Trinity Seven. You’ve guessed it. They’re all girls. But it’s not all fun and games, not when he’s the most powerful student the Academy has seen in a long time, a potential Demon Lord level, and if he loses control of his power, and triggers another Breakdown Phenomenon, the Trinity Seven might just kill him. 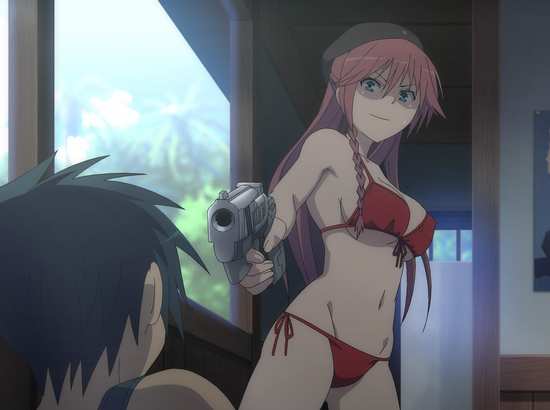 Twelve episodes of Trinity Seven are presented across two Blu-rays from Manga Entertainment. 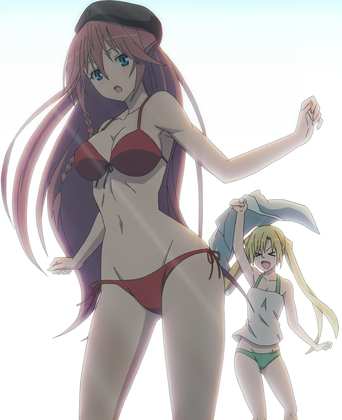 Trinity Seven gets a 1.78:1 widescreen 1080p transfer on these Blu-ray discs, and it is as you would expect by now from Blu-ray anime, clear, sharp, strong colours, excellent detail, and the bare minimum of digital banding, hardly noticeable. The character designs are fairly standard for anime, although a fair bit of time has been put into the female characters; this is a saucy harem comedy after all. The world design is agreeable enough, and there’s enough in the way of magical effects to liven up the on screen action. I do wonder if this is the broadcast version and not the home video version, as Trinity Seven’s saucy imagery tends to be imaginatively censored by steam in the bathroom, or cannily placed sunbeams. Of course sometimes the home video versions are censored this way as well, but Trinity Seven makes it so obvious that it becomes a distraction. 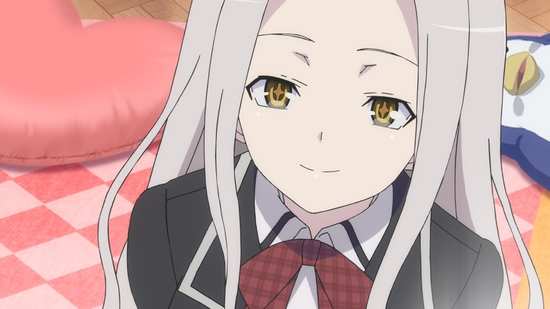 You have the choice between DTS-HD MA 2.0 Stereo English and Japanese with translated subtitles and a signs only track locked to the appropriate audio track. The Japanese audio is again as you would expect, with the generic, box-ticking harem girl stereotypes voiced with precision, the perverted protagonist Arata delivering the arrogant insouciance suitable for that character, and all the voice actors having the right degree of enthusiasm, the level of fun appropriate to the genre. The action is represented well, and the stereo gives it a decent amount of immersion, especially when pro-logicked up. The subtitles are accurately timed and free of typos, and I sampled enough of the English dub to confirm that it exists, but not enough to form an opinion. 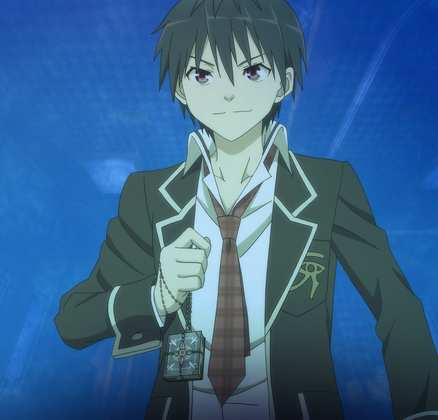 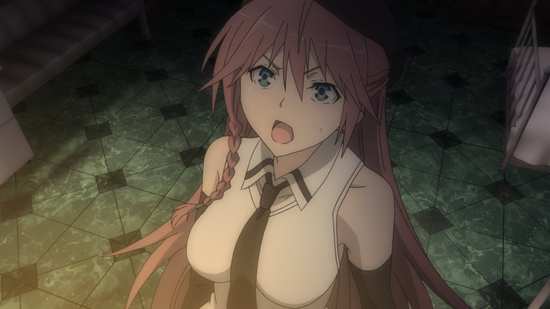 It is hard to get enthusiastic about another show in a well-worn genre, unless it does something spectacular to make it stand out. As I write this review, the check discs for High School DxD Season 3 have just fallen into my in-tray, another in the genre, and you can imagine my already strained enthusiasm fading somewhat. And that would be doing Trinity Seven a disservice, as it is perfectly competent at what it does, delivering some saucy harem antics, all wrapped up in magical adventure story colours. Although given the way that it begins, you might be forgiven for getting it mixed up with Blade Dance of the Elementalers, another male protagonist in a predominantly female magic academy. 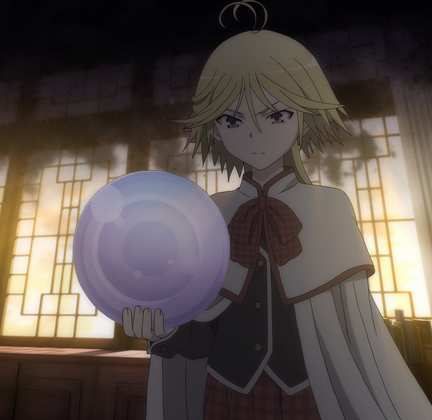 The story is rarely the point in shows like this, but for what it’s worth, Trinity Seven’s is pretty engaging. Arata’s childhood friend Hijiri vanished in a magical catastrophe, and his only chance to get her back is to learn some serious magic himself. That he has innate magic is obvious, when it turns out that he was the inadvertent cause of the tragedy, but it’s still a bit of a culture shock, going from the everyday world into the anime equivalent of a harem Hogwarts. It turns out that Arata’s magic is significant, and his best chance of getting Hijiri back soonest is to make the Trinity Seven, the seven strongest mages in the school, his pawns. That they all happen to be beautiful girls is a bonus. The most positive spin on this for perverted Arata is that the form his magic takes is that it strips girls naked. 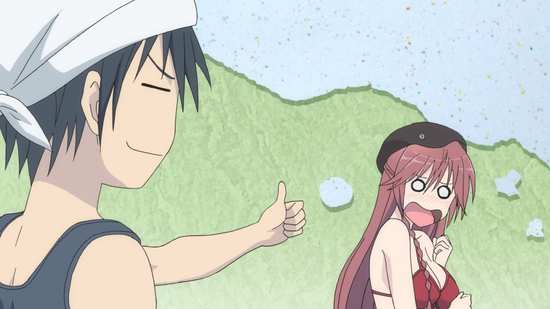 Most of the show takes the path of Arata searching for and getting the Trinity Seven on side for his mission to recover Hijiri, and they all turn out to be various degrees of cute, tsundere, quiet-grey-haired, little sister, older sister, ninja ... all the stereotypes, and all with varying degree of boob-size which Arata will fall onto and grope. One of the good things about this show is that Arata isn’t the apologetic virginal type who gets battered for no good reason; he is interested in women and likes to have his fetishes catered for. At least he’s deserving of the beatings that he receives. If the seven trinity girls aren’t enough, he also has a grimoire that eventually takes cute little girl form, and there are evil mages whose assets he becomes acquainted with. 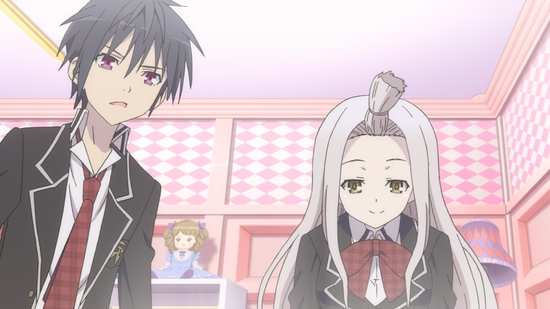 The usual harem antics continue towards the end of the series, when the show takes a right turn, and what really happened to Hijiri is revealed. It’s a nice twist in the show that makes the story more interesting, and gives added weight to Arata’s actions. However, the story is hardly prominent compared to the harem antics. Those saucy shenanigans are fairly generic for the genre, to the degree that the girls and their personalities didn’t really stick with me, although if you’ve never seen a harem comedy before, Trinity Seven will have more of an impact. They certainly don’t make any missteps in the show in that regard. 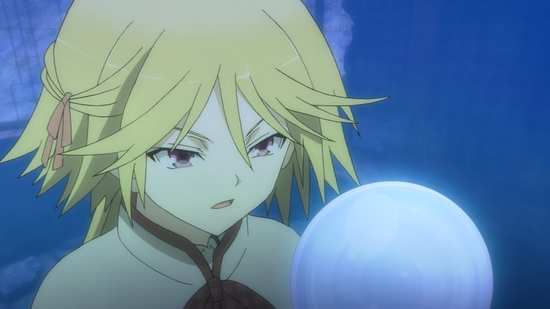 There are downsides to Trinity Seven though, not least of which is the tendency towards censorship I mentioned early. Nudity is discretely hidden behind steam or sunbeams, but given the saucy nature of the show, its censorship or self-censorship is excessive. This should be seaside postcard humour, but it’s almost chaste in its imagery, if not its intent. Compare that to the first scene of High School DxD Born, a screen full of bare breasts! The second thing is believability, which given the harem comedy genre is less of an issue, but you do get to wonder at Arata’s good natured acceptance of things, and given the fact that Hijiri vanished in front of his eyes, he spends very little time mourning or worrying about her, as he’s too busy being lecherous. 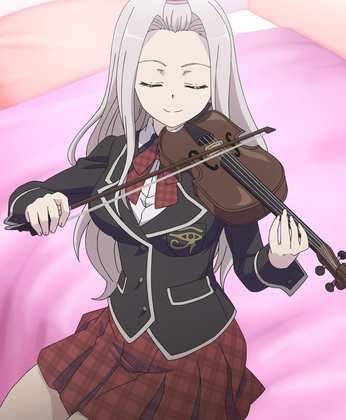 The third thing is the structure of this magical universe, which is intricate and convoluted to say the least. It’s the sort of thing that any anal-retentive anime fan would love, loads of arcane terms and complex rules as to how this world works, but for the general viewer, it becomes technobabble on the level of Star Trek Voyager, lines and line of meaningless verbiage (most of it Latin), and then a booby grope. The final problem is that Trinity Seven almost had it. It almost had the perfect series package, a story with a beginning, middle and end, paced well, structured strongly, but it seems at the last minute, someone wavered and held out for a second series. Thus we get an open ending. These shows very rarely get renewed, and the more I see a ‘to be continued’ at the end, the more my heart sinks. 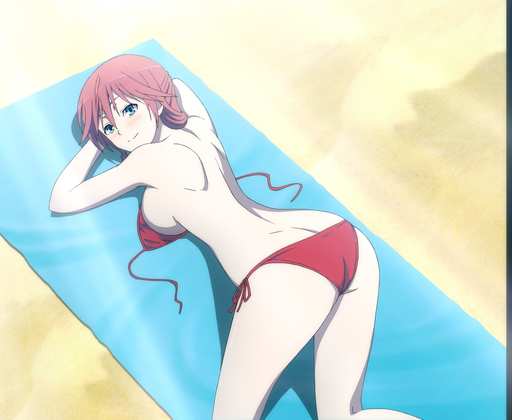 Ignore the jaded opinion of a reviewer who has seen far too many of these genre shows. Trinity Seven does what it says on the tin, deliver an entertaining saucy harem comedy. The characters are likeable, the show is structured well, the writing (technobabble aside) is decent, and it entertains for its runtime. If you’re new to the harem comedy genre, then this is a good show to ease into it, as it’s as staple as you can get.