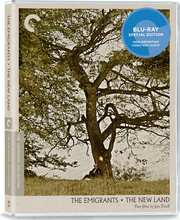 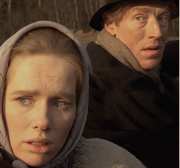 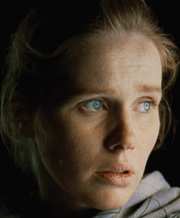 Review for The Emigrants / The New Land 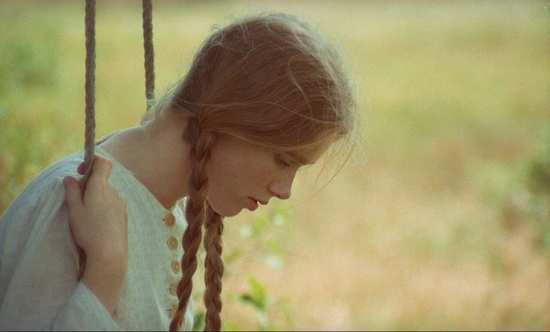 That films like ‘The Emigrants’ (and its inevitable sequel ‘A New Land’) ever get made is in itself cause for some celebration. It’s an historic film of utterly epic proportion, though steeped in the stark simplicity of Swedish rural life of the mid-19th Century.

A couple of things drew my eye to the release. First, it’s a Criterion, which means it’s likely to be an excellent film (to warrant their attention) as well as being a top-notch transfer with a bus-load of well-considered contextual extras. But also its cast came from such great Swedish film pedigree. The couple at the core of the narrative in particular – real-life couple, Liv Ullman and Max von Sydow – both have plenty of history making great films with arguably Sweden’s greatest director, Ingmar Bergman.

There is no doubt that both the films in this set, running to a combined length of almost six hours, are astonishing pieces of work. Jan Troell has paced the film to reflect the gritty reality of rural life at the time, and the combination of stunning cinematography, incredibly realistic acting and dialogue and its compelling historic narrative makes them something special.

THE EMIGRANTS Kristina (Liv Ullmann) and Karl Oskar are simple farmers in Nineteenth Century rural Sweden. Life is tough and they are almost entirely dependent on the vagaries of less than perfect weather conditions for their limited livelihood. After almost a century of failure (his Father ran the small-holding before him) and unable to feed his growing family, Karl tells Kristina that he believes they should emigrate to a new land with a kinder climate; namely America. His younger brother, who is having an equally meagre existence, has been reading about the great country and its natural and abundant riches. So Karl agrees to join him on the journey, with his entire family in tow. 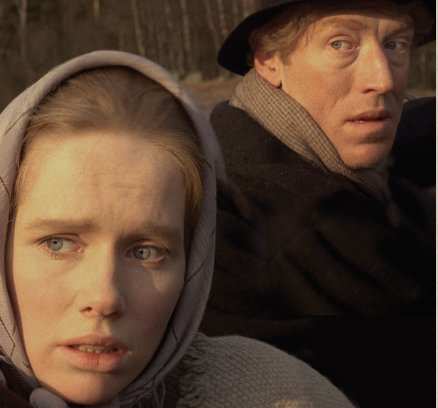 Before long, the entire village, including the Pastor and the local whore, decide they too will make the journey to a new life. But the journey proves arduous. Most the travellers become sick and some die, but the survivors eventually reach shore. They then head for Minnesota which they understand has acres of unclaimed farm-land.

Sitting watching the film in the comfort of a warm sitting room it’s almost unimaginable to know what it must have been like to turn up to a new country; a complete unknown, with no modern comforts and no real idea of what the future might hold. No wonder American’s seem fixated on the idea of ‘a dream’.

Thanks to Troell’s masterful direction and story-telling abilities, you really get drawn into the journey and it’s probably as close as most of us will ever get to knowing what such a journey might feel like. It’s a totally absorbing journey which pulls you deeply into its reality and is a film that demands total attention. 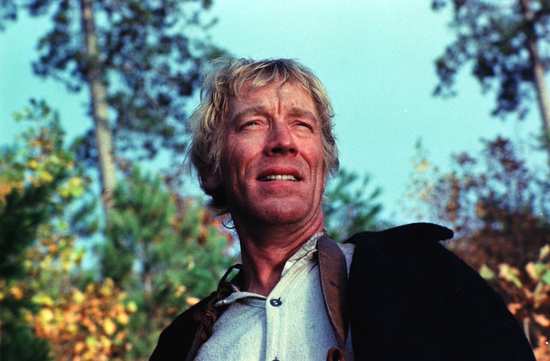 Of course, all the exterior shots of rural Sweden and America are amazing. There are some great panoramas. But Troell also often uses extreme close ups to establish a new sequence, only later pulling out to reveal the full context. It’s an unusual technique that works brilliantly.

Criterion's edition of The Emigrants features the original uncut version which runs at over three hours and which actually has an intermission – not uncommon for long films in the 1970s. 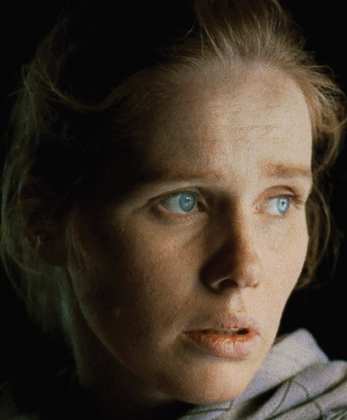 It’s presented in OAR of 1.67:1 and image quality is exquisite throughout – a soft image, with gentle hues, which was very much a favoured look at the time, even allowing natural film grain to be prevalent on occasion.
Extra features on the set include:

· Trailer – ideal for encouraging any doubters to watch a sub-titled and lengthy film! (5m)

•Video introduction – Critic John Simon introduces a film which he is clearly enamoured with; recorded exclusively in October 2015 for this release. (8m)

•To Paint with Pictures – An illuminating hour long documentary from 2005, featuring interviews with director and cast.

Hot on the heels of the first release, and clearly planned from the outset, the second film actually starts with the group’s arrival in Minnesota – where the first film finished.

It seems that it is not just the villagers who have heard about Minnesota but actually emigrants from all over Sweden. Although the land is rich, the weather is harsh and it’s as difficult to grow crops as it ever was in the homeland. But having travelled half way around the world to get there, and having burned all their bridges (and options) in the process, the group have no choice but to face the hardship as best they can. It’s not long before the group run out of money. 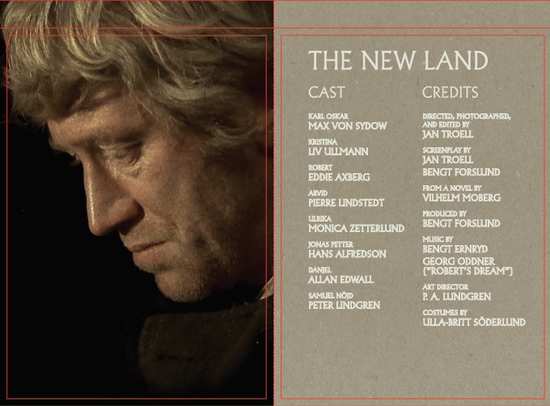 Robert (Eddie Axberg) persuades Arvid (Pierre Lindstedt) that California’s temperate climate would be perfect for their needs. As the group settles, the Sioux tribes come together to try and displace the Swedish settlers. As a result, many of the group go into the army to lead a resistance against them. Karl Oskar is rejected from this cause through ill health.

clashing with the settlers and the army. During the uprising, many of the Swedes volunteer and become soldiers. Karl Oskar, however, is declared unfit for military service after he is examined by a local doctor. He does, however, succeed in becoming an American citizen. In the meantime, Kristina falls pregnant yet again but is told that there may be complications. In short, there seems to be no respite for the emigrants – life just goes on getting tougher and tougher.

· Jan Troell interview – (36m) We see Troell discussing both films with film academic, Peter Cowie in an exclusive interview for Criterion which is really fascinating and which traces the history of the story from four mighty tomes to a mere two films – albeit lengthy ones!

• Liv Ullmann interview - A really great 25 minute interview reflecting on her role and playing opposite her real-life husband. She also reflects on Troell’s directing style and how much this contrasts with Bergmans’.

The Emigrants / The New Land are spectacular films, perhaps never better presented outside of the cinema than they are here in this exquisite set from Criterion. Shipping with a bevy of contextual extras, no serious film fan would want to be without it. Highly recommended.