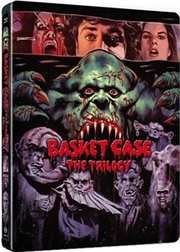 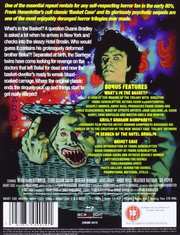 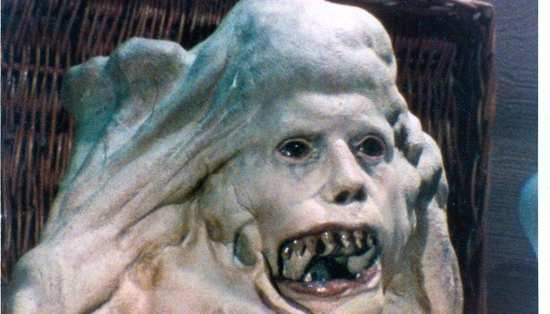 Sometimes I find myself trying to defend the indefensible. As a reviewer who is all growed-up I really should know better. After all, ‘Basket Case’ is not only a badly made movie, it’s an extraordinarily bad made movie. Low to no budget, wooden performances and turgid dialogue and special affects so laughable as to make morph from ‘Vision On’ look positively sophisticated. But despite all that (oh – alright – because of all that) I really like it. There. We’ve got that out the way. In other words, I can’t pretend there is anything remotely redeemable about ‘Basket Case’. That said, it’s a complete blast. 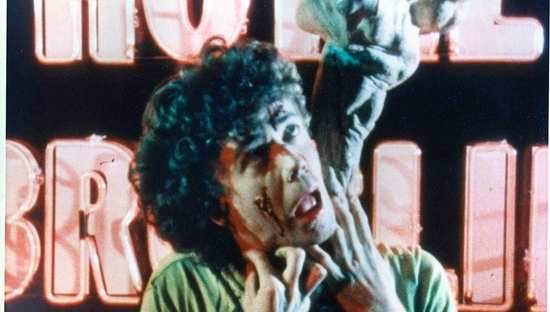 Watching the documentary (‘What’s in the Basket’) you get some real insight into creator Frank Henenlotter’s motives. The film was actually intended as a parody of the genre and was never taken very seriously, even throughout its production. Virtually an art school project, actors were grabbed from a local school where a friend of Henenlotter was studying and the crew comprised two to three people. (Henenlotter said he had great fun making up names of non-existent crew for the credits to make the movie look bigger than it was).

Though Henenlotter was merely doing his thing, his timing was perfect. The film was picked up by a distribution company who thought it was great fun and after a faltering start (where they edited most of the gory excesses out before returning to Henenlotter’s original cut) the film was a great success in its limited theatrical run. And then came the VHS rental revolution.

‘Basket Case’ was perfect for this. Uncomplicated contractual agreements and a superb and eye catching cover meant it became a hot rental property and kids of the eighties recall its lurid mix of tense teen emotion, gore, special effects and occasional nudity with a nostalgic fondness. 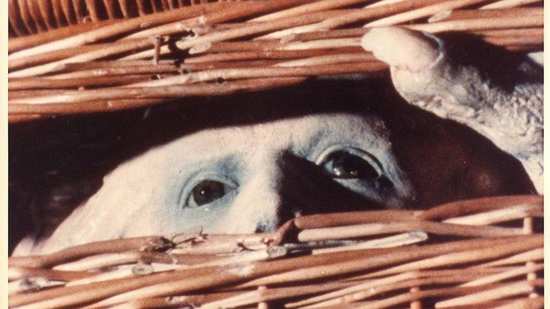 So now it’s here on Blu-Ray (more of that later) with its two so-called sequels, which despite the bigger budget and more costumes and effects, have nowhere near the ‘charm’ of the original, though are both fun in their own way.

Basket Case starts with a good-looking small town hick, Duane (Kevin van Hentenryck) wandering the streets of the seedier side of NYC with a basket and a back-pack. Though I don’t want to spoil the movie (look away now if you haven’t seen it before) it’s difficult to tell you anything more without mentioning that the basket contains his previously conjoined twin, Belial, a strange dis-figured blob who previously existed as part of Duane before being forcibly separated (by a vet) with Belial cast aside in a bin-bag, assumed dead. So the two brothers not only share a dark back-ground, they are able to telepathically communicate. 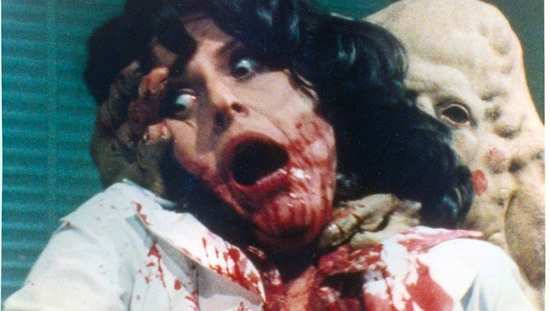 They are in NYC on a mission to avenge the deed, looking for the doctors and a vet who perpetrated the separation with a view to destroying them.

What follows are a series of grisly occurrences which see Belial (‘Basket Case’) attacking his victims in a bloody frenzy, aided by his brother Duane. Of course, it doesn’t all go smoothly. Residents in the hotel can’t leave well enough alone, with disastrous results, and Duane ends up falling in love/lust with a doctors receptionist, throwing the relationship between the twins into turmoil with Belial demanding his rights to the girl in a grotesque though slightly comical finale.

There’s lots of blood and lots of goo so not for the squeamish, though much of the violence is pretty comical.

The HD transfer is notably better than the previous DVD edition I had though I would question whether it’s really worth the upgrade as the original was shot on grainy 16mm and is hardly the basis for maximizing the potential of HD. However, the original movie was shot full-frame 1:33.1 (luckily, ideal for VHS distribution at the time). I believe that some DVD releases of this movie used a 16:9 cropped image so if you have that version you may want to trade-up.

I had never seen either Basket Case 2 or 3 and confess to being mildly disappointed by both. Henenlotter resisted doing a sequel for a while but relented when a backer allowed him to do it concurrently with ‘Frankenhooker’, a film he really wanted to make.

Duane and Belial are correct and present (though Duane is hardly recognizable with his short, eighties hair-cut and trendy new romantic clothing). Though it looked like a sorry end in Basket Case, they actually seemed to have made a miraculous recovery which sees them on the run.

Fortunately they are taken in by ‘Granny Ruth’ (played by Jazz singer Annie Ross) who runs a sanctuary for ‘freaks’, though she recognizes them as human beings needing love and respect.

A highlight is when the press are hot on their trail, breaking into the sanctuary, and where the mutants (led by Belial) destroy a photographer. Oh – and the weird sex of course. Not that there’s much of that but just enough to nudge up the rental rates. 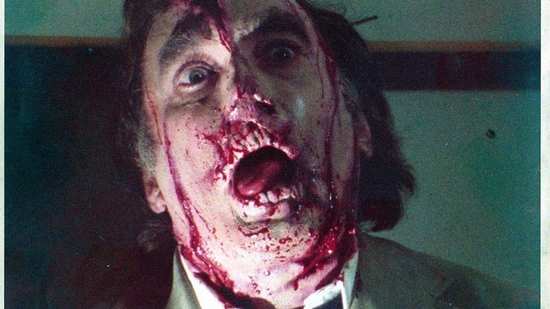 Basket Case 2 looks a little crisper than its predecessor – though only marginally.

So – then there were three.

This time Belial becomes a daddy to a litter of mini-mutants. They are cruelly kidnapped by reward seeking law-men hoping to lure Belial out of hiding. Well, you think he’ sgoing to sit back and take it? Hell no! Time to get back out the basket and rescue those kids with the rest of the residents.

Disc one of this set is richly populated with extras. 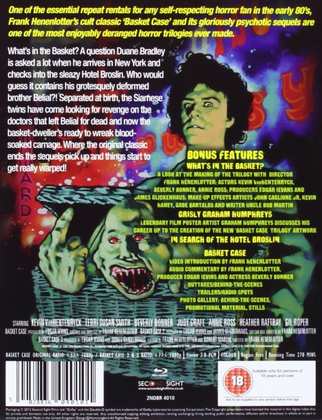 First up is the wildly entertaining commentary with director Henenlotter, producer Edgar Ievins and actress Beverly Bonner (the night-club hostess friend of Duane’s in BS1) which covers much about the making of the movie. They all seem quite proud of the results.

The ‘What’s in the Basket?’ feature is a look at the entire trilogy which heavily features a rotund Henenlotter as well as various cast and crew, including the special effects guys. Henenlotter recounts his initial disdain at the stop-motion pieces (which are absurd and about as convincing as Trumpton) though he decided to include them at the final hour, a call that merely added to the movie’s b-movie credentials and cult status.

There’s also a 2001 short, The Hotel Broslin and an interview with designer Graham Humphreys, who painted the cover art for loads of eighties VHS horrors including The Evil Dead, Evil Dead II and A Nightmare On Elm Street.

There are also outtakes, “behind-the-scenes” peeks, trailers and galleries.

As I received only check discs I can’t comment on the steel-book packaging though it looks very cool in the pictures.

If you don’t have any of these films in your collection then this is clearly the way to buy them. If you do, you may want to consider whether it’s worth a double-dip to BD given the low-rent look of the originals.