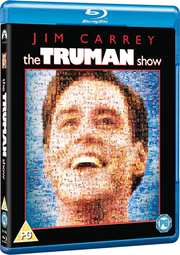 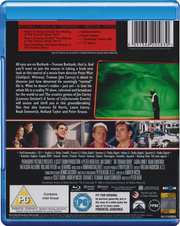 DVD
Truman Show, The (US)

Review for The Truman Show

It’s the next in my line of quickie double dip reviews, as I find more and more excuses to convert my DVD collection into a Blu-ray collection, as far as that’s possible. The latest excuse is trying to get my Amazon order over the limit for free postage, regardless of the fact that just the original item plus postage is actually cheaper than sticking an extra item in. In my pursuit of faux value for money, I recalled that I really enjoyed The Truman Show when I watched it at the cinema. I had somehow forgotten however, that the film appealed to me a whole lot less when I watched it on DVD. Let’s see how the Blu-ray gets on. 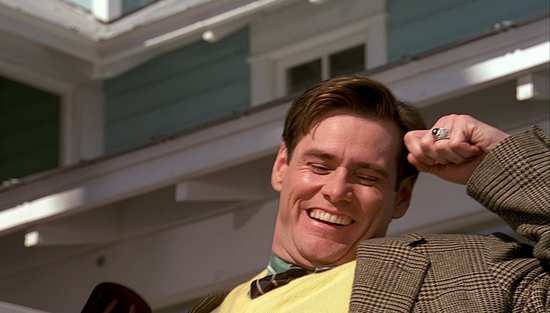 Truman Burbank goes about his life, pretty much like any other man. He has a job in insurance and lives with his beautiful wife in the idyllic seaside town of Seahaven. He is blissfully unaware of the fact that he is the most watched individual in history, and has been since his birth. His every action, his every move is scrutinised by the public, as he is the star of the biggest TV show ever, The Truman Show. His friends, his family are all actors playing parts; his town is a TV set so large that it is the largest building on Earth. All that happens to him has been carefully scripted and controlled by the show’s creator Christof and the world is hooked. 24 hours a day, 365 days a year, the Truman Show beams down to TV sets globally, but all that changes when Sirius falls out of the sky to land at Truman’s feet. Can he become aware of his circumstances and how will he react if he does? 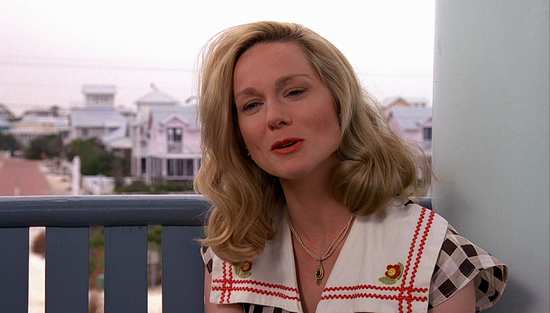 The Truman Show gets a 1.78:1 widescreen 1080p transfer on this Blu-ray, and it looks really quite pleasant at first acquaintance. The image is clear and sharp, colours are vivid, detail levels are high, and black levels are excellent, especially compared to the DVD. I could play my usual game of ‘never saw that before’, with the unnaturalness of Seahaven even more pronounced. I also noticed that Vivian was wearing the same jumper as Silvia when she was introduced to Truman. But things aren’t perfect with The Truman Show, with the sense that it was mastered from the same source as the DVD, rather than a new master. Certainly the film wasn’t free of dirt or minor flecks, and I did feel that at times grain was clumpy, and skin tones could also be waxy. There’s also a bit of wobble to the image, although how much of that was the transfer, and how much the source (emulating concealed cameras, and shooting from long range) is up to debate. It’s not a reference transfer, but it is good enough to watch. 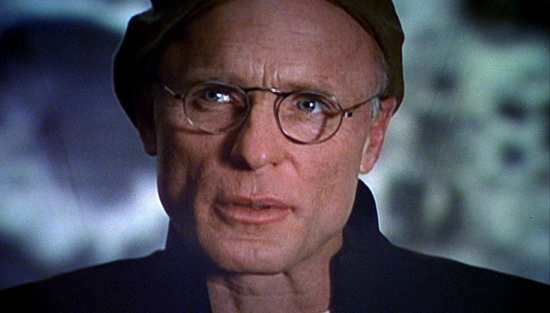 You have the choice between Dolby TrueHD 5.1 Surround English, Dolby Digital 5.1 Surround French, Italian, German, and Spanish, with subtitles in these languages and Danish, Dutch, Norwegian, Finnish, and Swedish. Naturally I opted for the English track and was generally happy with the audio experience. The Truman Show isn’t a surround extravaganza, after all it is about a TV show, and so the audio is pretty front focussed for the most part. The surrounds usually pick up for the music, and things expand beyond the front soundstage once the show moves ‘off-script’, but it’s a simple and effective soundtrack. 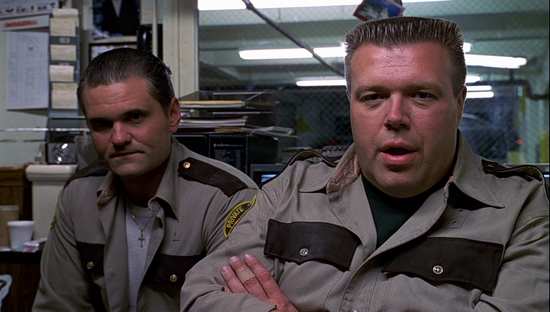 I remember Paramount’s DVD release of the film in the UK, absolutely barebones. The Blu-ray remedies that with some extras, but they look to be taken from a subsequent DVD re-release from around 2006.

The disc boots up to a static menu, and there’s a pop-up progress bar when the film is paused, or being navigated through. The disc gets the usual Blu-ray Amaray case.

How’s It Going to End? The Making of the Truman Show Parts 1 and 2 run to 18:22 and 23:34 respectively, and in it the cast and crew are interviewed about the film, with a whole lot of wry retrospection at the proliferation of reality TV in the years since the film was made. It’s a good, interesting documentary, well worth a watch. 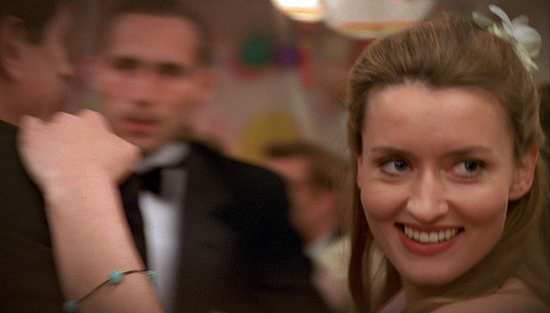 Faux Finishing, The Visual Effects of the Truman Show lasts 13:16 and does just what it says; look at the special effects in the movie.

There is a Photo Gallery to peruse through.

Finally there are the Theatrical Trailers and TV Spots, 2 of each.

All except the Theatrical Trailers and the Photo Gallery are presented in 480i SD. 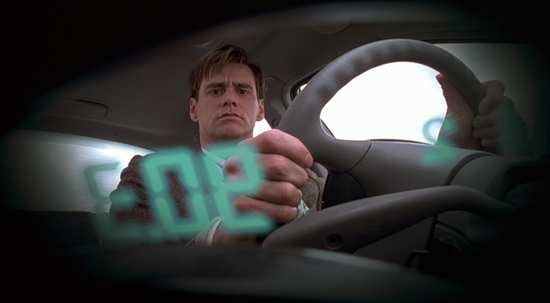 Time has been kind to The Truman Show. When I first saw it, I thought it was brilliant, cutting, incisive, and an apt warning for the future. By the time I watched it again on DVD, its predicted future of ubiquitous reality TV had come to pass, and in an exploitative and low rent way that the film took pains to avoid. The world had obviously ignored the warning of The Truman Show and had instead embraced the brain numbing genre wholeheartedly, in as tacky a way as is possible. It could be that reality soured me on the impact of the film, so that I instead noticed its flaws rather than recognised its brilliance. 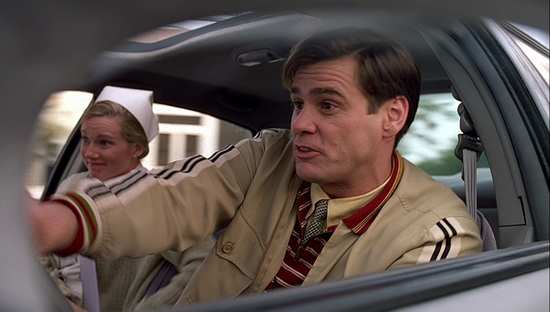 For this time its brilliance once again shone through, and while I do find some aspects of the story a little overly schmaltzy, it holds water much better than I thought. The Truman Show is aging well, and while the reality TV side to the film now seems quaint and unrepresentative, the actual narrative, the speculative fiction about a man trying to escape a prison that he isn’t even aware exists, is very well constructed and engaging. Best of all, I realised that the film really does work because of the characterisations of Truman Burbank and Christof, a relationship which goes far beyond the father son dynamic. It’s this which will probably render The Truman Show a timeless classic in years to come, for at the heart of the story is a more fundamental and primal narrative. When years have passed, and reality TV is just an unpleasant memory, this film will still work as a retelling of man’s expulsion from paradise, only in this case man chooses to shun God and walks out of paradise himself. 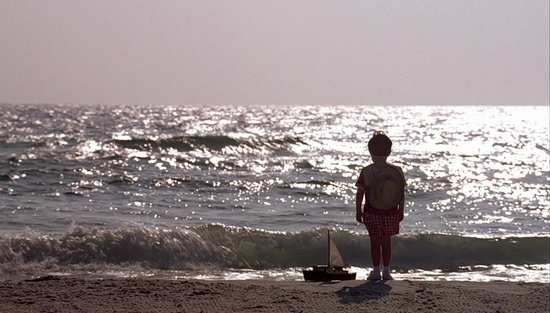 The Blu-ray isn’t spectacular, but it is good enough to watch, and after all of these years, it’s nice to see some extra features with the film. They may be short, but they are worthy and informative. The film itself is improving in my estimation, a useful reminder to pull out those old discs once in a while and give them a spin. Films do have lives after their initial release, and time does allow for constant re-evaluation.

This to me is Jim Carrey's greatest film, as unlike 'the Mask' which although good, was just all slapstick comedy, But Carreys acting in this just made the show as an instant classic, as his acting was both funny and sincere.

The film was purely Si-fi for its time showing up what reality tv would almost become, but it goes further 'matrix' style, making us think about whether are we in a 'Truman show' of our own making, and do not know that our lives are just entertainment for 'unseen masses'. So if this is the case, they all must have switched me off as too boring, when I reached forty five, he he.
posted by bandicoot on 18/3/2016 00:04