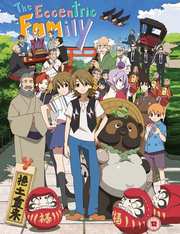 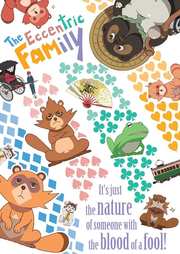 I watched two anime in 2013 that I fell in love with, came to adore, and given my eclectic tastes in the medium that tend towards the quirky and niche, fully came to believe that my viewing of the shows would remain an online experience alone. Who would license shows like Kyousogiga, a strange, mind-bending otherworldly sci-fi romp based on Japanese myths and legends? Kyousogiga did in the end get a home video license, although Diskotek in the US are yet to release it on DVD. I had the exact same question about The Eccentric Family, another show based on Japanese myths and legends, although not quite as esoteric as Kyousogiga. You could say it’s about the politics between human, tengu and tanuki societies in present day Kyoto, but that wouldn’t really do it justice. But it’s very much unlike the usual anime that we consume on DVD and Blu-ray, so much so that you have to wonder who would licence and release it? Imagine my utter surprise and delight when MVM announced that they would release The Eccentric Family, and on Collector’s Edition Blu-ray too, and this time I get to look at Blu-ray check discs! 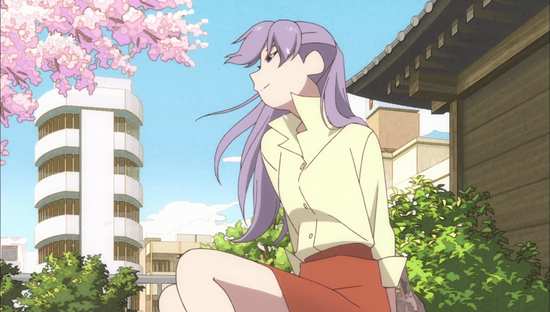 The Shimogamo family is the eccentric one in question, a family of tanuki (Japanese raccoon dogs) that live in modern day Kyoto. Kyoto has a long and mystical history, with humans coexisting with tanuki and tengu, the goblins and shapeshifters able to blend into society. Yasaburo Shimogamo is a tanuki who has embraced his ‘fool’s blood’ and aims to live as carefree life a life as possible. That isn’t easy when his father Soichiro, a powerful tanuki leader, was captured by the Friday Club of humans, and cooked and eaten for their New Year’s celebrations. His eldest brother Yaichiro is looking to continue those political ambitions and get elected to the position of Trick Magister. The second brother Yajiro has tired of life and now lives as a frog at the bottom of a well, contemplating philosophy. Their youngest brother Yashiro has yet to get the hang of blending in with humans, and their mother likes to cross dress as a prince and play pool. 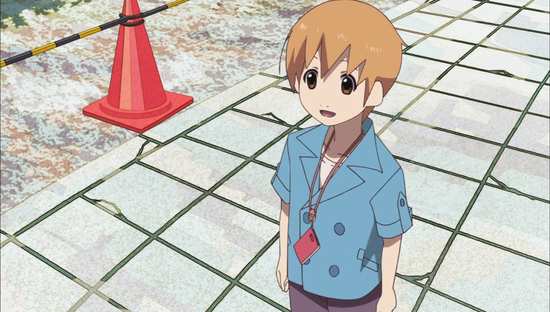 If that isn’t enough, Yasaburo spends his days looking after his sensei, Akadama, a tengu that lost his ability to fly when Yasaburo tricked him into falling out of an elder tree, not that Akadama is mad, as he’s more often pining after another disciple, Benten, a human that he taught tengu skills to, and who repaid him by dumping him when he had no more to teach her. Benten’s part of the Friday Club, one of those that ate Yasaburo’s father, and now she’s turning her flirtatious appetites to the son. Then there is the rival tanuki family of the Ebisugawas, Yasaburo’s cousins. He was engaged to daughter Kaisei before her father Soun broke it off, while twins Ginkaku and Kinkaku are a constant irritant. That carefree life is looking more and more unlikely. 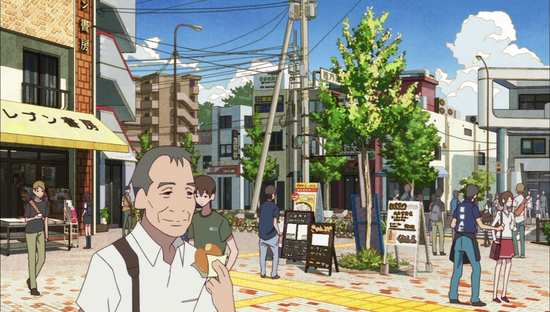 Thirteen episodes of The Eccentric Family are presented across two Blu-ray discs from MVM. 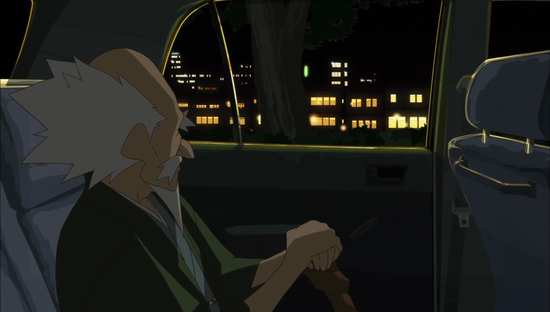 The Eccentric Family gets a 1.78:1 widescreen 1080p transfer, and it is gorgeous. The image is clear and sharp throughout, with rich, consistent colours. There are no signs of compression, and I saw no banding at any point. Detail levels are high, and do justice to the excellent animation from studio PA Works, the people behind A Lull in the Sea and Hanasaku Iroha. The Eccentric Family has something of an eccentric design aesthetic to it, particularly when it comes to the character designs. Get used to square ears. But the distinction from the usual anime look is appreciated when you take in the quirkiness of the story. The animation is smooth, fluid and rich, while background art is lush and vividly detailed. The Eccentric Family is a sublime looking animation, and it is well served by this Blu-ray release. 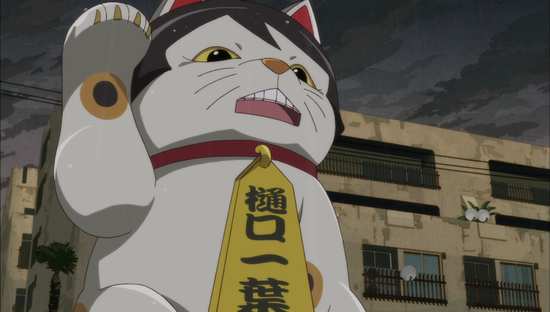 The Eccentric Family gets a sole PCM 2.0 Stereo Japanese track, with subtitles locked in during playback. There are no problems with the audio, the dialogue is clear throughout, the show’s quirky music comes across well, and what action sequences there are get good presentation in the stereo. The subtitles are timed accurately and are free or typographical error. They do localise the script a little more than you might expect, with Western pop culture and historical references replacing the original Japanese to give the English viewer a short-cut to context, without filling the screen with production notes and explanatory text. I do feel that on occasion it goes a little too far, but it isn’t a crippling issue. 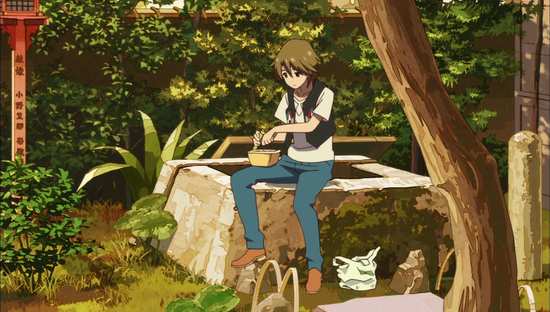 The Eccentric Family discs present their content with animated menus.

Disc 1 autoplays with a trailer for Nyaruko - Crawling With Love! Season 2.

Disc 2 autoplays with a trailer for Hanasaku Iroha The Movie – Home Sweet Home, and you can find this, the trailer for Nyaruko, and Love Live! School Idol Project Season 1 accessible on the disc. 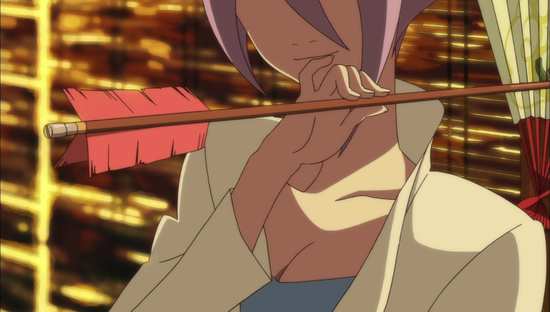 Update: Now I have the retail copy in my hands, I can confirm that the special collector’s edition comes with art-lavished packaging, a chipboard artbox with great art, the minimum mandated BBFC logos, and all the blurb on the bottom of the box. In the box you’ll find two DVD Amaray sized cases, each holding one Blu-ray disc. They have reversible sleeves offering even more in the way of great artwork, although the inner images have no spine text.

The 64 page hardcover artbook has to be DVD Amaray sized to fit in the box, so as a result the text is on the small side, but it is fill of episode guides, location information, interviews, character information, and illustrations. And as I had hoped, it is full of the necessary character and story background information to help you appreciate the story and the characters more. As a result, I’m nudging the score up a tad. It doesn’t hurt that it’s a really nice package too. 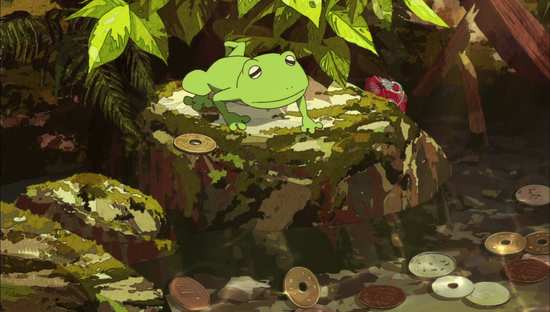 If that wasn’t enough of an indication, I love The Eccentric Family. It fits my main criteria for a new anime show these days, as it’s like nothing else I’ve seen. It’s a delightful mix of drama, comedy and mystery, brimming with rich and colourful characters. The music is excellent, while the show’s visual aesthetic is unique, vivid and detailed. It’s a quality anime in every sense of the word. I’ll also be the first to admit that The Eccentric Family has its flaws, and that it could have been much better than it turned out to be. 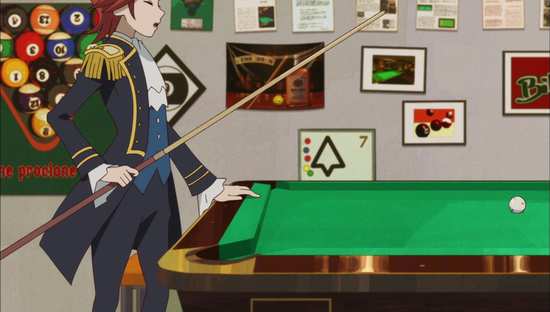 It’s not the most accessible of shows for one thing. This is not a story to take lightly, a series to just have on in the background. This is a show to watch at leisure, when you have the time to devote to it, and are alert enough to take in its plot threads and its character interrelationships. Apparently meaningless events and conversations in the early episodes will pay dividends towards the end of the show, and you really need to be aware of them. It’s also a show that is steeped in Japanese mythology and customs; there are historical references and the like which could do with something in the way of production notes to supplement. It’s what I hope the episode guides in the book with the Collector’s Edition will remedy. 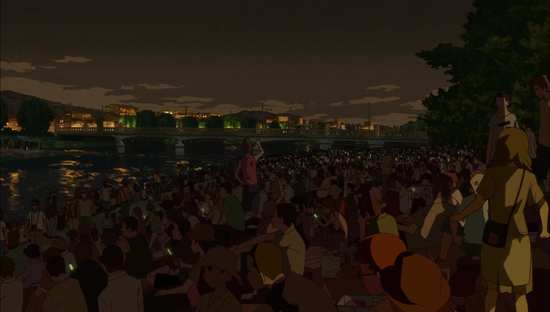 The first two complaints can be dealt with, but the third, that of length can’t. The Eccentric Family is just too short for its story. It has that rich cast of characters, all with tantalising back-story, and it tempts you with all these fascinating ideas and storylines. You wind up wanting to know more about the Friday Club, more about Benten, more about Soichiro and Soun; you could have a whole separate series about Kaisei and Yasaburo, but The Eccentric Family has to stick to its main storyline to get it told over the 13 episodes, and let all these other tantalising world elements pop in and out of the story to enrich and enliven it. Besides, leaving you wanting more is a problem that most anime wish they could have. The important thing is that it does what it has to, to tell a complete and satisfying story. 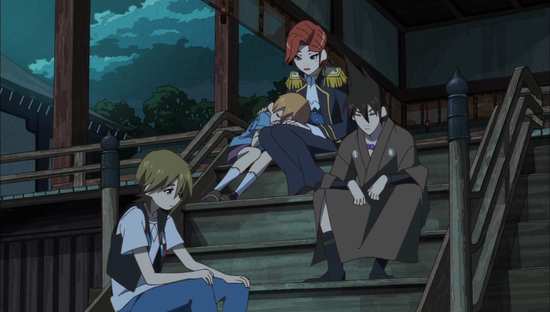 It’s a delightful story too, capturing a period in the life of the Shimogamo family, a family of tanuki (shapeshifting trickster animals much like raccoons), focusing on four brothers, Yasaburo, Yaichiro, Yajiro, and Yashiro. Their father Soichiro was the lead figure in tanuki society, the Trick Magister, only some time previously he was caught and eaten for their New Year’s feast by the Friday Club, a group of humans who follow the traditions of the old ways. One of the Friday Club is a somewhat unique woman named Benten, who with Yasaburo was a disciple of the Tengu elder Akadama (whose nose was put out of joint when Benten learnt all she could from him and left). The Tengu are supernatural beings somewhat akin to goblins and they can fly. 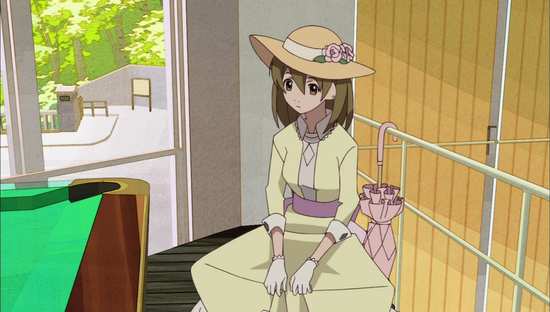 So you have this three-way political situation in modern-day Kyoto, with humans in the city, tanuki on the ground among them, and tengu in the sky, a situation that has persisted down through the centuries. On the anniversary of Soichiro’s death, the tanuki are preparing for an election for the next Trick Magister, in which Yaichiro is standing against his uncle, Soichiro’s brother Soun. He married into the Ebisugawa family, rivals of the Shimogamo, and as the election approaches, friction between the two families increases albeit expressed in the usual tanuki way of tricks and pranks. 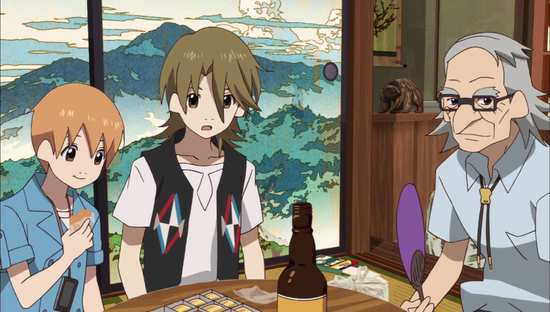 Being a highly venerated tengu elder, Akadama-Sensei’s a pivotal figure even in tanuki society, and Yasaburo has his hands full keeping him happy, while as the end of the year approaches the Friday Club are looking for another tanuki for their end of year feast. The four Shimogamo brothers have each inherited an aspect of their father’s blood. Yaichiro is upright and ambitious, looking to emulate his father as the next Trick Magister, but he lacks a sense of fun. Yajiro’s been hiding down the bottom of a well as a frog since the day their father died, Yashiro is still young, nervous, and easily startled out of his human form. And all Yasaburo wants to do is to have an easy life. That’s hard at the best of times when he’s answering Akadama’s every whim, and uncertain about Benten’s fascination with him (is it romantic, culinary, or both?), but then the election looms, and the whole family is drawn into intrigue, and how events turn out will hinge on what truly happened the day their father died. 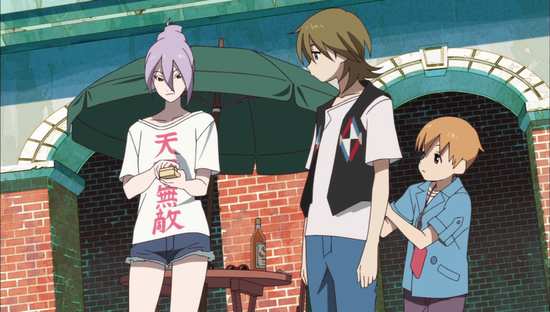 Actually I look back at the last three paragraphs and see a confused and tangled mess of plot lines with no clear direction, and I doubt very much it will help in selling this story to anyone. The thing is that the Eccentric Family is a confused and tangled mess of plot lines, but as the show unfolds, they do untangle and the story becomes clear. It’s devilishly well told, with great characters, a delightful sense of humour, and fervent whimsy, and unlike this review, is satisfying and rewarding. The show probably isn’t for everyone. Unlike many anime made for a global audience, with accessible stories, The Eccentric Family is very much a Japanese show for a Japanese audience, and you do have to work at it to get the most out of it. But if you do put the effort in, you will find the Eccentric Family well worth your while.