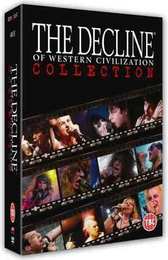 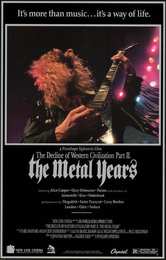 Review for The Decline of Western Civilization - Complete Box Set 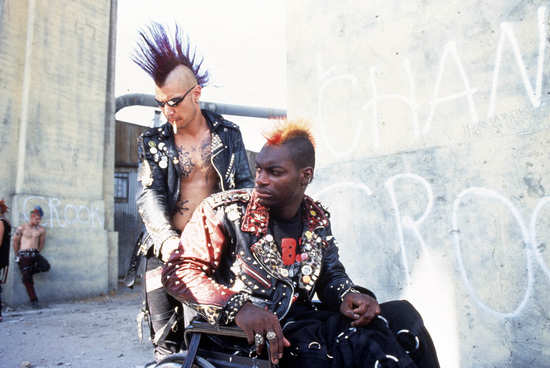 ‘The Decline of Western Civilisation I’
The first movie, shot in 1979 - 1980, featured fly on the wall footage (and interviews) with the first wave of west-coast punks, terribly earnest in their resolve despite the whole movement having already petered out in the UK and the East Coast where it had (arguably) begun. I guess being such a distance from NYC (and London) it had taken time to ferment and grow to the fully fledged scene it clearly was when this was made.

Labelled ‘hardcore’ to differentiate it from the fashion-fuelled scene in the UK and the East-coast scene, it certainly has an aggressive edge.

It’s a wonderful time capsule for those who might remember it with fondness and it certainly seemed to be more an ‘outsider’ scene than Punk in the UK, for example, where it was quickly assimilated into the everyday which, ironically, rendered it pretty much impotent. Here we witness a seething cry of resentment and protest which at once seems authentic and violent, and which is unarguably full of energy. 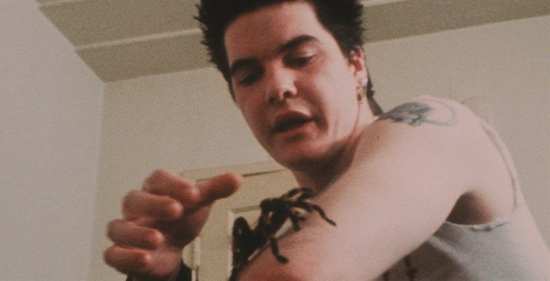 Like much British punk, a few decades later and hindsight allows you to distinguish the good from the bad (and some simply terrible) but there are many stand-out moments for those who love this stuff. Despite hiring a hall (most venues wouldn’t stage these bands more than once) it has a very authentic feel and the camera work (I think just a single one shooting 16mm but I may be wrong) seems to capture the best of the material. It’s notable that, unlike some of Don Letts 8mm footage of the early British punk scene, here we get decent sound, and that is true of all three documentaries in the set.

Standouts are pre-Henry Rollins ‘Black Flag’, ‘X’ (who were actually already moving to a dark post-punk sensibility and as a result are creatively the stand-out band here by a country mile); Fear; The Circle Jerks and The Germs. 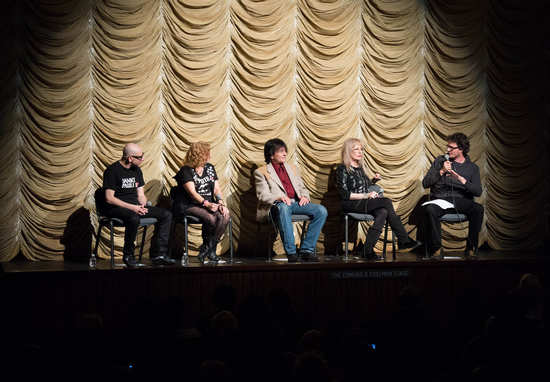 Directed by Penelope Spheeris (who went on to make ‘Wayne’s World’ and a bunch of other ‘fun’ movies) she maintains to this day that this is her proudest and most authentic work and that she still loves the attitude and lifestyle of the bands and fans she captured.

When this film was initially released in 1980, the LAPD Chief of Police Daryl Gates wrote a letter demanding the film not be shown again in L.A. Watching it now it’s clear that we’ve come a long way and that much of its attitude and language may not appear as shocking as it did then. As one person notes, men just didn’t have earrings in those days and certainly not Mohican haircuts. In 1980 this was a movie that had shock-value. Now it has become an invaluable time capsule. If Spheeris hadn’t done it, perhaps it would remain a scene lost forever.

Apart from the copious l;ive footage there are interviews with the band members, usually in their own ‘homes’ as well as with fans and publishers of ‘Slash’ fanzine which had a huge international readership at the time.

A sad note is that perhaps the most interesting but clearly damaged musician in the film, Germs singer Darby Crash, died from a heroin-induced suicide shortly before the film was released. Given his state of mind throughout the film, and his erratic performances, it doesn’t seem so surprising but tragic nonetheless.

Extra features on the disc include an audio commentary from Spheeris who is omni-present throughout the set. I didn’t make it through the whole thing as I was keen to move on to the next film. I thought I might go back to it but, to be honest, I was all Spheerised out by the end of the set.

There is a second audio commentary which is worth a listen with Dave Grohl – an odd choice as he literally had nothing at all to do with the scene, though I suppose he has the pulling-power.

The Decline of Western Civilization II : The Metal Years
So on to Disc 2 and the second movie. Well, this is strange as I can’t believe that fans of the first movie would have an interest in the music in the second movie and vice versa. The Decline of Western Civilization Part II: The Metal Years is (unsurprisingly)a documentary film directed by Penelope Spheeris about the Los Angeles heavy metal scene from 1986 to 1988.

Here’s where personal taste comes in. I found this one far less interesting. Whereas the first movie was full of outsiders and ‘thinkers’ this was full of desperate-wannabe’s, both from the band’ s perspective and from the fan’s too. Where the first movie felt authentic, this is full of posturing and regurgitated thinking - often inane in the extreme where the only goal was to become famous so that you could sleep with lots of girls, take drugs and spend money. In short, vacuous. 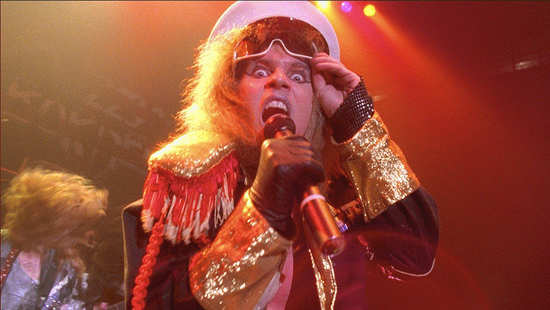 That said, the music has spirit and energy and the standards of musicianship leap forward here, even if imagination and creativity are very low on the scale.

You get concert footage and interviews of legendary heavy metal and hard rock bands and artists such as Aerosmith (who come across as self-obsessed idiots) , Alice Cooper, Kiss (who are surely taking the p***), Megadeth, Motörhead (Lemmy being the only authentic voice in the whole piece), Ozzy Osbourne and W.A.S.P.

There are also some relatively unknown bands like London, Odin and Seduce as well as interviews with members of Poison, Tuff, Vixen, Faster Pussycat, W.A.S.P. and more.

I’m sure it was all highly pleasing to young teenage boys at the time but some of the attitudes stink. Like the sleazy owners of the Cathouse club in L.A saying that girls will get in to the club more easily if they ‘dress sleazy’. All in all, a very juvenile and male-dominated culture though to be fair, Spheeris does question those attitudes on occasion, particularly the preoccupation with physical domination like hand-cuffing girls. 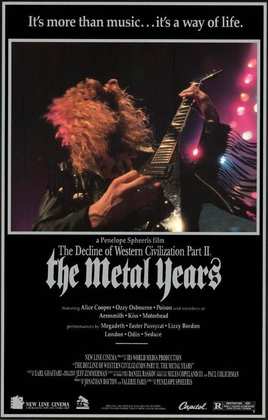 The audio quality throughout is excellent and a soundtrack was released on Capitol/I.R.S Records. The tracklisting gives a good indication of the minimum you can expect to see in the film itself, albeit truncated versions on occasion.

Again the disc houses a whole bunch of special features including another Spheeris audio commentary – and who better to comment than the lady who made it? She’s joined by Nadir D’Priest from London, the band and not the place! There are also extended interviews and a theatrical trailer.

The Decline of Western Civilization III
After a ten year gap, during which Speeris further established her creds as a big budget movie-maker in Hollywood, she directed the third and final instalment of ‘Decline’, this time chronicling the gutter punk lifestyle of homeless teenagers.

These are hardcore, second generation punks (most of whom were either babies or unborn when the first film was made) who are real outsiders, often living on the street or in abandoned buildings in LA.

It also features some authority figures (LAPD, teachers and so on) giving it a more balanced sociological view. 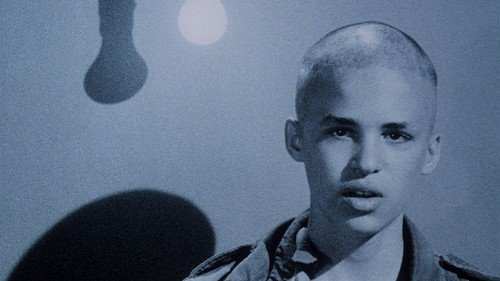 Apparently when it premiered at the 1998 Sundance Film Festival , it won the Freedom of Expression Award, and was also screened at the Cannes Film Festival and the Chicago Underground Film Festival where it received a jury award. However, the film has never enjoyed a more general release and this is its first tie on any physical format although it has been released as a streamed video.

The film sits a little bit differently than the others in that it really does feel less like its capturing a scene and more like a film seeking to understand why so many kids find themselves as outsiders who just don’t feel a part of wider society. It’s the most righteous of the three films certainly although, possibly as a result of this, the least entertaining too. Well, you can’t have it all.

It comes with special features including extended interviews with Flea, Leonard Phillips (The Dickies) The Light Bulb Kids and more. There’s another Spheeris interview from the Sundance Film Festival which was perhaps her best on this set as well as on the LA County Museum of Art panel. There’s some ‘behind the scenes’ stuff and a theatrical trailer.

Bonus Disc
As if the set wasn’t packed with enough extras, it comes with a fourth disc of bonus features. There are even more extended interviews with bands (Megadeth, London, Odin) though some of these are from video transfers which may be why they didn’t get included as extras on the Metal Years set.

There are more news reports, arts panels discussing the films, some more interviews with Spheeris and a trailer for her film, ‘Suburbia’.

The picture quality is wildly variable but always acceptable, the first film in full-frame 4: 3 and the second two in 16:9. Audio is excellent on all the main features and are presented with all the following options.