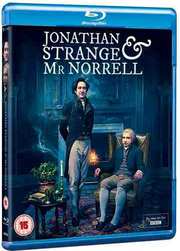 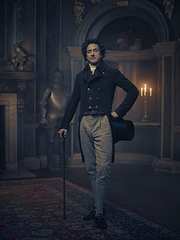 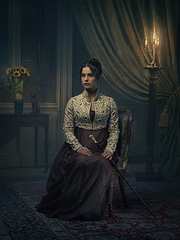 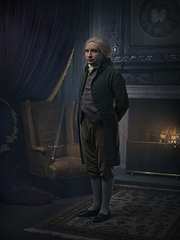 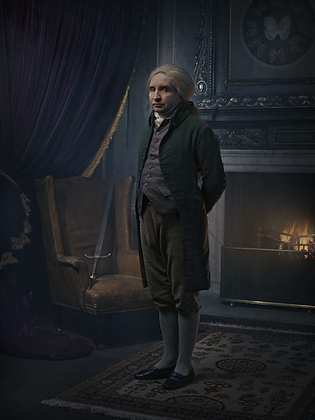 Wow! Well, I have to confess I wasn’t expecting ‘Jonathan Strange and Mr. Norrell’ to be even half as good as it turned out to be. I am a great fan of the book; a great weighty tome full of painstaking detail and beautifully crafted characterisation. Exactly the sort of book that would never transfer effectively to film or TV – or so you’d think.

This seven part series from the BBC does a magnificent job of condensing the story without losing the character detail or rich atmosphere of the book.

‘JSAMN’ was a far superior book, than the Harry Potter books in my opinion. Yes – yes – I know. They were children’s books and this is very much for grown up kids but where Harry Potter was largely derivative (not that kids noticed nor cared), JSAMN was startlingly fresh and original; the very best of fantasy writing where even the impossible seemed suddenly perfectly feasible and where just about any flight of fantasy was believable.

But the real joy of the novel was the characterisation. These were perfectly painted portraits of two individuals that, by the end of the book, you felt like you knew as if they were your own brothers.

So let’s start with that. For the first 20 minutes of episode one, I felt myself wincing at what seemed typically hammy performances. Paul Kaye hamming it up as if his very life depended on it; other actors bringing it on around Mr. Norrell like veritable pantomime dames. But then it just kicked in. 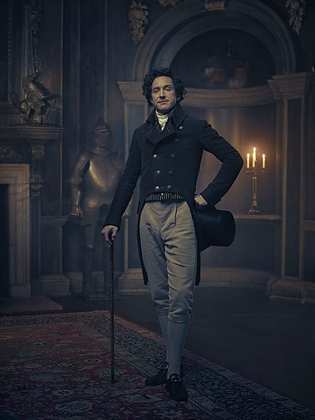 The casting of Eddie Marson was pure genius. He is utterly perfect in the role – exactly as you would have imagined him to be. I was less sure at first about Bertie Carvell as Jonathan Strange (he seemed to be doing a poor man’s Gryff Rhyss Jones for the first ten minutes of his appearance) but I grew to like his approach and by the end of the series he WAS Jonathan Strange.

If you haven’t read Susanna Clarke’s novel, or seen the series then you may not know what it’s all about.

It’s set in England and starts in the year 1806. The Napoleonic wars are in full swing and magic is seen as something from centuries ago. Mr. Norrell, an obsessive scholar of magic, is so learned on the subject (obsessively acquiring eveny available book on the subject) that he is now able to perform some rudimentary spells. He works hard to achieve this and travels to London to highlight his talents.

In the meantime, a jovial young gentlemen, with no talent for study, discovers to his surprise that he is something of a natural magician. He soon becomes a pupil of Norris’s who recognizes Strange’s natural talent. However, Strange isn’t much of a scholar and can’t wait to just get going by actually ‘doing magic’.

Indeed, Strange is such a natural that he soon becomes essential to the war effort and becomes something of a national hero – much to the chagrin of Norrell who sees magic as an altogether more cerebral past time. 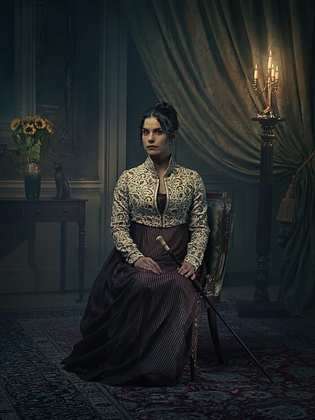 Then there’s the Raven King and ancient magic and all that goes with it – alternate worlds lived out during night-time dreams. The Prime Minister’s wife goes insane after Norrell returns her from her the dead, having made a pact with a huge quiffed fairy who looks like he’s stepped straight out of ‘Twin Peaks’.

Not only is the script top-notch (adapted from the novel by Peter Harness who has also penned episodes of Dr. Who and Wallander) and the central casting spot on; it’s a luscious and beautifully set production with amazing costumes and sets and stunning cinematography. Oh yes – there’s CGI in abundance too but how else can you get the oceans to part and the waves to become horses, or statues to start talking and throwing rocks at each other?

It exudes expense and production value and must have cost the BBC a pretty penny which I assume they intend to recoup in part through take up in the US and through media sales.

The Blu-Ray looks gorgeous. Even the darker scenes are detailed and free from artefacting with lovely solid blacks and eye-popping detail.
If you haven’t seen it, you really need to. It’s utterly addictive so at least give the first episode a go.

You can preview a bunch of taster clips here. Or, for the time being, you can watch the whole series for a limited time here.

However, you’ll want to get this one in your collection for future viewing and Blu-Ray has to be the way to go.

The discs come with some behind the scenes pieces (which naturally destroy some of the magic so leave these for afters) as well as some deleted scenes and bloopers.

I have not read the book, so cannot compare book to TV series, but I really did enjoy the series, even though it took about two to three episodes to figure out what was going on.

The casting was excellent from the main characters, right through to small roles. You could see each actor was specially picked for the part, and it was difficult to say who stood out the most, as they all did.

I specifically liked the actor who played the devious but very charming fairy (as in fairy book fairy). He had a face that stood out as bewitching but with malicious intent.

Special effects were fantastic and expensive, especially the grabbing of a soldier getting snuffed out with a giant mud hand (who thinks this stuff up).

I hope there will be a TV sequel eventually, as the way it ended, looked as if there should be one.

Overall, a well acted story, and my highest compliment would be to say that I will buy the DVD when its out.
posted by bandicoot on 29/6/2015 23:13