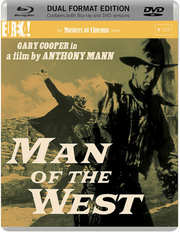 Man of the West (Blu-ray Details) 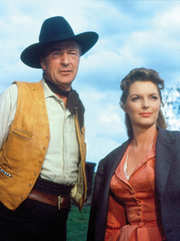 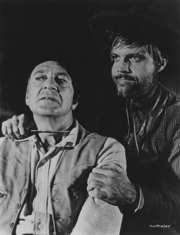 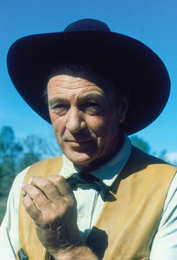 DVD
Man of the West

Review for Man of the West 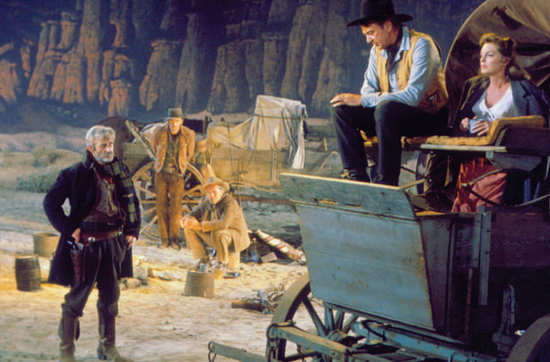 Anthony Mann's "Man of the West" (1958) is one of the last great cinematic old school westerns. A dark film, it arguably bridges the gap between traditional westerns and the uber-violence of latter day westerns (Peckinpah / Leone). By the time this was made, low budget westerns had moved to TV - the schedules were filled with them, and fewer westerns of this scale were being made.

Previously released on DVD by Studio-Canal (I think?) this version is a very worthwhile upgrade. It’s a good transfer and, as a widescreen Cinemascope film, certainly benefits from the higher-resolution. It also comes with some very worthwhile extra features, but more on that later.
An aging Gary Cooper (56 at the time of filming) plays Link Jones, a one-time renegade who has gone straight and who has now built a decent life within a small community in the deep west. The film opens as he arrives in a rail town, having travelled on horseback for five days to get there. His intent is to board a train to Fort Worth where he plans to hire a school-teacher to bring back to his small town. He has money with him which has been hard earned and saved by his whole community who have entrusted him with the task, despite knowing of his dark past. 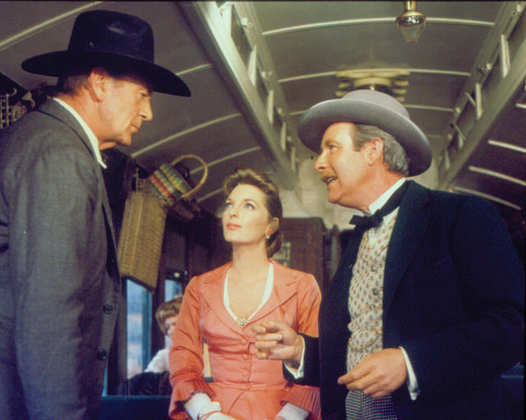 But before he gets there the train is ambushed by a gang who attempt to take the valuable post on-board. They bungle the attempt and the train pulls away, unfortunately leaving Link and two other passengers stranded. One is a gregarious gambler, Sam Beasley (Arthur O’Connell) and the other a glamorous saloon singer, Billie Ellis (Julie London) who is dressed in high shoes and silk finery. 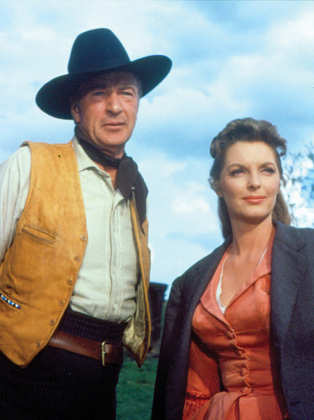 Having lost his bag, and therefore his gun and the small town’s money, Link sets about helping the group back to civilisation. He soon recognises the country-side and takes the pair to a deserted cabin that once, a long time ago, he had called home. Despite it looking derelict, it turns out to be occupied by the gang who attempted the ambush on the train headed up by the ruthless Dock Tobin (Lee J. Cobb). We soon discover that this is Link’s Fagin-like Uncle who had raised Link as a fearless killer and outlaw until he managed to escape some ten years or so previously. (It’s amusing to think that Cobb was actually some years younger than Cooper at this point, despite playing the older man). 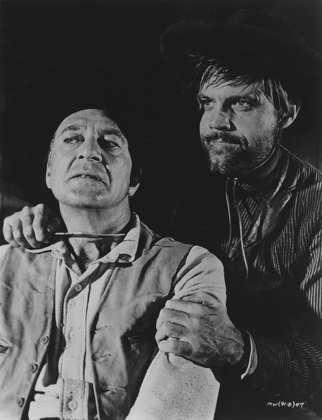 Aware of what the ruthless gang would do to Billie if he didn’t protect her, Link claims that she is his ‘woman’ – meaning hands off. However, it’s not long before one of the gang, Coaley (played by Hawaii Five-O’s Jack Lord), having become inebriated, insists that she strips for the group. He holds a blade so close to Link’s neck during this humiliation that it bleeds.
In order to stop things going too far, Link appeals to the old man by re-igniting his enthusiasm for robbing a bank in a small mining outpost called Lassoo. Distracted by this prospect, Dock Tobin gets the gang to cool it and Billie is saved from the worst.

The remainder of the film relies on the contrasting tensions between the gang’s violent intent on Link and Doc’s power over the gang to stop them. Link needs to find a way to escape from their clutches alive and agrees to ride with the gang again. This is believed by Dock, but no one else in the gang is falling for it. 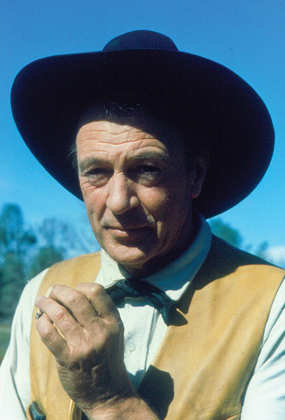 There are some very tense and violent moments throughout the film, as well as some incredibly satisfying scraps where Link is able to get vengeance on the worst of the gang. Despite Cooper looking a bit old for the role, he does bring a craggy gravitas to the role and just about pulls it off.

The film is a mover from the off and never lets up – a highly entertaining watch. It’s oppressive atmosphere is superbly rendered and all the key actors turn in flawless performances.

Shot in the Sierra Nevada Mountains, some of the wide exteriors look great in Cinemascope although some of the studio material shows up a bit as exactly that in high definition. It’s little wonder that the film looks as good as it does when you consider cinematographer Ernest Haller’s credentials – notably ‘Gone with the Wind’ and ‘Rebel Without a Cause’.
The transfer is good though not perfect. It looks a little faded at times which, on a more significant release, could have been corrected with some digital grading. But despite this minor grumble, there are moments where the Blu-Ray image looks fabulous – particularly on close ups where the definition is crystal clear.

Audio is a single LPCM 1.0 Mono track but very adequate.

The extra features are well worth having – one of the really nice aspects to these Eureka releases. You get an original 3 minute trailer for the film and an excellent and highly illuminating 20 minute interview with David Pye, a fellow of the University of Reading, who discusses the historic context of the film as well as some of the key differences between the film and the novel from which it was based. There’s also a full length commentary with film critics Glenn Kenny and Farran Smith Nehme which is highly informative too. 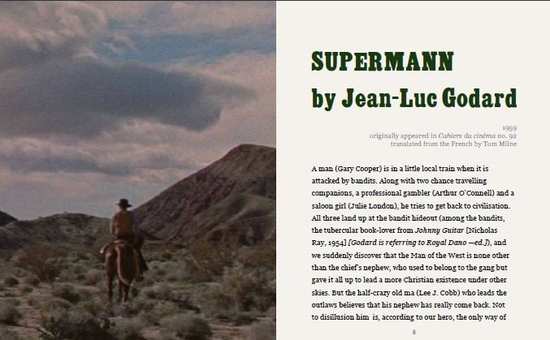 All in all a very worthwhile release. Even if Westerns are not normally your thing, if you like a good story played out well with lots of action, drama and brooding romance then this is for you.