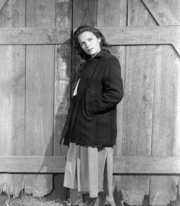 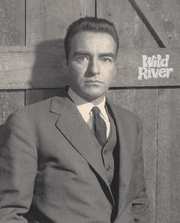 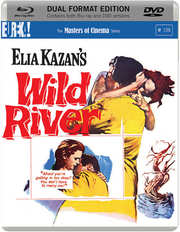 Synopsis:
Regarded as one of the crowning achievements in the career of both director Elia Kazan (A Streetcar Named Desire, On the Waterfront) and actor Montgomery Clift, Wild River charted new territory for cinema at the dawn of the 1960s, combining psychology, eroticism, documentary realism, and exquisite pictorial beauty within the CinemaScope frame.

In the early 1930s, an administrator for the Tennessee Valley Authority (Clift) arrives in the small town of Garthville with the business of convincing an elderly landowner to sell her land to the government. Soon afterward, he’s thrown into conflicts emotional (falling in love with the landowner’s widowed granddaughter, played by Lee Remick, who is expected to marry another man) and societal (the employment of black labour on the authority’s river project).

With its mix of the personal and the political, Wild River, in the words of critic and scholar Adrian Martin, shows us that "there is only, in each case and circumstance, the particular problem, the isolated breakthrough, and the irretrievable loss.” The Masters of Cinema Series is proud to present Wild River in a special Dual Format edition that presents the film on Blu-ray for the first time in the UK.

Special Features:
• 1080p HD presentation of the film in its original aspect ratio
• 40-PAGE BOOKLET with a new essay by Adrian Martin, a score of rare archival imagery, and more!