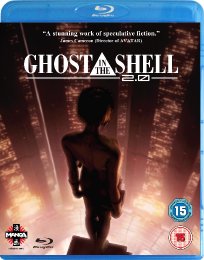 Review for Ghost in the Shell: 2.0

It's time to throw away those old-fashioned DVDs, as the Ghost in the Shell Blu-ray is now mine. Ghost in the Shell is a perennial anime favourite, oft revisited by Manga Entertainment and fans alike. It's the Star Wars of the medium, the film that everyone will buy and re-buy with each new home cinema release for the best possible quality. This is my fifth version of the film, following VHS and DVD releases. This Blu-ray release coincided with the last DVD release of the film, when Mamoru Oshii gave Ghost in the Shell the full Lucas, upgrading audio and visuals to retrospectively make the film tie in better with its sequel, Innocence, to make use of the cutting edge in anime technology to spruce it up, and to get bums on seats again as Ghost in the Shell 2.0 hit cinemas. You can read my review of the Ghost in the Shell 2.0 DVD, which will give you an idea of what has been changed for the new version, while within that review you'll also find a link to my original review of the Special Edition from Manga Entertainment, which goes into more depth regarding the story.

You can also get both of the Ghost in the Shell features in a twin-pack collection, as well as by buying them separately. 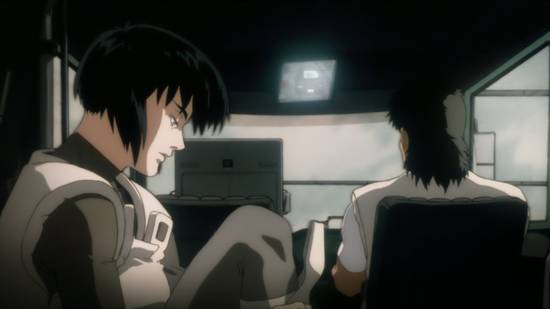 And I thought the DVD looked pretty nifty. The 1.85:1 widescreen Blu-ray experience for Ghost in the Shell 2.0 is very impressive. The image is clear and well defined throughout, the cel animation looks stunning when played back at the intended progressive frame-rate, and there is a wealth of detail now visible that I missed on the DVD. The richer colour definition also makes the film feel more vibrant and tangible. If there are nits to pick, there is the occasional softness, ironically only really in the newer CG scenes, while I did notice a smidge of macro-blocking in an area of deep black. Other than that, this film is free completely of visual artefacts, there's no colour banding, no compression noise, Ghost in the Shell has never looked so beautiful. 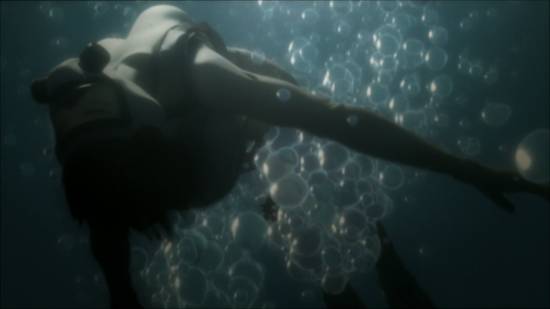 And I thought the DVD sounded pretty nifty. The DVD of Ghost in the Shell 2.0 presented for the first time the newly reworked Japanese soundtrack, the re-recorded dub, the new sound effects and sound design, and Kenji Kawai's reworked score. It was an experience that had me grinning from ear to ear. This Blu-ray blows that away. This disc gets lossless audio, this time in DTS-HD MA 6.1 Japanese and English, along with PCM 2.0 Stereo in the same two languages. Again, this seriously kicks arse, a rich and mellifluous audio experience that creates a fully immersive soundstage, handling strident action sequences, as well as subtle character moments with elegance. Once more, the Japanese audio is really the only way to go here, as the English dub is merely the old dub and offers little new. Another problem that this disc shares with the DVD is that the subtitles are again taken from the original film, and don't take into account that one of the characters in the reworked film has changed gender. Also, a caption only subtitle track is sorely missed. 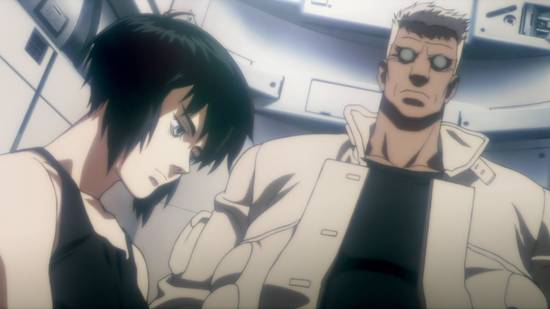 The disc is presented with some nicely animated menus, easy to navigate.

The big draw here is the Original Ghost in the Shell Movie, and for some fans who don't hold with egregious CGI, the definitive version of the film.

Alas, unlike the lavish treatment given to the 2.0 release, the original Ghost in the Shell warrants only a 60Hz, 1080i presentation on the disc, with PCM 2.0 English and Japanese audio. That wouldn't be the end of the world, but the quality of the transfer is atrocious. Think of anything that could go wrong with a transfer and it has done here, all the flaws that I looked for and couldn't find with 2.0, jaggies, shimmer, rainbowing, cine wobble, print damage, macro-blocking, the works, it's all here. Add to that, it looks like a poorly upscaled DVD, the resolution is lacking, and the audio sounds muffled and weedy in both languages. It looks like they sourced the worst print of the film they could find for this version. The Special Edition DVD release looks cleaner, sharper, is comparatively free of artefacts, and also scales up a whole lot better than this effort. 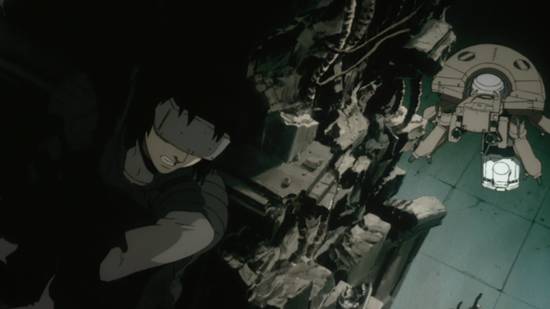 The Making of Ghost in the Shell - Production Report is the same documentary that is on the Special Edition DVD, upscaled here to 1080i HD resolution. Incidentally the film clips here look in better condition than the movie itself on this disc. Once again, there are no extras at all associated with the reworked 2.0 feature. 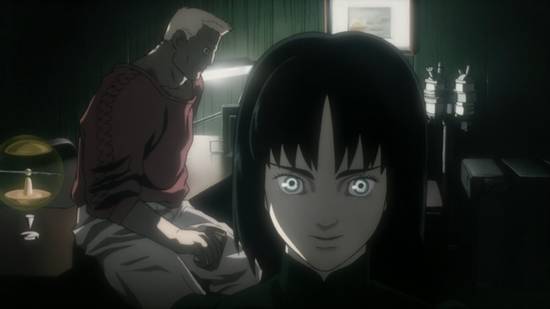 Now it's time to dive into the waste bin and rescue those DVDs.

I love Ghost in the Shell, and unlike some purists, I have a great deal of time for the 2.0 Lucased version. There really are only two moments that sit uneasy with me, and both of them feature the CGI version of the Major. Other than that, the story is largely unchanged, and the effort made to give the film a more realistic colour palette, and to make it fit in better with its sequel Innocence certainly isn't wasted on this reviewer. Given the high definition audio and video treatment, Ghost in the Shell was made all new for me yet again. I have seen the original movie enough times for it to have sunk into my bones and become familiar almost to the point of tedium, but 2.0 on DVD made me pay attention to it all over again. Last night, watching 2.0 on Blu-ray was an added revelation, as this time I was finding detail in the visuals and the audio that I never knew was there. It was like watching it for the first time all over again. 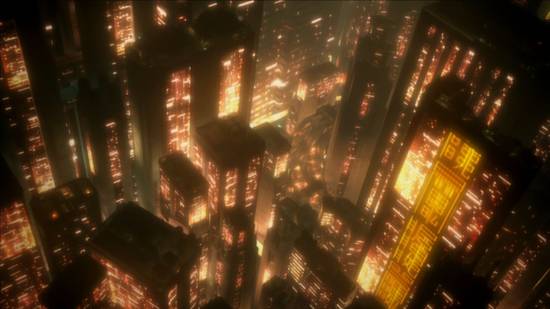 The downside to this release is the dismal treatment that the original film receives on this disc. I found it to be flawed to the point that it was unwatchable. This Blu-ray disc then in no way serves as a replacement for that DVD, doesn't allow you to consolidate all your discs into one handy release. The original Ghost in the Shell DVD actually looks better when upscaled onto an HD set than the version presented here, and that has 5.1-ish surround sound for the English dub. If the original movie is more important to you, you'll have to seek out the original Special Edition DVD release, or buy Ghost in the Shell 2.0 on DVD, as it has the Special Edition as disc 2 in that set.