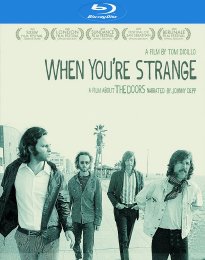 When You're Strange (Blu-ray Details)

When You're Strange Blu-ray Front Cover

Screenshot from When You're Strange Blu-ray
Related Items

Article
Michael Jackson: The Life of an Icon coming to DVD and Blu-ray this October
Recently Added Items

I really know next to nothing about The Doors, having been born nearly 15 years after they burst onto the scene and just over 10 years after Jim Morrison died. One thing I do know is that they were the subject of probably Oliver Stone's worst film to date (and that includes Alexander), the incredibly tedious and clichéd film, The Doors. Another point of interest is that Jim Morrison, Janis Joplin, Jimi Hendrix, Brian Jones and Kurt Cobain are all members of the '27 Club' as they all famously died at that age.

This documentary, When You Are Strange, comprises archive footage of the band along with photos, narrated by Jonny Depp, and, from what I've seen, is aimed both at diehard The Doors fans and newcomers alike. The documentary covers both their music and the notoriety about their performances, recording sessions and Jim Morrison. Holding the documentary together is a framing device of sorts showing a bearded Jim Morrison driving a powerful sports car -- a 1967 Shelby GT500 -- through the American desert pursued by fans and journalists before flashing back to what made him such a popular, notorious and celebrated musician. 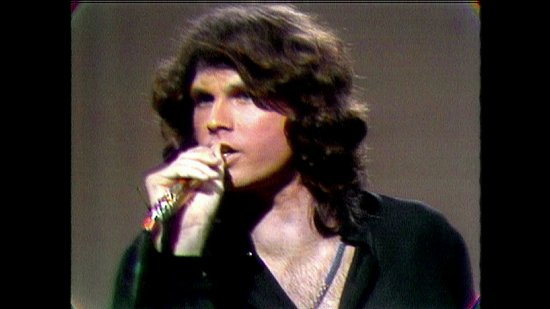 The film charts the rise and fall of The Doors from their humble beginnings when UCLA film school alumni Jim Morrison and Ray Manzarek met up because they recognise each other's songwriting potential and agreed to form a band, joining up with jazz drummer Jon Densmore and guitarist Robby Krieger who had a background in Spanish flamenco! Due to their remarkable and unique sound along with the incredible lyrics (often with double meanings), they were an instant success with their self titled debut album going Gold and making a star out of front man Morrison who rose from a singer too shy to look at the audience to someone who positively milked the attention, revelling in his fame and the adulation he received, particularly from female fans.

Whilst Morrison and the rest of the band used LSD to 'open their perceptions', Morrison was the one who used drugs most heavily and turning from LSD to alcohol which led to him being drunk on stage and in the recording studio and eventually using cocaine as well as all the other narcotics he was putting into his body before dying of a heart attack in a French hotel room aged 27. At that point, the band had been together less than six years but had made six Gold (or Platinum, depending on how you measure sales) records. 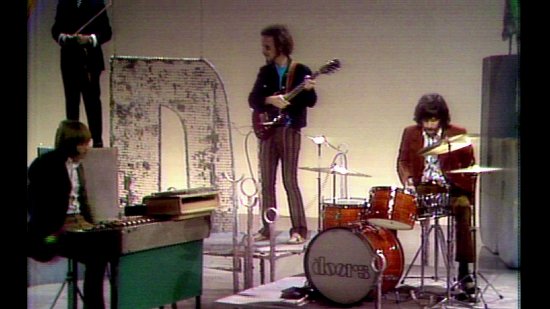 When You Are Strange isn't all about Jim Morrison and gives due credit to the other members of the band who wrote the songs and, collaboratively, made the music so interesting as they performed without a bass player, with keyboardist Ray Manzarek playing the baseline with his left hand and the melody with his right. Although the band (particularly Morrison) insisted that all songs be credited as written by The Doors rather than the individual who penned the lyrics, the documentary does identify the songwriter.

It is slightly odd that they do mention the car commercial that wanted to use Light My Fire, a deal that was vetoed by Morrison who was still in London following a European tour when the rest of the band were in the US but doesn't identify the company as Buick or that the deal was vetoed in style when Morrison contacted Buick directly and threatened to smash up a Buick live on television with a sledgehammer should the commercial ever be aired. 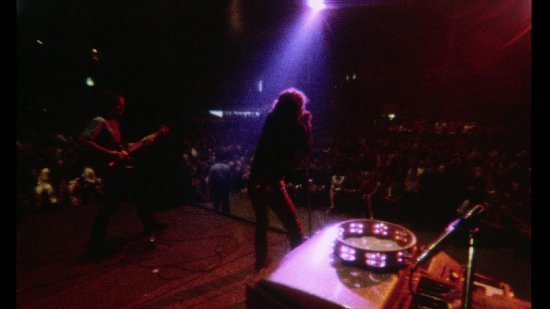 Whilst watching When You Are Strange, I seemed to remember watching another documentary on The Doors but whether this was a sense of déjà vu or because I really had seen another film about the band I'm not sure. In any case, this provided me with a great deal of information about one of the finest rock bands of the 20th century and a real insight into Jim Morrison's psyche and magnetic personality that turned him into a singer with a magnetism not seen since the days of Elvis Presley. I found this film to be an extremely accomplished piece of work that will appeal to hard-core fans and newcomers alike.

Extra Features
Documentaries don't usually come with a great deal of supplementary material as they narrated so there isn't much mileage in a commentary and all you could really add was an interview with the filmmaker. This disc doesn't even come with that so the solitary extra feature is the theatrical trailer.

The Picture
I was extremely sceptical about the point of putting something made up of 40 to 50-year-old footage on a Blu-ray Disc in high definition but these misgivings were quickly put to one side as it quickly became clear that the majority of the material had been restored to such a degree that it looks incredibly good at 1080p with bright colours, sharp edges and incredible detail for something of that age.

Director Tom DeCilla and his research team have done a superb job in getting as much footage of The Doors as possible, some of it never before seen, and the mixture of rehearsal footage with the band in the recording studio and on stage with private footage of Jim Morrison works extraordinarily well. 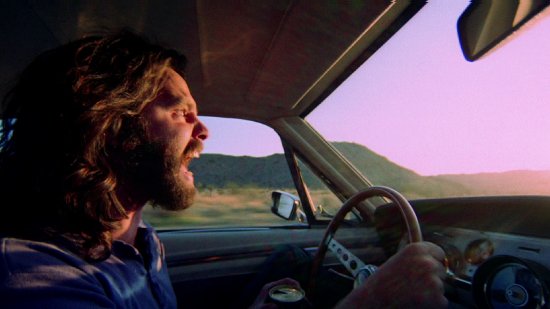 The Sound
Given the choice of DTS-HD Master Audio 5.1 or LPCM 2.0 stereo, I went for the former which is a beautifully balanced and mixed track, presenting the dialogue and music clearly and with no sign of hissing or other audio artefacts that you would expect to come with film stock from the 1960s and '70s. Although the documentary is predominantly frontloaded, the surrounds are occasionally used to bring the audience into play when it comes to concert footage or The Doors' infamous appearance on the Ed Sullivan show. I did flick to the LPCM track about halfway through to see if there was much difference and was surprised to find that there wasn't with the stereo track but through my amp with Pro Logic IIx simulating a rear channel meanings that this was just as good as they DTS option.

Jonny Depp's narration is, as usual, superbly delivered and adds a great deal to the film - I had previously only really associated his non-acting roles with things to do with Hunter S Thompson but he shows his versatility as a narrator here. 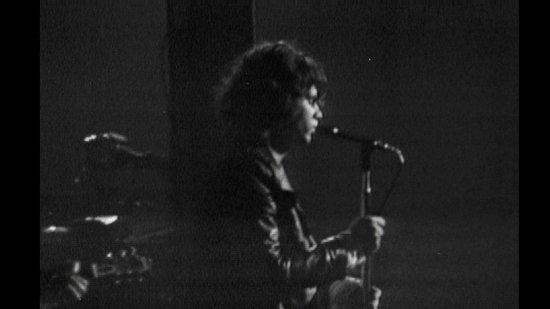 Final Thoughts
As one of the greatest rock bands of the 20th century and the performance of some of the finest songs ever written (Light My Fire, The End, Break On Through), one could make a documentary about The Doors' music which should please their fans and provide those unfamiliar with their music with a great introduction. In When You're Strange,Tom DeCilla manages to incorporate a great deal of music with the story of the rise and fall of The Doors and Jim Morrison's great skill as a poet, songwriter and performer whilst battling substance abuse and eventually dying when the band were one of the biggest musical acts in the world. I got the distinct impression that Morrison had fallen out of love with music a while before his death and that the end of The Doors was an inevitability as they couldn't go on without their front man and star attraction.

This is the sort of thing that will appeal to hard-core fans who just want to find out a little bit more about their favourite band and its singer with the attraction of previously unseen footage. When You're Strange is also extremely accessible and the sort of thing that will appeal to general music fans who, like me, don't own a single Doors record but will get to the end credits and immediately look on the Internet seeking to either buy a 'Best Of' or all six albums.