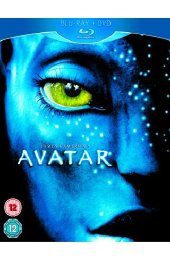 In my belated quest to catch up on the blockbusters I’ve missed in the last decade or so, I finally catch up to the biggest movie of all time (until the next biggest movie of all time came along) James Cameron’s Avatar. It cleaned up at the box office, won several awards, and kick-started the most recent, and probably the longest lasting dalliance with 3D in the cinema, and in the home. For me, 3D and movies just don’t mix, and there was so much hype around this film, that it quite quickly damped down any enthusiasm I had to watch it, even though it came from the director of The Terminator, True Lies, and Aliens (although to be honest, Cameron also directed the previous biggest movie of all time, Titanic, which I’ve also never felt the need to see). Once a movie gets a certain level of notoriety, it can feel as if you’ve watched it without ever actually watching it, and given the odd glimpse of Avatar I’ve had over the years, either in trailers, reviews, or TV broadcasts, I’ve never felt the need to watch it through. But I figure eleven years is long enough, especially as I’m assiduously avoiding the final two Avengers movies instead now. 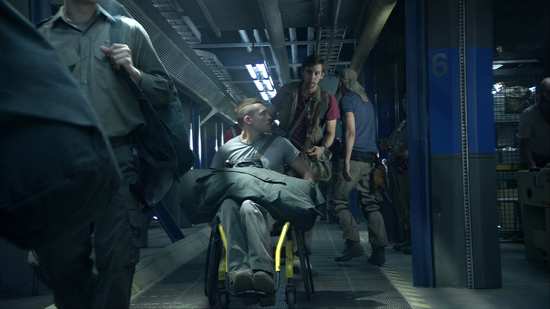 Pandora is a world where there are deposits of Unobtainium, the miracle element that humanity needs, and they are there in force to mine it. The problems are two-fold; the atmosphere is inimicable to human life, and there is an indigenous intelligent aboriginal species, the Na’vi. To communicate with the Na’vi and better exist in the environment, scientists have developed Avatars, combining human DNA with Na’vi DNA to create beings similar to the Na’vi. A ‘pilot’ will then control these Avatars by immersion technology, essentially becoming the Avatar. 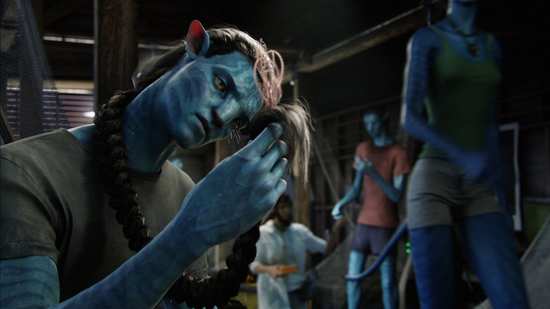 Tom Sully was a researcher whose DNA had been sampled to create an Avatar, and he was meant to take the trip to Pandora and join the research project there. But he died in a mugging. But his twin brother Jake is a match for the DNA. He’s a war veteran, a paraplegic who is the last choice that the scientists on Pandora would make, but for the corporation, and the military there, a military mind driving one of the Avatars is the perfect opportunity to conduct some recon. But then Jake meets an alien girl... 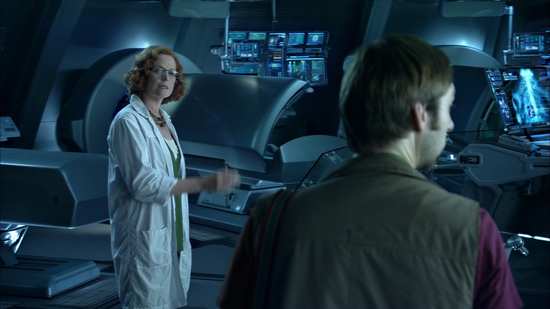 Avatar has been released in several versions, Collector’s Edition with extended versions of the film and extras, and the 3D version, but I went for the budget basement version. This is the theatrical version of the film on a barebones disc, or in this case discs as the case also holds the DVD version of the film. 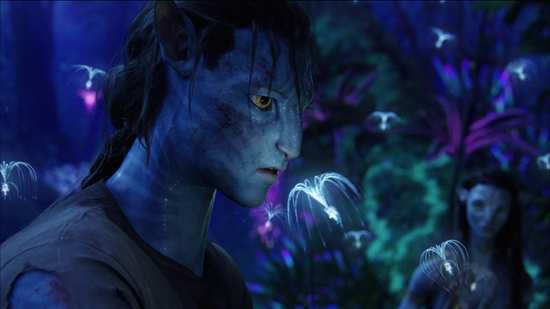 Avatar gets a 1.78:1 widescreen 1080p transfer (James Cameron’s preferred aspect ratio for the home versions), with the choice between DTS-HD MA 5.1 Surround English, DD 2.0 Stereo English, DD 5.1 Surround English Audio Descriptive, and DD 5.1 Surround French, Spanish, and Portuguese, with subtitles in these languages. There is nothing to pick holes at when it comes to this transfer. The image is brilliant, pixel perfect, and the audio is delightfully immersive, with James Horner’s score a significant part of that. The image is clear and sharp, the colours are bright and vivid, and detail levels are fantastic. That’s all with the ever present caveat that nothing in cinema dates more quickly than CGI, and given that the world of the Na’vi and the alien characters are all rendered digitally, your mileage with this film may vary. 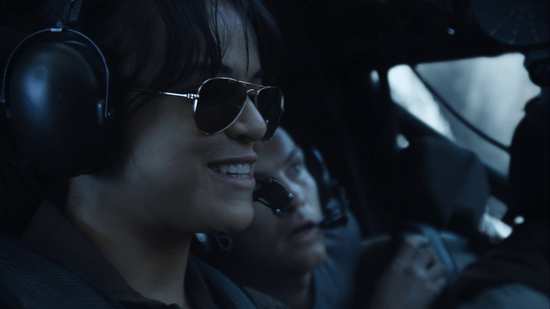 You get two discs in a BD Amaray with one on a centrally hinged panel, a quite woeful DVD to be honest, and the Blu-ray that is the point of this review. The disc boots to an animated menu, and it’s one of those discs that hold position in player memory after being ejected. The film is followed by a THX trailer, if you need the fillings knocked out of your teeth. 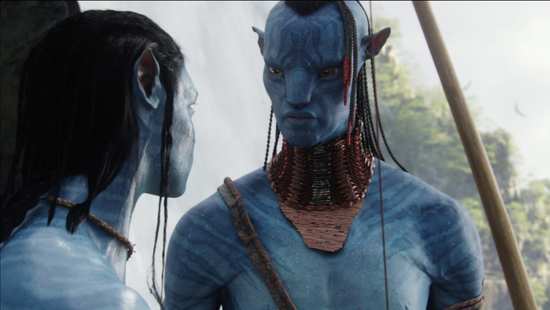 Well, now I remember why I went off mainstream cinema to begin with. Avatar isn’t very good. In fact, I’d call it a bad movie. Fortunately, it’s a watchable bad movie. I was entertained by it, the visuals certainly made the experience worthwhile, and the action was enough to get the blood pumping around the body, and maybe even shifting me closer to the edge of my seat. But it’s a film with many problems, of which the CGI is just the easiest target. Quite frankly, I felt like I was watching the most expensive videogame cutscene in history. But as I just said, nothing dates faster than CGI, and what looks unreal now, was probably cutting edge in 2009. 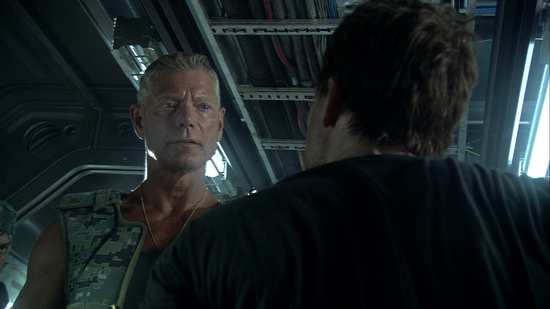 It’s not like I’m complaining anything new here. I’ve heard Avatar called Dances with Smurfs before, but I didn’t realise how apt it was until I watched it. James Cameron would have saved a lot of money, and probably spared us 10 years of another dead end 3D technology if he’d just made another revisionist Western. Cowboys and Indians are transposed to Marines and Aliens, and the allegory isn’t disguised in the slightest. We have tribal aliens, wearing loincloths, warpaint, with braided hair, in touch with the mother Earth or rather Pandora, avoiding the temptations of the invaders. We have the manifest destiny wielding Marines and miners, determined to clear the tree-huggers off the planet so they can get to their miracle mineral. And of course the white man joins the Indians, becomes one of them, and he alone can save them from the other white men. I don’t care if they are blue and alien, Avatar perpetuates the noble savage malarkey that Hollywood has been selling since the year dot, and is really quite offensive when you get down to it, certainly more offensive than True Lies portrayal of terrorists and that still hasn’t got a Blu-ray release. 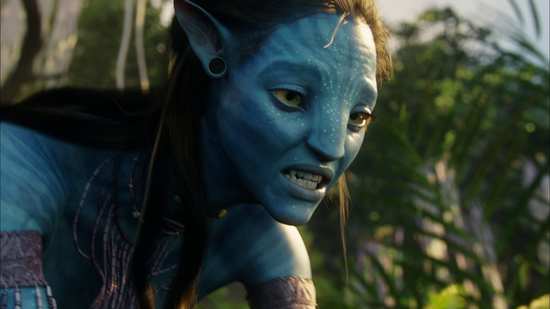 But, once you get by the thinly veiled allegory and swallow the offence, you certainly have a visual spectacle to enjoy, an action packed adventure movie that manages to entertain. There’s a lot of thought gone into making the world of Pandora, presenting an ecology that feels both real and alien, and you get the sense that it all works, that nothing is there simply for gratuitous spectacle. Visually there is a lot to take in, maybe a little too much, as this theatrical version of the film lasts well over two and a half hours, and the extended versions available in the collector’s edition add another fifteen minutes on top. Extended versions of Cameron’s movies can be a slog, and I don’t think I could handle more Avatar, as even this theatrical version was making me glance at the clock at points. 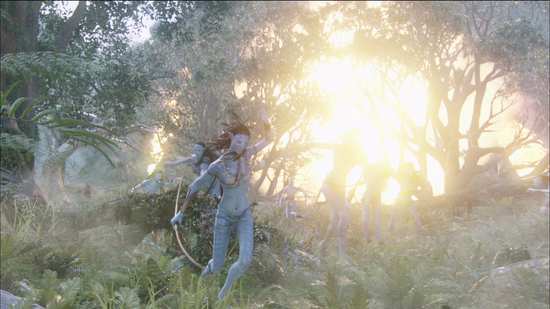 It’s certainly not a film to appreciate aurally, at least in terms of dialogue, as this is a script aimed at the largest common denominator, a film that wants to get as many bums on seats as possible, so the story is painted in broad and simple strokes, so simple that it really could be told in ninety minutes, and the dialogue is dumbed down for that demographic. ‘Unobtainium’? Really? Is this the same ‘Unobtainium’ that they used in The Core, or is this something like Red Matter from Star Trek, or Magic Blood. I really do feel like we’re transitioning into an idiocracy sometimes, and films like Avatar reinforce that opinion, 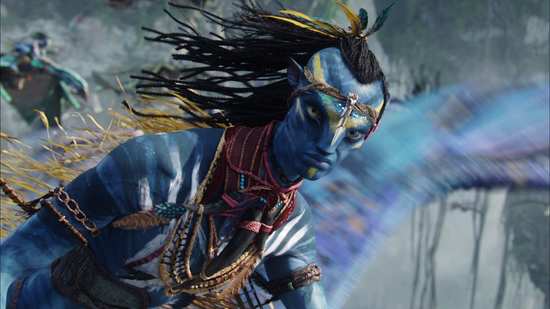 As for the politics, I’ve already mentioned half the problem above, but the other half is a poorly concealed commentary on the second Gulf War which is about as subtle a mallet to the cranium, even using the phrase ‘Hearts and Minds’ at one point. I get it, Avatar was the killer app in 2009, it did for cinema what Jurassic Park did 20 years earlier; a singular event that made the world sit up and take notice. But Avatar is really quite rubbish, it’s an overlong, hyper-expensive b-movie with dodgy messaging. I never thought I’d say this, but Return of the Jedi did it better with the Ewoks versus the Empire. And Cameron’s filmed two of a potential four Avatar sequels. Go figure!

A bit harsh with the review, assuming going by it, that you are not a si-fi fan.

Being a si-fi fan I liked it, very good actors, and visually it is one spectacular alien planet, and as we know there is no getting away from war if someone wants something you have, even if it is in deepest of space.