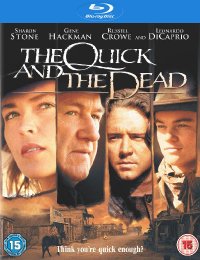 The Quick And The Dead (Blu-ray Details)

The Quick and The Dead Front Cover

The Quick and the Dead

Sam Raimi made his name with The Evil Dead and its sequel/remake Evil Dead II and, aside from the little known films Darkman and Crimewave, was primarily seen as a horror/action director.  In 1995 he released the Simon Moore scripted western The Quick and the Dead, an homage to the Sergio Leone spaghetti westerns of  the 1960s.

Sharon Stone plays Ellen, a woman with a grudge who rides into a Mexican border town, Redemption, which is virtually owned by John Herod, a spectacularly evil Gene Hackman who isn't that far removed from the sheriff Little Bill in Unforgiven.  Herod takes 50 cents of every dollar in the town and rules it with an iron fist, helped by his sharpshooting.  Having chained a bandit to a wagon, Ellen arrives in the town just in time for the quick draw competition with a huge cash prize on offer.  She is almost immediately propositioned by a scarred convict who has just broken out of jail and you get a sense of her character straight away in their four line exchange:
Scars: You're purty.
Ellen: You're not.
Scars: I need a woman.
Ellen: You need a bath. 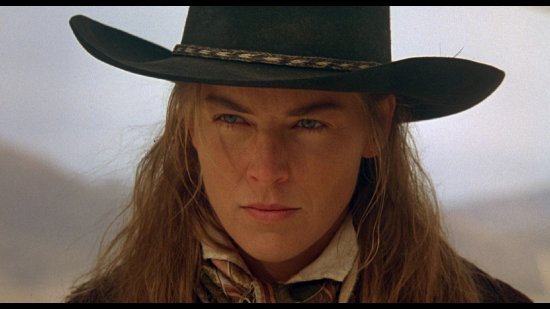 Ellen, known from the outset as 'The Lady' is pretty much a female version of Clint Eastwood's 'The Man With No Name' as she is short on words and high on action, wanting to right wrongs, particularly something from her past involving Herod.  After dismissing Scars, a cocksure young man tries his luck whilst she is sitting and observing in the saloon as the entrants for the competition make themselves known.  'The Kid' also gets short shrift but she soon learns that he, like her, wants to challenge Herod for the sole reason that Herod is his father and 'The Kid' doesn't feel he has his father's respect despite being an extraordinary gunslinger.

Of the various characters entering the competition, only one is there under duress - a former outlaw gunman called Cort who has found God and goes by the moniker 'The Preacher'.  With Herod firmly established as the bad guy and Cort, The Kid and The lady all vying for the 'good guy' role, we know that one of them will face Herod in the final round but the question is 'who?'.

Whereas some people went to see this because it was a Sam Raimi film, others went because it was a western but the majority probably went because of the stellar cast.  With Stone and Hackman in the leads and Russell Crow as Cort, Leonardo DiCaprio as The Kid and other gunslingers played by Keith David and Lance Henriksen, Raimi had his most high profile cast to date with many household names. 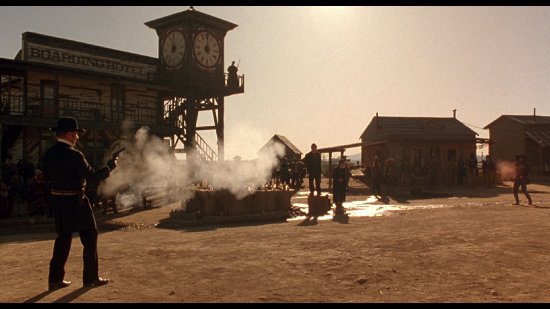 Raimi directs this as if Leone were making another western with comedic undertones as the widescreen (1.78:1 not the  2.35:1 aspect ratio that Leone employed) is used with close ups of the contestants' eyes, the clock tower and spectators to build tension.  Sometimes this homage is cranked way up with some of the crazy camera angles that were such a feature (and still are) of Raimi's work.

The film is probably better if you know and like Raimi's films as you will get the humour, camerawork and even the semi-obligatory 'shemp' (played by long time friend, collaborator and b-movie legend Bruce Campbell).  Saying that, I imagine that this is pretty accessible to anyone as the performances are strong, especially Stone, Hackman and Crowe and the script is witty and involving.  As a fan of Leone's westerns, I got the references and liked it as a nod to the great Italian director and enjoyed Raimi's take on the genre.

The Picture
The Quick and the Dead is a very well shot picture with excellent costumes, production design and set decoration leading to very strong mise-en-scène which is employed to great effect by Raimi.  The created town looks authentic and is a terrific backdrop for the duel scenes.  Raimi's use of the extreme close-up makes a feature out of Sharon Stone's bright green eyes in the same way that Leone did with Clint Eastwood and Henry Fonda's bright blue eyes in the 'Dollars' trilogy and Once Upon A Time In The West respectively.

The picture quality is by and large excellent with good definition, colours and contrast though some of the wider shots contain a little grain which is almost inevitable and doesn't spoil the film.  I'd rather there was a little noise than too much DNR. 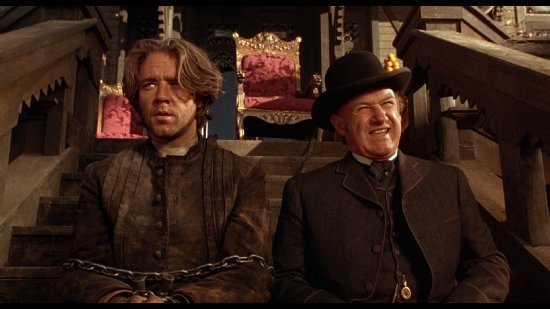 The Sound
There are three Dolby TrueHD soundtracks (English, Italian and Spanish) and these lossless 5.1 tracks really present an impressive soundstage from the gunfire to horses hooves and wind blowing around the town.  Dialogue is nice and clear so, unless you are hard of hearing, you probably won't need the subtitles, of which there are many including English HoH.

The score by prolific composer Alan Silvestri (this was one of five films he scored in 1995) is Morricone-esque without verging on pastiche or parody.  He does a great job of building the tension in the gunfights with the music complementing the editing very well. 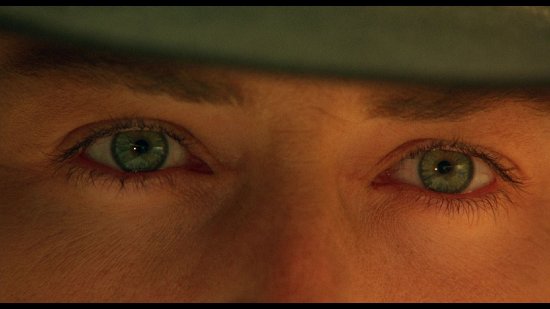 Final Thoughts
As far as contemporary westerns go, the best of the '90s was Clint Eastwood's superlative Unforgiven but I like The Quick and the Dead a lot.  Its release on Blu-ray should be a cause for celebration by Raimi fans but the disc is as vanilla as they come without so much as a trailer.  I would have thought that Sam Raimi would have taken this opportunity to record a commentary and surely there is enough b-roll footage and outtakes to attempt a 'making of' or 'behind the scenes' featurette.  Still, this is lacking in the same way as the DVD so only hardcore fans will want to upgrade for the improved AV quality.