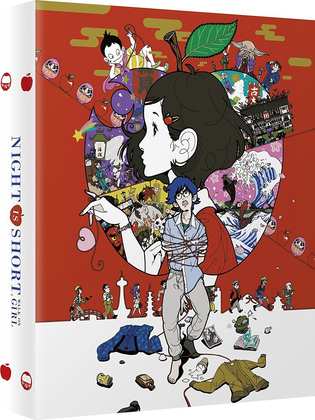 My first review of last week was for Night is Short, Walk on Girl, a Masaaki Yuasa feature film that will certainly tantalise fans of his Tatami Galaxy series. Ostensibly set in the same story universe, Night is Short tells the tale of an ardent young university student, and his pursuit of the object of his affections, as she partakes of the Kyoto nightlife on one particular night when things in the city get weird indeed. Visually the film is striking, but the story might need a few re-visits to get to grips with. Click on the review to read more. 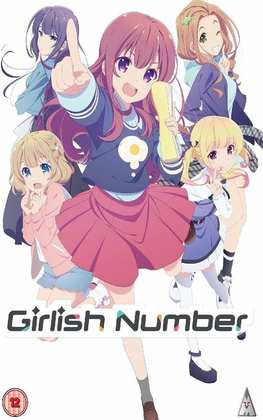 Next up was Girlish Number, a show about anime voice actors. Chitose Karasuma wants to be an anime voice acting star, only she would much rather have the easy road to success. After a year of bit parts, her cynicism is about to hit max, when she actually gets a leading role in a new anime. Only the producers of this particular anime are even more cynical than she is. If Shirobako was the best of the anime industry, Girlish Number shows the worst side of it. 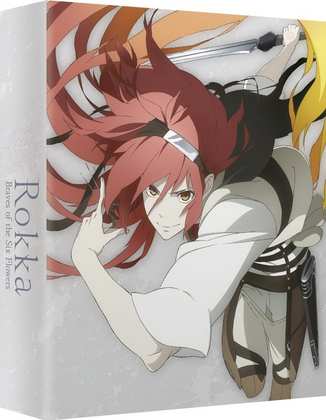 I ended the week with Rokka – Braves of the Six Flowers, a fantasy adventure anime with a twist. Actually there are quite a few twists and turns in this series that actually embraces the mystery genre. When the demons rise, six heroes are called by divinity to do battle, only this time, seven heroes show up at the rendezvous. One of them must be fake, a plant to destroy them from within, and to let the demons win. Finding out who is a risky business. A fresh take on a well-worn genre, Rokka is well worth getting acquainted with. 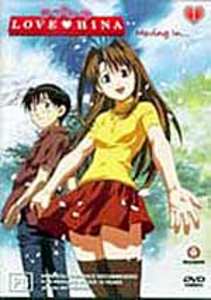 Love Hina. There’s something about first times. You don’t have the experience to discriminate, and the flush of discovery can lay down nostalgic memories and install rose tinted spectacles. Love Hina was the first harem anime that I ever saw. It’s a Ken Akamatsu classic, where an ever failing wannabe university student becomes the manager of a girls’ dormitory. Cue plenty of awkward falls and random nudity. Also meet the most violent girl to ever fall for a male protagonist ever in Naru Narusegawa. And I still love this show. I love the characters, and I love the way that it manages to give a little heart and warmth to them in the middle of all that comedic chaos and mayhem. It’s not the best harem anime, and it’s certainly not on any top ten lists, but Love Hina is my favourite harem anime.

MVM released Love Hina in single volume form back in 2004, and it’s currently available from them in complete collection form. Here's my review of volume 1. The boxset collects the six discs of the series, and the Spring and Christmas specials. It’s missing Love Hina Again though, and you can consider that a bullet dodged, as not even I can get nostalgic for the OVA.