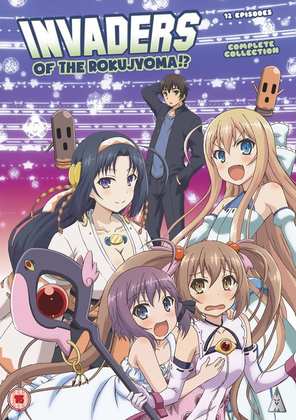 Let’s get on with the reviews, beginning with the only new title this week, Invaders of the Rokujyoma!? It’s a show about a boy who starts his independent life at high school by getting a ridiculously cheap apartment, only to find that he has to compete with four pretty girls to stay there. It’s another harem comedy, but before you roll your eyes, Invaders does something a little different. It’s adapted from a light novel, which plays with its concepts. The protagonist has to deal with a ghost, an alien princess, a subterranean shrine maiden, and a magical girl who all want to live in the apartment. It manages to hit all the tropes and clichés, and inject a little originality too. 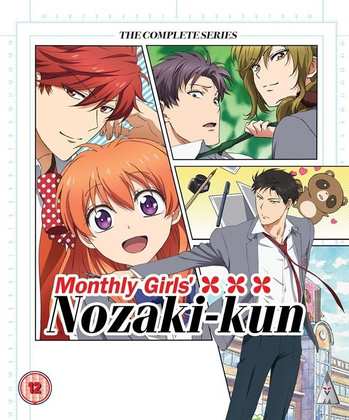 Then I stepped back in time a few months to take a look at Monthly Girls Nozaki-kun, which has been languishing on my to-watch pile ever since I bought it. This romantic comedy improves with repeated viewings, and it also manages to subvert its genre too. It’s set in high school, where else? But the titular Nozaki, the object of the female protagonist’s affections, is actually an established romantic manga artist. While she wants a boyfriend, he’s looking for an assistant, and he turns out to be surprising dense about the very subject that he draws manga about. Click on the review to read more. 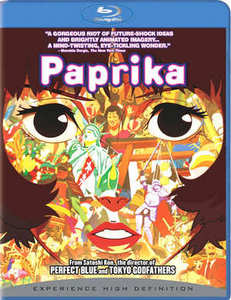 Paprika. Satoshi Kon’s final completed movie is his weakest. Compared to his other films, its plot is somewhat flimsy, it feels unfocussed, rambling, the characters lack definition, and it’s the most self-indulgent of his films. And it’s still a masterpiece! Anime fans watched Inception and cried foul, as Satoshi Kon got there first, exploring the world of dreams with the aid of a fictional technological gateway. The DC Mini was created as a tool for therapists to aid their patients by entering their dreams, only when three prototypes go missing, the real world and the dream world start to blur together. Paprika is visually stunning, conceptually challenging, and a poignant reminder of how great a talent we lost in Satoshi Kon. His weakest film is still better than most other filmmakers’ finest.

Paprika got a worldwide release on DVD and Blu-ray from Sony Pictures in 2007, and it is still readily available on those formats from UK e-tailers. Here’s my review if you need more convincing.

MVM released Invaders of the Rokujyoma!? on DVD and Blu-ray on January 9th, while their Monthly Girls Nozaki-kun came out on DVD, Blu-ray, and Limited Edition combo (with the soundtrack CDs) last autumn.