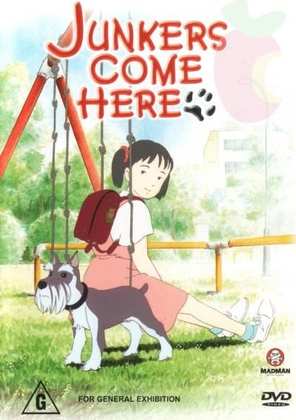 You’ll have to forgive my untimely lack of enthusiasm for Junkers Come Here, whose review I posted last week, but which I actually watched for review several weeks earlier. In the interim, we’ve had Brexit, and the UK has been momentarily reintroduced to Jean-Claude Juncker, the charisma vacuum that is the President of the European Commission, and who has been throwing his full Luxembourgish weight behind his pronouncements on Britain. It’s not the cute little magical terrier’s fault that he shares his name with a current source of political annoyance. I can’t see the politician resolving a little girl’s home life strife, when her ever absent parents decide to divorce. And he certainly never exhibits any pseudo-Ghibli charm. Junkers Come Home is a heart-warming film that is a classic of the medium, but I get the feeling I won’t re-watch it until Brexit is a distant memory. 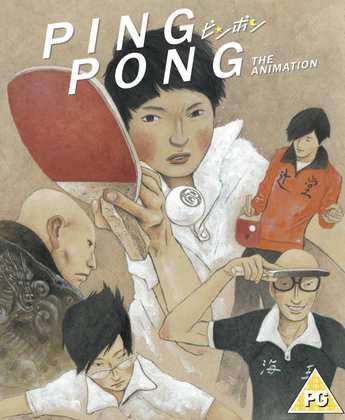 I can wholeheartedly get behind Ping Pong: The Animation though. You probably won’t recall that I reviewed the live action feature film several years ago, and the Ping Pong anime tells much the same story, albeit across 11 episodes, and it’s able to flesh out the characters and storyline even more. It’s about two very different friends who both take different routes to the top of the game. With Ping Pong such a dynamic and fast-paced game, the anime also takes a revolutionary route when it comes to the animation. It may not be to all tastes, but you can’t diminish the quality of the story, which is top notch. 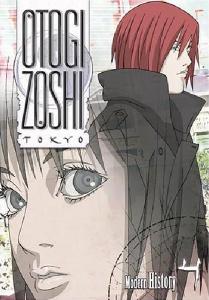 Otogi Zoshi: The Tokyo Arc. A few weeks ago, I was talking about the Heian Arc of Otogi Zoshi, and in terms of episode and volume numbers, the Tokyo Arc is a straight continuation. But really, they are like two different series. The Heian arc was a historical fantasy set 1000 years previously. In the Tokyo arc, the main characters from the Heian arc have been re-incarnated in present day Tokyo, with Hikaru Minamoto the landlady of a complex where Tsuna, Sadamitsu, Urabe and Kintaro live. Her brother Raiko has been missing for the last year, and she’s trying to find him with the help of freelance journalist Tsuna. But as the search continues, the mystery only deepens, as past and present begin to collide. Otogi Zoshi completely jumps genres for its second arc, a supernatural mystery akin to the X-Files, yet it still works fantastically in step with the first arc. Above all, I love the opening theme. Where else do you get anime characters singing the theme song?

Otogi Zoshi was a game of two halves in the UK as well. Manga Entertainment released both arcs, but while the first half retained the extra features, and the translated subtitles, they had an economy drive for the second half, stripped out the extras and switched to dubtitles. I went and imported the Tokyo Arc from the US, released on three, two-disc volumes by Media Blasters. Here’s my review of Volume 4. It’s deleted in the US and the UK now, although surprisingly, you’ll still find ‘new’ copies on sale at UK e-tailers, a sign that Otogi Zoshi didn’t sell for Manga Entertainment. For the US release, your best bet is second hand at this time.

Speaking of deleted, Junkers Come Here is also a blast from the past. Madman Entertainment released it on DVD back in 2005, and Bandai Entertainment released it even earlier in the US, and for either version, your best bet is second hand again. The Ping Pong Collector’s Edition is all brand new though, released by All the Anime on Blu-ray/DVD Collector’s Edition and standard DVD today.