If you’re a UK anime fan, chances are that you’ve wandered by the Anime UK News website and forums, a great community and a useful source of information most times. Only right now you’ll find a page not found error. That’s because the site has been taken down after it was hacked. If you’re a member of the forum there, and you use the same password or similar elsewhere, it’s time to change your passwords wherever you use them. 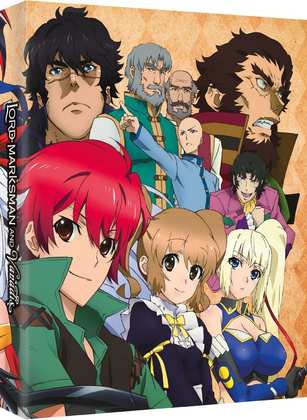 Just one new anime review for you last week, and it came right at the end. I took a look at Lord Marksman and Vanadis, and was blown away by a great opening episode. It’s a fantasy epic, featuring an alternate mediaeval Europe torn apart by war and strife, under the thrall of feudal lords with designs on their neighbours’ lands, as well as the crown. One lord is kinder to his people, more loyal to his king, but is taken prisoner by a war maiden from a neighbouring nation, who is smitten by his bravery. It sounds like a fantastic story, and it certainly starts off that way, but you’ll have to click on the review to see if it lives up to that initial premise. 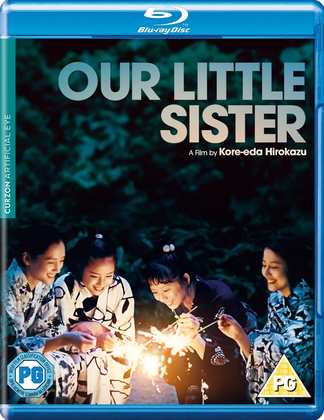 It’s the second week in a row that I’ve had a live action adaption of a manga to review, and once again it’s well worth looking into if you want a break from the animated form. Our Little Sister is an adaptation of the Umimachi Diary manga by Akimi Yoshida, although that hasn’t been translated to English. It’s a great slice of life drama that sees three sisters encounter their younger half sister at their estranged father’s funeral, and invite her to live with them. It’s a tender, bittersweet, and gentle tale of reconciliation and family, as well as a window into the life of a community. Click on the review to read more. 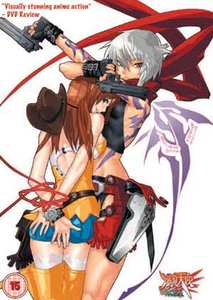 Burst Angel. Gonzo studios had the habit of making the same show over again in different clothes. It was their base state from which they rarely strayed, the futuristic sci-fi, action, comedy, mystery, drama mash-up, with a throw-everything-at-the-screen climax. If you see one, you might think it’s the best thing ever, the second and third might be good, but once you get to the seventh or eighth iteration of the formula, it becomes hard to enjoy. The first such Gonzo sci-fi show I watched was Kiddy Grade, and it’s still one of my favourites, but by the time I got to Black Cat and Trinity Blood, their formula had become predictable and staid. Burst Angel is one of the early ones, and a show that I still enjoy. It’s Charlie’s Angels with guns, in a lawless future Tokyo, where genetic engineering is about to reap a whole lot of havoc. The main protagonist is a taciturn gunslinger named Jo, with a bad attitude and a fondness for zombie movies, as well as a dark past that she’s running from. Her best friend Meg has a tendency to get kidnapped, while Amy is a tech whiz, and Sei the leader of their group. And into the midst of this mayhem falls a hapless student named Kyohei who takes a job cooking for them and winds up in the middle of some hairy situations.

Burst Angel was originally released here in six volumes by MVM, plus a subsequent OVA release called Infinity. Here’s my review of Volume 6. It’s worth noting in these days of textless credits and trailers that Burst Angel was jam packed with extra features, the radio dramas and shows that accompanied the broadcast in Japan were included on the discs, subtitled in English, adding up to almost an hour of extra material per disc. The OVA might have been just a 20-minute episode, but the disc also contained a digest movie of the series. Those single volumes are out of print, but you can pick up the Complete Collection from MVM collecting all six volumes and the Infinity OVA, and for a contrast, here’s Matthew Smart’s review of the collection.

All the Anime released Lord Marksman and Vanadis on DVD and Blu-ray Collector’s Edition last Monday. Curzon Artificial Eye release Our Little Sister on DVD and on Blu-ray today.