MCM Comicon just wasn't enough for some people, and it turned out that Anime Limited have even more for us to get excited about, including Riddle Story of Devil, Lord Marskman and Vanadis, and my personal moment of squee, Noein ~to your other self~, the latter on Blu-ray for the first time in the UK. 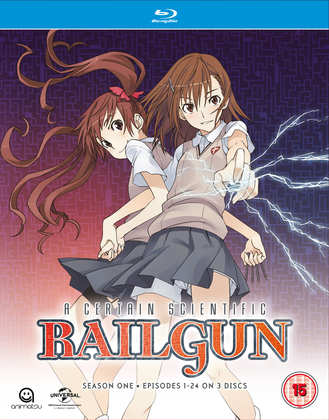 Let’s begin the reviews this week with A Certain Scientific Railgun: Complete Season 1. This is one show that fans have been looking forward to for years, and now that it’s finally here, I wish I could say that the review was late because I really took the time to savour the experience. It’s actually just late. That doesn’t stop the series from being all kinds of awesome though, ditching all that was tedious and problematic about A Certain Magical Index, keeping all the good, and adding a delightful mix of slice-of-life and overarching storyline to boot. 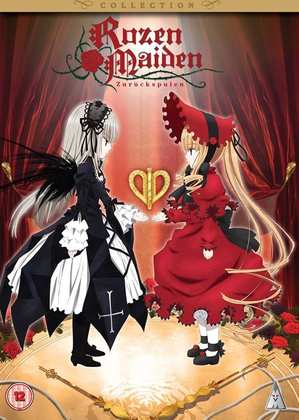 It stayed good for my next review, Rozen Maiden Zuruckspulen Complete Collection. It all went a little Sliding Doors for this third iteration of the boy meets living dolls anime series. Jun Sakurada was a young recluse in the first two series, who encountered a doll named Shinku, an encounter that instigated a whole lot of fantastic adventures. This third season takes a look at what Jun’s life would have been if he’d never met Shinku, at least not until his twenties, when he’s working a dead end job, and trying to catch-up on that missed education. It’s the most mature and rewarding of the Rozen Maiden series I have seen so far. 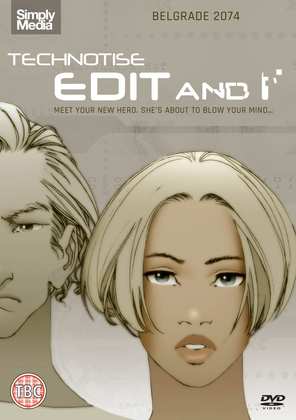 It’s not an anime although it’s been compared to the medium, which is one reason I was drawn to Technotise, Edit & I. The other is that it’s a cyberpunk story. This Serbian film is set in a future where a girl named Edit, looking to cheat on her exams gets an illegal chip implanted, only that has an unexpected interaction with a bit of top secret scientific research. Suddenly she’s developed a second personality and some serious kung-fu skills. It’s an intriguing film, but one where you have to battle the technical deficiencies of the DVD to enjoy it. 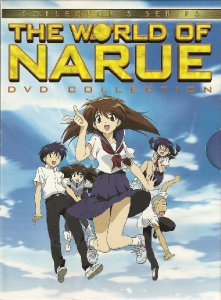 The World of Narue. It’s been a while since I’ve seen an anime rom-com of the old school. No harem, not so much fan service, no tsundere female ready to take offence, and no milquetoast male who has no place in a romance to begin with, just two people gradually, haltingly falling in love over the course of twelve or so episodes. Okay, she’s an alien, and he’s a geek, but the otherworldly female has been a staple of romantic comedies since the days of I Dream of Jeannie and Bewitched. The World of Narue throws in some nice sci-fi as well, with an episode of time dilation for fans to get their heads around; Narue’s older sister is younger than her. It’s a sweet, charming show, very much of the Ah My Goddess school, and it’s easy to get invested in the central couple and the troubles they face, not least a sci-fi fangirl who in a twist from the usual expectations, is on a mission to unmask Narue as a fraud.

When I reviewed it some years back, I found The World of Narue to be entertaining but unimpressive, but I have to admit that its charms hold up for the re-watch. Would you believe it was released in the UK? ILC licensed the show, crammed it all onto two discs, stripped it of extras, subtitles and Japanese audio and released in 2006 as dub only. You might find those discs second hand, but you don’t want that. What you want is the US Central Park Media release from 2003 of the show that I bought, on four discs, and brimming with extra features. Of course that’s gone the way of Central Park Media, although you might find a few second hand copies at inflated prices. But in 2009, Sentai Filmworks rescued the license, and while they might have stripped the extras, they do have the Japanese audio track and subtitles, and I daresay the new transfer will have dealt with the rainbowing issues on the CPM release. That Sentai release is still available for import from Region 1.