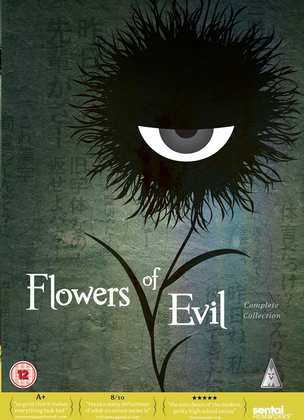 After a big week of MCM news, it’s straight into the reviews this week, beginning with Flowers of Evil. This was quite the controversial show when it was released back in 2013, not least because of its uncompromising story, but also because of the animation techniques used in its creation. Eschewing the usual anime aesthetic, Flowers of Evil was created by rotoscoping over live action footage. It’s the perfect choice for its gritty, teen drama in my opinion. But some viewers decry its look as ‘not anime’. For me it was one of the best shows I have seen in recent years. Click on the review to see why you really should give this show a try. 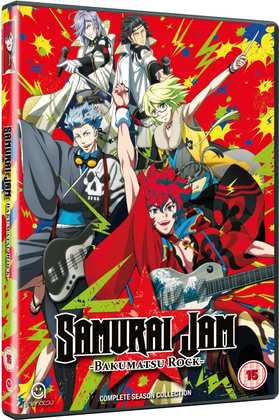 From the highs to the lows, as I next looked at Samurai Jam – Bakumatsu Rock. It’s another anachronistic historical blast, as we once more venture into the Tokugawa era, reinvented for modern sensibilities. The Shinsengumi militia are now pop idols, who use their government mandated pop music to pacify and control the masses (Simon Cowell is their manager). Into this Kyoto comes one man who wants to play his guitar and rock. But rock and roll is illegal in this historical reimagining. Click on the review to see why I had more fun writing that paragraph than I did watching the show. 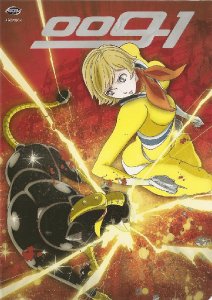 009-1. After being somewhat disappointed by Kenji Kamiyama’s re-imagining of 009 Re:Cyborg a few months ago from Anime Limited, I decided to take in a Shotaro Ishinomori adaptation that had greater appeal for me when I last watched it. Despite the similarities in title, 009-1 was a different story, a tale about spies in a future where the cold war never ended instead of the contemporary setting of Cyborg 009. Alas, the show that I enjoyed so much when I first watched it, fell flat on re-visitation. As I said in the review at the time, it’s a show that revolves around its central character, the cybernetically enhanced secret agent Mylene Hoffman, first of the 009 series. This time around, I found her to be really dull and uninteresting. Years of James Bond have taught us to expect secret agents to be suave, in control, and confident. In Mylene Hoffman, that’s translated to emotionless, and infallible, which makes for a dull character, and it’s made even worse in the Japanese dub by a lifeless performance from the voice actress. The English dub improves in that sole respect, but it’s not a great dub, and it can’t fix the blandness of the character. You can’t beat Read or Die, or Darker than Black when it comes to anime secret agents.

I reviewed the US ADV discs as part of my snatch and grab of their inventory when the company went under. Here’s my review of Volume 3, which I liked more then, than I do now. It obviously didn’t sell well in the UK, as some ‘new’ volumes are still available from e-tailers, although you might have to look to second hand to complete the collection. While Funimation rescued the license in the US, their budget S.A.V.E. release is now only available at ridiculous prices for new, or you could look second hand for it, or the old ADV discs. In my research, I did find a 2013 live action 009-1 film. I don’t think I’ll get it.

Flowers of Evil Collection is out on DVD today from MVM. Samurai Jam – Bakumatsu Rock was released on DVD and Blu-ray by Animatsu on October 19th.