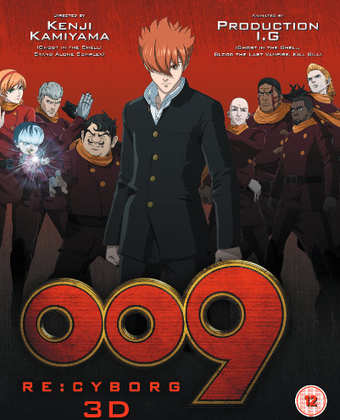 My first review last week was for 009 Re:Cyborg Collector’s Edition. This is a film that I have long wanted to see, as it offers Kenji Kamiyama’s (Ghost in the Shell: Stand Alone Complex, Eden of the East) take on the classic Cyborg 009 manga series from the 1960s. That saw a multi-national team of cyborgs combating the forces of darkness during the heart of the Cold War. For 009 Re:Cyborg, Kamiyama has updated the story to a more recognisable modern day setting of grand terrorism, religion, disillusionment with state, and conspiracy theories, giving the 1960s design a 21st Century 3D CGI makeover in the process. But as I discovered, there are more than a few flaws in the update. Click on the review to read more. 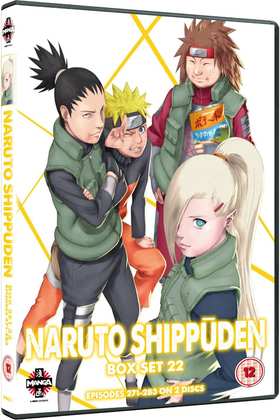 Then it was the turn of Naruto Shippuden Boxset 22, which continues on what looks like a long run of Ninja War episodes. When stories get epic, they tend to get impersonal, but there are points of interest in this collection, not least an engaging character arc for the Ino-Shika-Cho team. This is also the collection that sees Naruto finish his training, end his seclusion, and race off to join the battle. 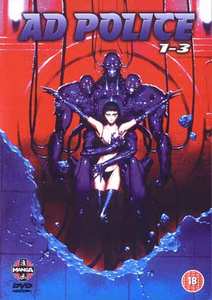 OVAs, two of them. This was the week that I revisited one of my first anime purchases, AD Police, a show that I bought on VHS as part of the Cyberpunk Collection from Manga Video way back in the mid-nineties. This DVD release came some years later, and it really just collected those OVAs again, making this a show one that really does need a re-master and given that it’s cel anime, an HD release. The DVDs are English only, with a notoriously bad English dub, not that this particular title needed Manga Video’s brand of fifteening. It’s pure cyberpunk, set in the Bubblegum Crisis universe, but grittier and gorier, riffing off movies like Blade Runner and Robocop for its stories. The DVDs are still available to purchase from UK e-tailers, although I guess that the license itself is deleted from Manga’s catalogue after all this time. Here’s that Cyberpunk Collection trailer. 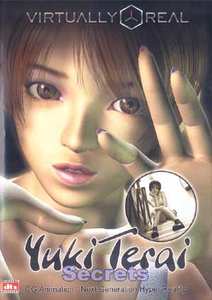 Then it was Yuki Terai – Secrets, a disc that reminds us, not that we need it, that nothing dates faster than CGI. There was a time during the infancy of cheap digital animation, that digital idols became an obsession in Japan. That’s evolved into the Hatsune Miku phenomenon now, but back in the early 2000s, there were a plethora of CGI girls for fans to obsess over. Escapi Entertainment tried bringing them over to the UK, and this Yuki Terai disc was one of them. The 8 OVA episodes within play like computer demos, graphics that modern consoles and handheld devices would laugh at, but which still hold a degree of amateurish charm. Believe it or not, you can still buy this DVD on sites like Amazon, and at dirt cheap prices too. No trailer for you, but you can probably find the animations on Youtube if you look.
All the Anime a.k.a. Anime Limited released 009 Re:Cyborg as a Collector’s Edition Blu-ray DVD combo last Monday. There will be a DVD release later down the line. Naruto Shippuden Boxset 22 was released by Manga Entertainment, also last Monday.