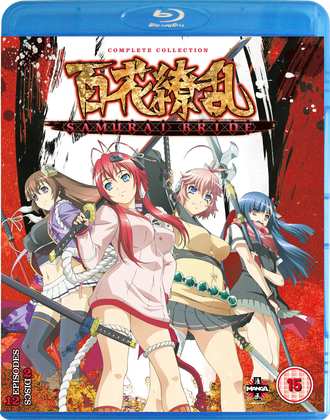 Just reviews last week, even though big things were afoot at San Diego ComiCon. It looks as if the big US anime distributors blew their wad at Expo the week before, however. First up was Samurai Bride, which is the sequel to Samurai Girls, released here a few years ago by Kazé Entertainment. It’s more of the same samurai girl-fighting action, combined with egregious fan service, in what would normally be classed as a generic shonen/harem mash-up. But just like the first series, Samurai Bride throws a fair budget at the screen, with a distinct art style, and an ink-blot action aesthetic. See whether I was beguiled by this by clicking on the review. 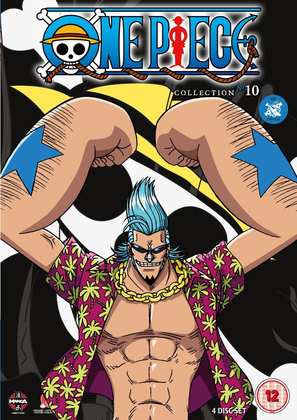 The final anime review of the week was for One Piece: Collection 10. It’s a little late, but it’s definitely worth the wait, as this is where One Piece adds a new string to its bow, offering engaging and well-written character drama on top of its usual wacky characters, goofy comedy, and insane, over the top action. It’s the start of the Water Seven arc where the Straw Hat Pirates go looking for a shipwright for their crew, and repairs to their ship, but where they find conflict and betrayal among their own number. On top of all that, there’s a conspiracy unfolding on the island. 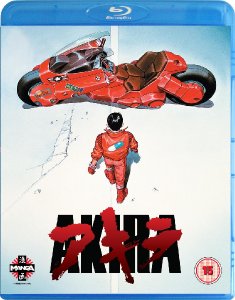 Akira. Had to happen eventually, but I got around to giving the classic cyberpunk anime movie another spin. There comes a point where you re-watch a film often enough, that it becomes familiar, comfortable to the point where you know exactly what’s going to happen, can quote the lines along with the film, and don’t even really need to actually watch it to watch it. It can be on in the background and it will serve as a sufficient reminder. I first saw Akira when it was broadcast on television, and courtesy of a home VHS recording made at that time, I must have seen it ten or fifteen times on that tape. I then bought Manga Entertainment’s DVD release, the one in the digipack with bonus disc back around 2002. I’ve watched that around 10 times. I’m now onto the Blu-ray and this is my second time around with that. Some films lose their effectiveness with repeated exposure; Akira isn’t one of them, with its cyberpunk story, its intense visuals, and its redefinition of a medium just as strong today as it was when it was first released.

Manga Entertainment released this Blu-ray back in 2011, and it’s still readily available today, and at bargain prices. The first release of Akira in the West on Blu-ray was handled by Bandai Visual, who simply imported and repackaged the Japanese domestic release (which had English assets, the Pioneer re-dub and English subtitles). It also has a 24bit, 192kHz Dolby TrueHD 5.1 Japanese track, a rare ‘Hypersonic’ Blu-ray release that goes far beyond the usual 16bit 48kHz lossless audio that most Blu-rays get. This leads to the odd moments where you get the audio bitrate outstripping the video bitrate. This is the same disc that Manga released, and as you can guess it maxes out the bitrate, throws in a few token extras, but still packs a dual layer Blu-ray to the brim. Then a couple of months later Funimation announced their re-release of Akira, which apparently has the same content, but finds room for over an hour of extra features as well. Normally this would be an occasion to whinge, but I don’t buy it. To get the extra content to fit, Funimation compromised on the video (they post-processed it to increase sharpness and boost the colours), and they reduced the Japanese audio to a 16bit 192 kHz track. Even with all the extra features and the original Streamline dub, the Funimation disc is some 5 Gb smaller than the UK release. For a video and audiophile, the Bandai and the Manga disc is by far the better option.