So Manga went all teasy and coy on Twitter about their forthcoming podcast, and that something new and pleasant for fans would lurk within... Then Toei went and announced on their site that Manga Entertainment have licensed the original Dragon Ball series for the UK, and the first release would be in summer 2014. You don’t complain about spoilers when they come from Toei. Distributors must worship at the altar of Toei, and sacrifice virginal anime fans to the great gods Goku and Luffy!

No such shenanigans from MVM, who took to Twitter to deliver some Christmas cheer. Long the bastions of the regular edition release in the UK, MVM confirmed that Fate Zero will not only get DVD and Blu-ray releases in the UK, but there will be collector’s editions too.

MVM also indicated that they would take a second look at fan favourite Girls und Panzer to see if a Blu-ray release is possible from them in the UK, as previously only a DVD release was confirmed, although they did end that tweet with the proviso, “No promises”.

Promises abound from MVM about three new licences to announce in the New Year though, as they fill out the first two quarters of their schedule for 2014. 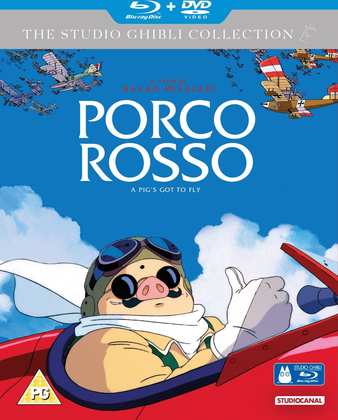 I’ve been churning out those anime reviews, trying to get caught up to the 2013 schedule before I start on the 2014 backlog. Yes... already! The first review last week was Porco Rosso, which was the final Ghibli release of 2013 to get the HD upgrade treatment. It’s my favourite Ghibli, Miyazaki at his best, making a film about a subject that’s close to his heart, aviation. Look out for his final film (to date), the forthcoming The Wind Rises, which should come to the UK in 2014, but revisiting his classic Porco Rosso was a joy, and this beautiful piece of whimsy set in the inter-war years over the Adriatic looks better than ever. 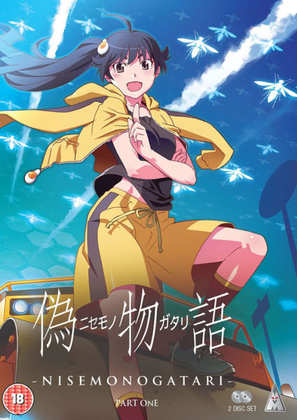 I then took a look at Nisemonogatari: Part 1 on DVD. It’s the follow-up to the fan favourite Bakemonogatari, and like that show, it ladles on the mystery and witty character interplay, through the visually arresting imagination that comes from Studio SHAFT. This second series has a whole lot of fan service to it too, which nudges up the BBFC rating a tad. 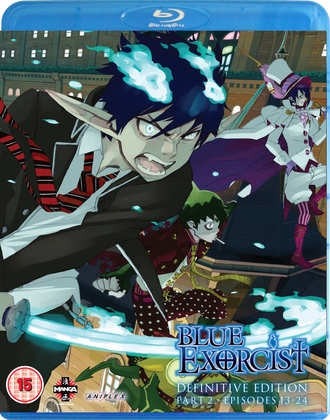 It’s double dip time again, as Blue Exorcist completes its release with the Blu-ray upgrade for Part 2. The initial release of this mainstream supernatural action comedy wasn’t the most satisfying, coming in subtitle only form, and with less than stellar discs. But then Aniplex in the US went back and had the show dubbed, and then they released it in high definition, and say what you will about the series, Aniplex sure makes some delectable Blu-rays. We get that transfer for Blue Exorcist: Part 2 on our Blu-rays too, and it looks very sweet. 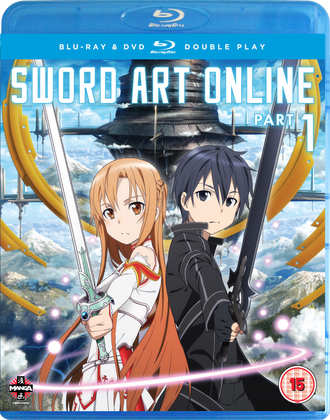 Sword Art Online is another Aniplex title, and in the US they went all out on its Blu-ray release. Unfortunately the same isn’t true for the UK release, if you’re fans of extra features, as we get all the episodes of Sword Art Online: Part 1 on just the one disc sans extras. But if you’re fans of keeping your bank balances out of the red, then the UK release of Sword Art Online probably has one thing going for it, the price. It’s a show about a plucky young game player who gets stuck in an online game with 10,000 other players, where the only way to escape is to complete the game. Yeah, logic takes a flying leap for this one. 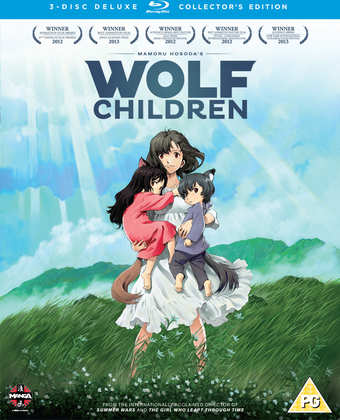 My final review of the week, and just in time for its release was for Mamoru Hosoda’s Wolf Children. If you’ve seen The Girl Who Leapt Through Time and Summer Wars, you’ll be acquainted with Hosoda’s storytelling chops, but for Wolf Children, he ditches the sci-fi, and instead opts for a family-centred gentle fantasy drama, about a young mother bringing up the two eponymous Wolf Children on her own, in an idyllic rural setting. It’s as perfect an anime Christmas movie as you can think of, and it’s out at just the right time.