Sometimes licensing shows is a gamble, especially when they haven’t even aired yet. Usually companies wait for the show to finish a series run, or at least air a few episodes, but with the fans’ desire to get the show as quickly as possible, that period of grace has been shrinking in recent years, to the point where companies license a show on the strength of pre-release buzz alone. It can be a risky endeavour, but when the show is Space Dandy, directed by the man behind Cowboy Bebop and Samurai Champloo, Shinichiro Watanabe, then it’s really no risk at all. You can bet that fans were doing the happy dance when Anime Limited announced that they had picked up Space Dandy for UK release, first streaming in sub and dub versions through Wakanim, and then eventual DVDs and Blu-rays. 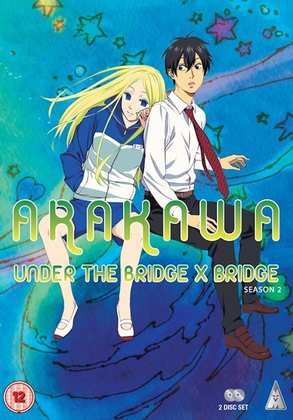 Only the one anime review last week, Arakawa Under the Bridge x Bridge, which is Season 2 of the surreal animated comedy from the studio that brought us Bakemonogatari. It’s really more of the same bizarre comic happenings when the heir to one of the biggest companies in Japan finds himself living under a bridge with a group of society’s least likely, a motley collection of oddballs with some strange philosophies indeed. He does it all so that he can be with his girlfriend Nino, who says that she’s from Venus. 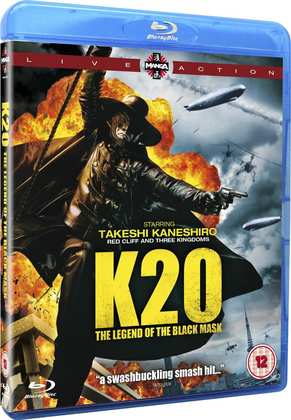 Superhero movies are good. Superhero movies are even better around Christmas time, when a bit of blockbuster escapism wouldn’t go amiss. But have you considered a Japanese take on the superhero genre? K20: The Legend of the Black Mask is one of the better such offerings I have seen, an action movie with great production values and a sense of humour. I reviewed the DVD originally, and liked it so much that I went and bought the Blu-ray, and last week I took a look at this live action movie in HD to see if it was even better. It was...

MVM release Arakawa Under the Bridge x Bridge: Season 2 today, while Manga Entertainment released K20: The Legend of the Black Mask on DVD and Blu-ray a couple of years ago now.