Blu-ray
Dr. Strangelove, or: How I Learned to Stop Worrying and Love the Bomb

Blu-ray
That Cold Day in the Park
Related Articles

Article
The Tunnel sneaks onto DVD this July 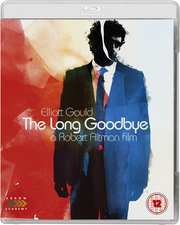 Like a bit of film noir? Then rejoice for Arrow Films have announced the 2nd December release of Robert Altman's classic The Long Goodbye on Blu-ray. Starring Elliott Gould, Nina van Pallandt and Sterling Hayden, this features cinematography from Vilmos Zsigmond.

Arriving with an HD digital transfer by MGM Studios in its original 2.35:1 aspect ratio with an uncompressed mono soundtrack, it also includes optional English SDH subtitles for the deaf and hearing impaired.

Oh and radio spots, trailer, reversible sleeve with the original poster artwork, and a booklet illustrated with original archive stills and posters. The recommended retail price should be around £19.99.

When private eye Philip Marlowe is visited by an old friend, this sets in train a series of events in which he’s hired to search for a missing novelist and finds himself on the wrong side of vicious gangsters.

So far so faithful to Raymond Chandler, but Robert Altman’s inspired adaptation of the writer’s most personal novel takes his legendary detective and relocates him to the selfish, hedonistic culture of 1970s Hollywood, where he finds that his old-fashioned notions of honour and loyalty carry little weight, and even his smoking, universal in film noir, is now frowned upon.