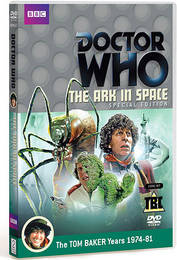 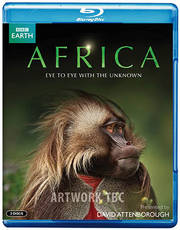 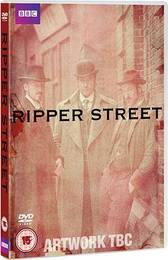 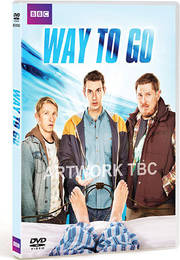 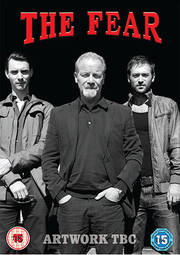 As we slowly creep towards the end of this year, it's always nice to have something to look forward to in the next. So here is part one of our guide to various titles coming from BBC Worldwide in February on DVD and some on Blu-ray!

First up on 4th February is The Fear, carrying a recommended retail price of £20.42 for the DVD.

The Fear is a powerful and emotional drama, looking at the deterioration of crime boss Ritchie, as he struggles to deal with early stage Alzheimer’s and the effects it has on him. This is overlaid with a gripping and chilling story line about a rival gang trying to take over Ritchie’s territory and the lengths they are prepared to go to get what they want.

Then on 18th February we have a batch of titles turning up, the first of which is none other than the classic serial Doctor Who: Ark in Space, retailing for £20.42 on DVD. Starring fourth doctor Tom Baker, the companions for this four parter are the lovely Elisabeth Sladen as Sarah Jane Smith, and jovial Ian Marter as Harry Sullivan.

We aren't sure if this is a re-release, or a newly remastered version, it's all very confusing!

The TARDIS arrives on an apparently deserted and deactivated space station Nerva, otherwise known as the Ark, orbiting Earth in the far future. There the Doctor, Sarah and Harry discover the last survivors of the human race held in suspended animation, Earth having been evacuated thousands of years earlier when solar flares threatened to destroy all life.

Is a post-watershed comedy drama set in Stockport more your thing? Then Great Night Out: Series 1 also arrives, with an RRP of £25.52 for the DVD.

This follows four male, mid 30’s, mates as they enjoy a weekly boys get-together. They undoubtedly get into all kinds of scrapes along the way and regularly have to ‘help’ each through romantic, work and family problems Great Night Out charts the lads attempts to right their worldly wrongs, so long as they don’t have to move too far from their local, the footie or greasy spoon to do so.

Joining these is the documentary series David Attenborough's Africa, priced at £25.52 for the DVD and £30.63 for the Blu-ray, because documentaries like this need to be in HD.

Africa is the latest landmark from the world famous BBC Natural History Unit. Featuring many firsts, Africa takes viewers on a journey of a continent that’s varied and diverse –from stunning colourful landscapes to amazing and captivating animals. Including incredible scenes never seen before, such as giraffe’s fighting and huge cockroaches that eat birds, this series is real must-have for all natural history fans.

Another doing the both-formats-thing is Ripper Street, priced the same as the aforementioned documentary. This is a new crime drama set in the East End of London in 1889, during the aftermath of the Jack The Ripper murders.

The action centres on the H Division of the Metropolitan Police, who have been charged with keeping order in the chaotic streets of East London. Inspector Edmund Reid, a forward thinking detective is haunted by a past mistake. Accompanied by the ever loyal local brawn of Detective Sergeant Bennett Drake and the mercurial brilliance of the American doctor Homer Jackson, Reid seeks to return justice and the rule of law to a world that is forever on the brink of lawlessness.

Lastly for this date we have black comedy Way to Go, starring Blake Harrison and retailing for £20.42 on DVD.

Three ordinary guys who find themselves, forced by an extraordinary set of circumstances, into setting up an assisted-suicide business. After Scott is moved by a terminally ill neighbour’s request to die, and at the same time faced with a predatory female employer, a split from his girlfriend, and a desperate life or death need for cash to pay off his brother Joey’s gambling debts, he and his best mate Cozzo stumble towards what they think is their only solution: an assisted-suicide machine. A deeply illegal situation about which they will have to keep very, very quiet.

Tomorrow we'll look at the batch which turns up on the 25th, until then, enjoy your xmas pressies!