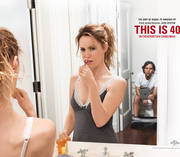 Some films to watch out for in 2013. Watch for more details in the New Year... 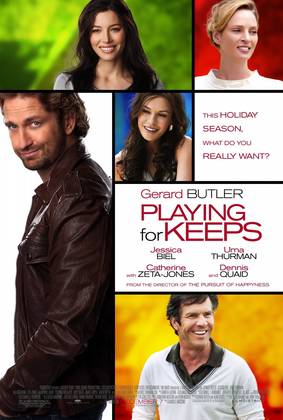 Directed by Gabriele Muccino (The Pursuit of Happyness, Seven Pounds), Playing For Keeps stars Gerard Butler as a retired world famous football star who tries to rebuild a relationship with his son and ex-wife by coaching his son's football team. While football is a hands-free sport, the mothers of the other kids can't keep their hands off the coach, which imperils his plan.

I GIVE IT A YEAR

I Give It A Year is a brand new comedy from the writer of Borat and Bruno that lifts the veil on the realities of the first year of marriage.

Since they met at a party, ambitious high-flyer Nat (Byrne) and struggling novelist Josh (Spall) have been deliriously happy despite their differences. Josh is a thinker, Nat’s a doer…..but the spark between them is undeniable.

Their wedding is a dream come true, but family, friend and even the minister who marries them aren’t convinced that they can last. Josh’s ex-girlfriend, Chloe (Faris), and Nat’s handsome American client Guy (Baker), could offer attractive alternatives….

With their first anniversary approaching, neither wants to be the first to give up, but will they make it? 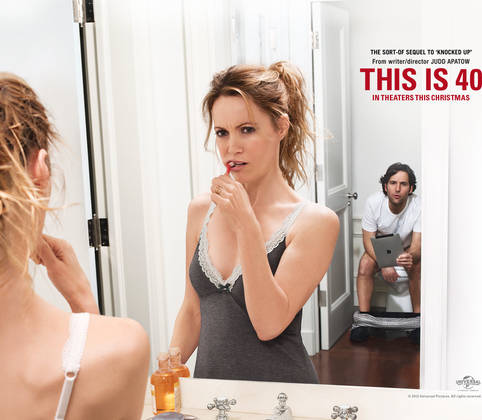 Writer/director/producer Judd Apatow (The 40-Year-Old Virgin, Funny People) brings audiences This Is 40, an original comedy that expands upon the story of Pete (Paul Rudd) and Debbie (Leslie Mann) from the blockbuster hit Knocked Up as we see first-hand how they are dealing with their current state of life.

WELCOME TO THE PUNCH

Welcome To The Punch finds ex-criminal Jacob Sternwood (Strong) forced to return to London when his son is involved in a heist gone wrong. This gives his nemesis, detective Max Lewinsky (McAvoy), one last chance to catch the man he’s always been after. As the two enemies hurtle towards an unavoidable face off, they start to uncover a deeper conspiracy they both need to solve in order to survive.

Written and directed by London born film maker, Eran Creevy, Welcome to the Punch was filmed across the capital and was given unprecedented access to Canary Wharf.

From the award winning team behind Eastern Promises, comes the story of an ex-Special Forces soldier, Joey Jones (played by Jason Statham), who has found himself homeless on the streets after going on the run from a military court-martial.

Most people only dream about becoming a famous superstar but against all odds one man from Wales did just that and this is his journey.

From the director of The Devil Wears Prada, One Chance is the remarkable and inspirational true story of Paul Potts who lived to sing. A shy, bullied shop assistant by day and an amateur opera singer by night, Paul became an instant YouTube phenomenon after being picked by Simon Cowell for 'Britain's Got Talent'. Wowing audiences worldwide with his phenomenal voice, Paul went on to win 'Britain’s Got Talent' and the hearts of millions.

POSTMAN PAT ‘YOU KNOW YOU’RE THE ONE’

The film finds Pat, everyone’s favourite postman, coming face-to-face with the temptations of money, status and a shiny new suit when he enters a national TV talent show competition that threatens to tear him away from his hometown of Greendale and the friends he loves. What happens when kindness meets selfishness? When local fame meets global notoriety? A nice cup of tea is kicked aside by a frappacappucino? Pat is set to find out as he falls for the age old temptation of the grass being greener…

A LONG WAY DOWN

New Year's Eve on the top of a London skyscraper. Martin (Brosnan) is literally on the edge. A once-beloved TV personality, he's now desperate to jump. But he's not alone. Single mother Maureen, (Collette), sassy teen Jess (Poots), and failed musician turned pizza-delivery boy JJ (Paul), have all turned up on the same roof with the same plan.

Instead of jumping, these four strangers make a pact to stay alive and stay together until Valentine's Day at least. Both funny and poignant, A Long Way Down follows this group of unlikely friends as they try to pull back from the brink.

Written and adapted by Stephen Greenhorn from his hugely successful and critically acclaimed stage musical of the same name, this universally appealing contemporary musical is set in Scotland and imaginatively features the legendary music of The Proclaimers to tell a moving and uplifting story.