Article
Docu-drama Saving the Titanic comes to DVD in April 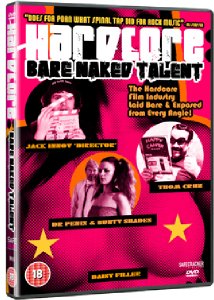 PRODUCED AND WRITTEN BY
MARK WITHERS


THE HARDCORE FILM INDUSTRY LAID BARE AND EXPOSED FROM EVERY ANGLE

The whole bungling enterprise is bank-rolled by two gormless gangsters, Ron and Reg, one obsessed with the immense bosoms of the female cast while the other is more concerned with the Greek leading man's over-endowed bonhomie and manhood.

But Jack is a man on a mission and no mishaps or obstacles will sway him from the creation of his modern minor masterpiece. The show must go on.

Hardcore is released on 16 April and comes with a whole host of extras.