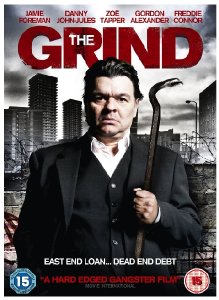 SYNOPSIS:
Vince is the nightclub manager of The Grind in Hackney, East London and having fought his way to a decent living and respectable lifestyle he is determined to settle down and take life easier.

Bobby, Vince's best friend from school, is released from prison and their friendship soon falls apart. Bobby's addiction to cocaine and gambling spirals out of control and he now owes a huge amount of money to Vince's boss, Dave, owner of The Grind and an East End loan shark. Vince's life takes a dramatic turn for the worse.