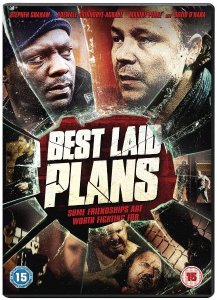 Some friendships are worth fighting for…

SYNOPSIS
In this unforgivingly hard-hitting thriller, Danny (Stephen Graham) and his friend Joseph (Adewale Akinnuoye-Agbaje), are faced with a terrible ultimatum. To pay off Danny's mounting debts to crime boss Curtis (David O'Hara), Joseph must battle his way through a number of brutally violent cage fights. As the fights get tougher so their friendship will be tested to the very limit.


BEST LAID PLANS has a runtime of approximately 108 minutes on Blu-ray 104 minutes on DVD and is rated 15.