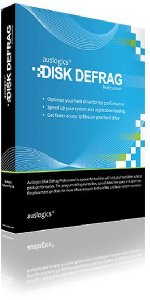 The new Disk Defrag Pro can significantly improve the performance of disk drives thanks to the following features:


In addition to all these features, the new Auslogics Disk Defrag Pro can consolidate free space, supports VSS volume defragmentation, has built-in resource management features, a scheduler and a defragmentation wizard that makes the program very easy to use.

Founded in 2008, Auslogics Software develops a wide range of computer optimization and security tools for personal and business use, including virus and spyware protection, disk cleanup and defragmentation, registry maintenance, Internet speed-up and emergency file recovery.

Software from Auslogics is used by over 10,000,000 people worldwide and is the tool of choice of many IT and computer manufacturing companies, like Sony VAIO, in the US and other countries. Auslogics Disk Defrag was named the best disk defragmentation tool on CNET and other resources.