Article
Edifier Sound To Go PLUS

We've covered lots of Edifier speakers recently, almost all of which have been great. They seem to be prolific manufacturers of speakers.

The Edifier Prime USB is their latest offering, this time a compact little number that has USB audio streaming, and an in-built USB hub as well as a 3.5mm jack for audio input.

Pretty simple really. Unpack everything. Plug in to the mains. Plug in an audio source, either connecting it via USB or by connecting any external audio source (e.g. MP3 player, or connecting your computer via 3.5mm jack instead).

Press the volume switch on the speaker to switch on - the red LED changes to green. And you're away. 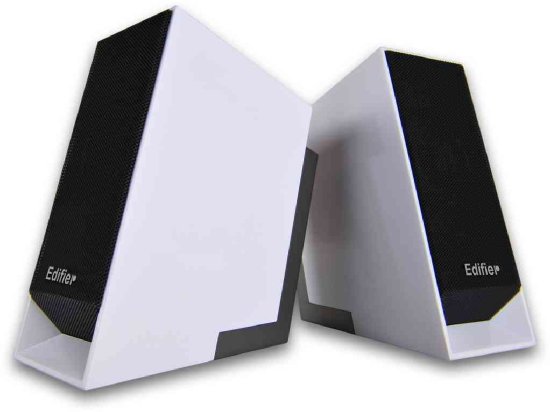 This is a real shame as having speakers that double as a USB hub would be pretty handy given the amount of USB stuff I've got plugged in (mouse, keyboard, webcam, iPhone lead, Camera USB lead, external hard drive, plus things that come and go like USB sticks).

The speakers themselves are ok, and they look a bit funky. The range of response is perfectly acceptable, and they play music well, and handle spoken word material just fine. With the USB options on offer, they're really best suited to a computer but you could use them for listening to other portable audio devices.

Sadly they don't remember their power state, so they always come on in standby. This is also annoying for me as I use a "Power Down" type plug which switches off monitors and peripherals when the main PC power goes down. Everything else comes back up except them. And I know pressing 2 power buttons instead of one isn't the end of the world, but when you're used to just pressing 1, it's a niggle!

It's a nice idea and it's nicely priced, it's just not as good as any of the other Edifier speakers. If you connected them to a laptop dock or you have a compact set up, you'd probably be ok, but this set just doesn't fit with my set up like all the other Edifiers have done. I'll have to stick with separate speakers and USB hub for now...