You know how it is. A US studio hears about a popular anime series, and options it before they even know if it can be translated to the big screen. And for years, anime fans get excited at the prospect of seeing Akira, or Cowboy Bebop, or Battle Angel Alita on the big screen. But nothing ever happens. I've learned long ago not to get excited about Hollywood's announcements regarding anime. But when a movie gets a director to it, it's time to get a little excited. Death Note is that mega franchise that hit worldwide a few years back, an epic and dark manga that spawned a 39-episode anime series, and three Japanese live action films. Warner Brothers optioned it early on, and now there is a director for the Hollywood Death Note. You may know Shane Black as the guy who directed Kiss Kiss Bang Bang. You may know him as the guy who wrote Lethal Weapon. You may know him as the guy who made the off colour pussy jokes in Predator. But an ironic, dark and comic edge just may be what makes Death Note work in Hollywood, and Shane Black would be ideally suited for that. 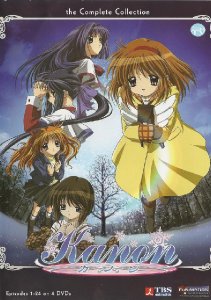 My first review of last week was Kanon: The Complete Collection. It's a show that is yet to make it to UK shores, which is surprising given how much fan appreciation and adoration it has earned since its release. I imported from the US of course, and finally got to see what all the fuss was about. It's a harem anime crossed with a supernatural mystery. An amnesiac boy returns to a winter town after seven years, only to encounter several girls with which he may, or may not have a history. And all of these girls have mysterious sides of their own that he has to uncover. It's compelling, addictive, and rewarding stuff, with great characterisations, and intricate storylines. And it's so cute and sweet that you'll have to book an appointment with a dentist. 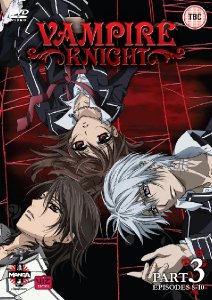 To conclude, I had a look at Vampire Knight: Volume 3. Moody, elegant, Anne Rice inspired vampires isn't my thing. Which makes it doubly odd as to why I am taking to this series so much. Teenaged girls may go squee at the likes of aristocratic vampire Kaname Kuran, and they may indeed drop in a dead faint at the rough edged vampire Zero Kiryu. The average teenaged boy won't go gooey eyed at the sight of cute heroine Yuki Cross, but the average teenaged boy knows which side his bread is buttered, and is probably watching WWE. But beneath such juvenile concerns are some very interesting character dynamics, and an appealing storyline. Click on the review to see why it may be worth peeking under the squee.

Kanon: The Complete Collection has been released three times in the US, and I snagged the most recent iteration, a budget release from Funimation that came out in 2010. Vampire Knight: Volume 3 debuts today courtesy of Manga Entertainment.