DVD
Diary of a Bad Lad

Article
Railways of The World: The 1960's arrives on DVD in February 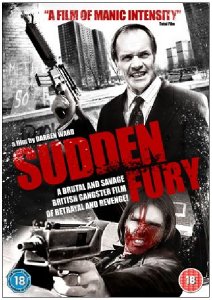 A BRUTAL AND SAVAGE BRITISH GANGSTER FILM OF BETRAYAL AND REVENGE

Randall (Paul Murphy) is a small time crime boss with his eye firmly on his rivals cocaine stash and criminal empire. Randall and his right-hand henchman Jimmy (Andy Ranger) hire legendary hit man Walker (Nick Rendell), to take out his nemesis Harris. With Harris out of the way, Randall plans to take over the sole distribution of Cocaine for the whole South coast of England.

It soon becomes apparent to Walker that Randall never intended to pay for his work. With his plan compromised Randall pulls out all the stops to have Walker killed, but is it Randall who should be worried?

Double crossed and betrayed, the underworld better get ready for WALKER!