Hardware
One For All: Rechargeable Wireless TV headphones
Related Articles

Article
Your T-shirt just got personal

Article
96% of ScanMe members would recommend a personalised barcode

Article
Barcode yourself with the new iPhone app from ScanMe 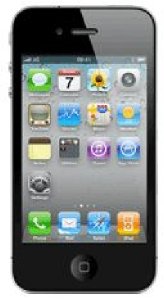 I am many things, and a habitual updater of software is unfortunately one of them. If I run something and a 0.0.0.1 patch incrimental update comes out, I have to upgrade, I have no choice, it is a compulsion. Even if I don't use the software very often, like Mp3Tag or CDEx, it still has to be done. Part of the reason stems from security worries, I don't like parts of my machine to be vulnerable to bugs that might let a hacker into my system. But the other part is perhaps related to why I run a review site, I just like to constantly fiddle with new stuff.

I used to own an iPhone 2G, which was jailbroken so I could use it on Orange, updating on that was always delayed because I'd have to wait for a reliable jailbreak to get released by a bunch of cool guys. Nowadays I have an iPhone 4, which isn't jailbroken at all because I got it off the network I use it on. So upgrading the operating system on it is something I get to do the moment it is released.

Alas the latest firmware iOS 4.2.1 has introduced a bug that is killing my battery life. It has gone from four to five days of standby with a few hours of use, to 100% tanking to 25% overnight. That is quite some increase in usage, without any increase in usage! What is even more confusing is in the General > Usage menu, it says my standby is 1 Day and the Usage is 17 Hours, I think I'd have noticed if I was sitting on it for that long. Unless I'm sleep playing Plants vs Zombies again, which is a possibility I guess, I have been having rather vivid dreams recently, often after watching The Walking Dead.

Much searching of the net has proved useless as to the clue, with many wonderfully stupid suggestions stated almost as fact, hey kids use a computer by any means but don't go on about closing all your multi-tasking applications because they aren't running anyway, that isn't how it works on the iPhone. The only exception here is of course audio streaming apps that you backgrounded, those will hurt your battery but at the same time you'll know they are running, the thing makes noise.

So what is causing the problem? Well I'm not entirely sure, other than it being a bug, but I am wondering if is related to the WiFi. If I reboot the phone and don't launch any applications, things seem quite steady and most importantly whenever I wake up the phone from standby, the WiFi icon isn't on. However if I've launched a few, then the WiFi icon seems permanently on, all the time, it never goes off. This leads me to believe the source of the battery problems is some bug introduced that is making the OS think it needs to keep the WiFi connected even though nothing is using it.

So now I'm randomly launching apps then letting the phone go into standby, then waking it up a few minutes later to see if the icon is on or not. Of course it could turn out not to be the WiFi at all, in which case it's another bug in the system somewhere which is munching me battery power. Either way I'm annoyed, because googling shows a lot of people with the same problem.

I suspect there will be an iOS 4.2.2 out in the next few weeks to fix it. Till then, thanks Apple, thanks. :p

Well, I've had wireless turned off now overnight, and the battery life is back to normal. The Standby time is 17 Hours whilst the Usage time is 51 Minutes, mostly because of the time I've spent beating my friend Judith's score in Bejeweled 2.

So it really looks to be a WiFi only issue causing the battery loss. Rather annoying, but at least I know how to prevent it until Apple fix the bloody thing. I'm not sure if a specific app is actually causing the WiFi to stay on, it seems to be a general firmware bug more than the fault of any one application.