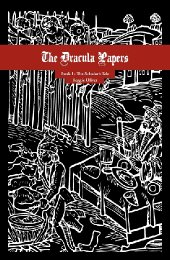 DVD
WWE Beast in the East

Article
Japanese animated Ocean Waves out in January on DVD

I Wonder What Human Flesh Tastes Like is a collection of obsessive and yet crystalline stories set in contemporary Japan, written with savvy that is flawlessly streetwise, literary and metaphysically profound all at once.

From the back cover copy: "If a deracinated Oscar Wilde or Villiers de L'isle-Adam were transported from Europe at the end of the nineteenth century to Japan at the beginning of the twenty-first, their aesthetic ecstasies and mystical revelations might involve otherworldly street fashion, animistic consumerism and mantis-like sexual encounters. This is the world of I Wonder What Human Flesh Tastes Like - a landscape of crystalline obsession where beauty and terror collide. In these ten stories, Justin Isis weighs miniaturised epiphanies of artificial paradise against the immense bleakness of the post-Copernican universe." 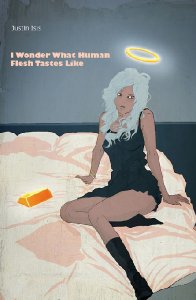 Justin Isis is a young and brilliant writer who has already garnered praise and admiration from such legendary figures as Thomas Ligotti and Jeremy Reed. The plot of one of his stories ('Some Notes on the Artwork of Chris Wilhelm') will serve as the inspiration behind a feature-length film currently being developed by award-winning Malaysian filmmaker Edmund Yeo with the aid of the Torino Film Lab.

I Wonder What Human Flesh Tastes Like is his debut collection. He currently lives in Japan.

"I love these stories for their fractionally off-world message that is always vitally, sexily modern."

"Justin Isis is a genius and an inspiration. I've said so before; and I'll say it again."

Mark Samuels, author of Glyphotech and Other Macabre Processes

Thomas Ligotti, author of The Conspiracy Against the Human Race

The Dracula Papers, Book I: The Scholar's Tale

Bram Stoker's immortal DRACULA told us about Count Dracula as an undead vampire. But how did this come to be? Who was Dracula in real life? There has always been speculation, but THE DRACULA PAPERS now offers the ultimate answer. It takes us back to the year 1576, to the wild land of Transylvania and to the early life of Prince Vladimir who came to be the horror known as Dracula. The result is a story as remarkable and extraordinary as the Bram Stoker classic. Battles, intrigues, sorcery, sexual passion, hauntings, a mechanical tortoise and a burning rhinoceros all have their part to play in a thrilling narrative that nevertheless plunges deep into the mystery of evil. 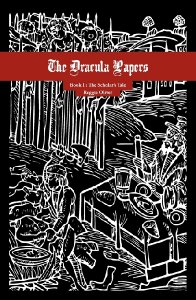 With The Dracula Papers Reggie Oliver presents a grand tour of the sixteenth century, and of every variety of occult lore surrounding the vampire myth, that is rollicking, wise, macabre, but always unexpected.The Scholar's Tale is the first volume of a scholarly and picaresque Gothic Extravaganza.

Reggie Oliver is a stage actor and playwright. His biography of Stella Gibbons was praised as "a triumph" by Hilary Spurling in the Daily Telegraph, his play Winner Takes All, was described as "the funniest evening in London", by Michael Billington in The Guardian, and his adaptation of Hennequin and Delacour's Once Bitten opens at the Orange Tree Theatre in London in December 2010.

He is the author of four highly-praised volumes of short fiction: The Dreams of Cardinal Vittorini (Haunted River 2003), The Complete Symphonies of Adolf Hitler (Haunted River 2005), Masques of Satan(Ash Tree 2007), and Madder Mysteries (Ex Occidente 2009). His stories have appeared in over 25 anthologies and, for the third year running, one of his stories appears in The Mammoth Book of Best New Horror, the most widely read and popular of contemporary horror anthologies.

"Oliver's ability to create a sense of time and place in every one of these stories is exemplary. As a work of spiritual terror it has few peers.The Dreams of Cardinal Vittorini is unquestionably brilliant."

"Reggie Oliver rediscovers many if not all the qualities which make the English Ghost Story classic."

"Reggie Oliver has a controlled and vivid wit, a precise eye and ear for style, and a powerful sense of the strange. an infernally talented writer…"

"Poignancy in love, farcical and dream-consistent, this novella is a masterpiece…"