Article
K-20: The Legend Of The Black Mask hits DVD and Blu-ray in January

Article
Japanese animated Ocean Waves out in January on DVD

Article
Dungeons & Dragons: Wrath of the Dragon God out in January on DVD and Blu-ray 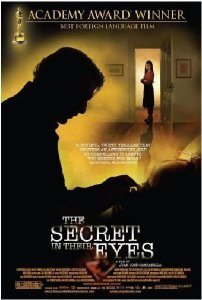 WINNER OF THE 2010 OSCAR FOR BEST FOREIGN LANGUAGE FILM


THE SECRET IN THEIR EYES IS OUT ON DVD FOLLOWING ITS CRITICALLY ACCLAIMED CINEMA RUN:


Having garnered high critical praise and earned over half a million pounds at the UK box office, this year's breakthrough foreign language film, THE SECRET IN THEIR EYES comes to DVD.

For 25 years, a murder case has remained indelibly etched on lawyer Benjamín Espósito's mind. Now retired, he decides to return to the story and in doing so take another look at a past full of love, death and friendship. But those memories, once unlocked and replayed a thousand times over, will change his view of the past and rewrite his future.

Bringing together breathtaking camera-work with a tightly woven plot, THE SECRET IN THEIR EYES is one of the most mesmersing mysteries of recent times.