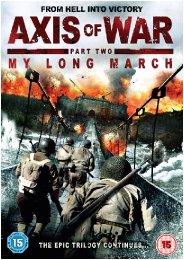 Article
Everyman's War arrives on DVD this May

Article
Swedish director Anders Banke's Newsmakers out on DVD in May 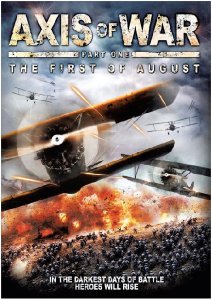 Axis of War: The First of August

The stunning first part of the 'Axis of War' trilogy…

The year is 1927 and the Alliance moves triumphantly from victory to victory in an epic and bloody civil war campaign against the uprisings of brutal warlords and feudal barons that has left the country on the brink of total collapse.

With the nation's fate hanging in the balance, a rebel revolt in the stronghold city of Nanchang threatens to give the insurgents the upper hand and as the first day of August dawns the Alliance, led by some of the bravest soldiers and greatest tacticians the world has ever seen, face their deadliest and most monumental battle yet.

Featuring some of the greatest battle sequences seen on film, The First of August is one of cinema's most astonishing war masterpieces. 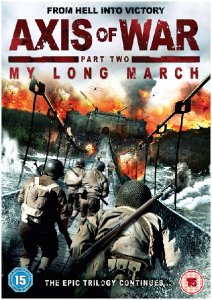 Axis of War: My Long March

The epic second part of the 'Axis of War' trilogy…

My Long March is an epic journey of sacrifice and heroism, as a soldier confronts the chaos of war and the strength of honour.

After a catastrophic enemy bombing raid kills his father, Rui enlists with revolutionary troops to crush the enemy that has ensnared his people in its evil grip. On the treacherous march to the capital, ammunition is scarce and the threat of attack heightens with each step. Soon, Rui's squad encounters a vast battalion of counter-revolutionary soldiers who launch a brutal assault on all who rise and fight against them.

Transformed by the sacrifice he witnesses during deadly engagements on the savage battlegrounds, Rui is determined to honour the heroes with which he fought and show the world that their glorious deaths were not in vain.

Featuring some of the most intense battle scenes ever captured on film, My Long March is a cinematic experience you will never forget.